Fusako Shigenobu apologized after her release, acknowledging the damage her group had caused many people 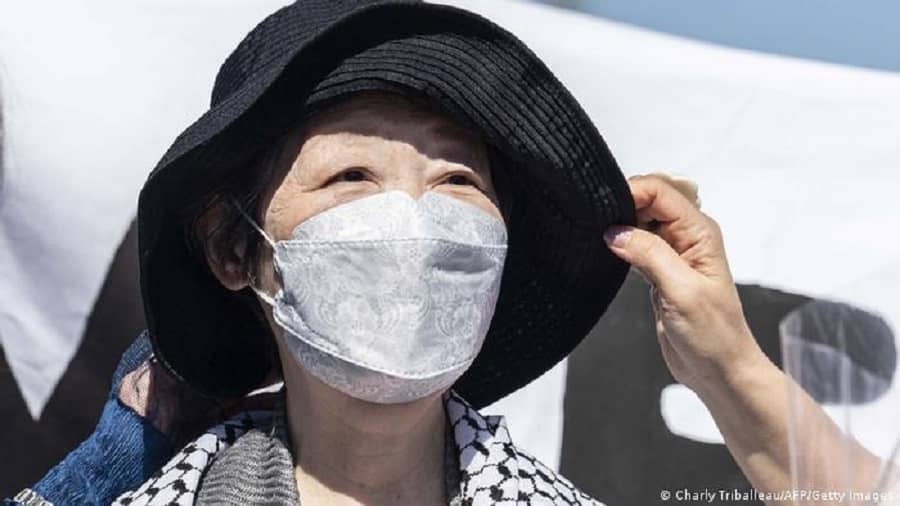 Fusako Shigenobu was among the world's most notorious women in the 1970s and 1980s. She apologized after her release, acknowledging the damage her group had caused many people.

The 76-year-old former militant was among the world's most notorious women in the 1970s and 1980s. The Japanese Red Army carried out several attacks worldwide, working closely with the militant Popular Front for the Liberation of Palestine (PFLP).

Arrested in 2000 and disbanding her notorious group a year later, Shigenobu was convicted in 2006 of masterminding the 1974 siege of the French Embassy in the Hague, the Netherlands, though she was not physically present.

Apart from the embassy siege, the Japanese Red Army is also believed to have been responsible for a 1972 attack on Israel's international airport near Tel Aviv, killing 26 people. Two of the attackers, who used machine-guns and hand grenades, were also killed.

As she left prison on Saturday, Shigenobu apologized and acknowledged that her now disbanded group hurt so many people "by prioritizing our battle."

"I have hurt innocent people I did not know by putting our struggles first. Although those were different times, I would like to take this opportunity to apologize deeply," she said.

Formed in 1971, the Japanese Red Army was closely linked to Palestinian militants. Shigenobu herself, who left Japan at the age of 25, married a member of the militant PFLP and had a daughter with him in 1973.

Shigenobu was diagnosed with colon and intestinal cancer during her incarceration and underwent several operations.

Donning the Palestinian Keffiyeh headscarf, she said after her release that her treatment will be her priority.

"I want to continue to reflect [on my past] and live more and more with curiosity," the AFP news agency quoted her as saying, explaining that she will not be able to "contribute to the society" due to her fragile condition.