External Affairs minister who arrived in the UAE on a three-day visit to the Gulf nation on Wednesday, also hails efforts of Indians in building iconic temple 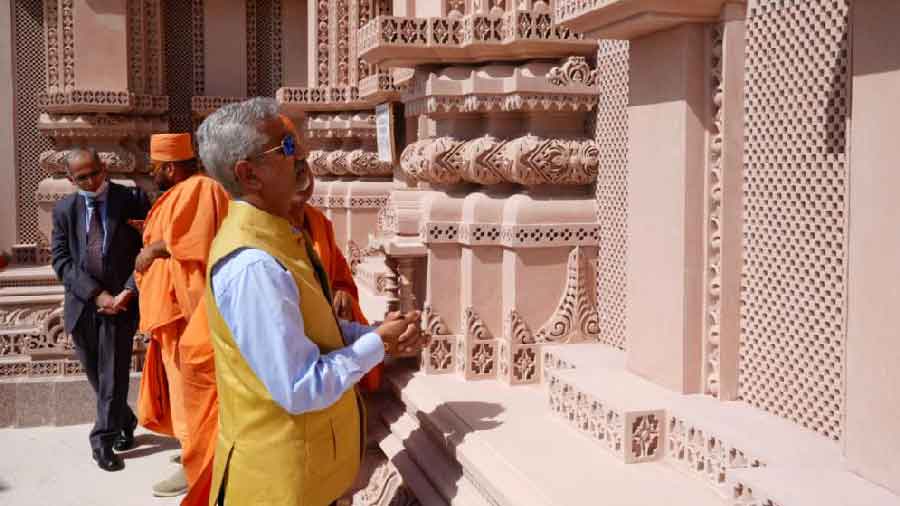 External Affairs Minister S Jaishankar on Wednesday visited the site of the under-construction Hindu temple - the first in Abu Dhabi - and described it as "a symbol of peace, tolerance and harmony."

Jaishankar, who arrived in the UAE on a three-day visit to the Gulf nation on Wednesday, also hailed the efforts of Indians in building the iconic temple.

On Ganesh Chaturthi, blessed to visit the @BAPS Hindu temple under construction in Abu Dhabi. Glad to see the rapid progress and deeply appreciate the devotion of all involved. Met the BAPS team, community supporters and devotees and workers at the site, the minister tweeted.

"Auspicious beginning to the visit of EAM @DrSJaishankar. EAM visited the @BAPS @AbuDhabiMandir site and laid a brick in its intricate architecture. Also hailed the efforts of all Indians in building the iconic Temple, a symbol of peace, tolerance and harmony," the Indian Embassy in the UAE earlier tweeted.

The temple will come up on 55,000 square metres of land. The structure will be hand-carved by Indian temple artisans and assembled in the UAE. It will be the first traditional Hindu stone temple in the Middle East.

During his stay in the UAE, Jaishankar would hold talks with his counterpart Sheikh Abdullah bin Zayed and review the comprehensive strategic partnership between the two countries.