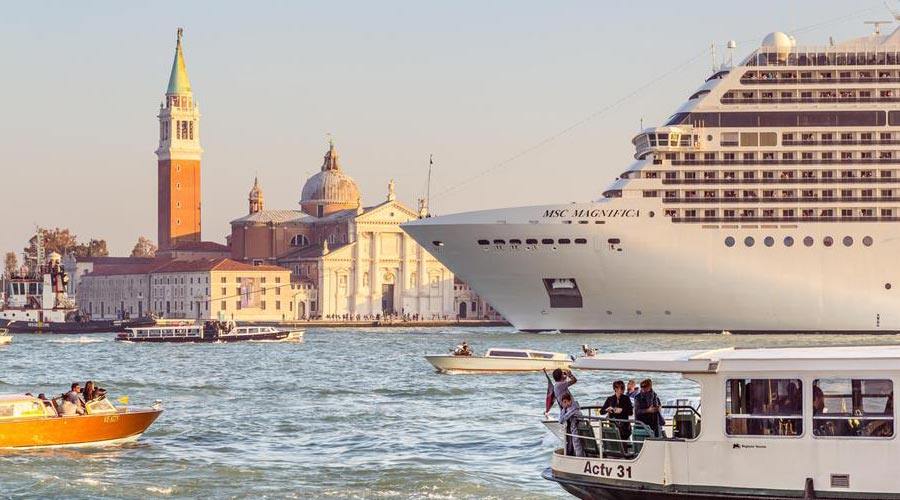 People who don't plan on staying overnight in the Italian lagoon city will have to pay a fee starting in January. City officials insist that the city is still open to tourists.People visiting the tourist magnet of Venice's old city will start paying a fee if they only visit for a day, city officials announced on Friday.

Those who are not planning to stay overnight in one of the city's hotels or other lodgings will have to sign-up ahead of time and pay a fee, ranging from €3 to €10 ($3.15 to $10.50) depending on the season and numbers of visitors that day.

The new rule is set to come into effect from January 2023 and aims to boost revenues from the large number of day-trippers who bring little financial benefit to the lagoon city.

While children and people with disabilities will not have to pay the fee, the hordes of tourists arriving on cruise ships will, unless the cruise company pay's the city a special fee.

Some 19 million day-tourists visited the crowded city in 2019, the last year before the coronavirus pandemic.They represent around four-fifths of the city's total number of tourists.

The reserve-and-pay scheme had been floated before but was put on hold due to coronavirus, which saw tourism disappear and left Venetians alone in their city for the first time in decades.

The city's tourism commissioner, Simone Venturini, rejected the claim that the plan aims to reduce the number of day-trippers. "We won't talk about number cutoffs. We're talking about incentives and disincentives," he told reporters.

Tourists who stay over in the city will be exempt from the fee since they already pay a lodging tax.

Day-trippers who do not book and pay ahead of their visit face a fine of up to €300.

Venturini said the system should "reduce frictions between day visitors and residents" in the small 5 square kilometers (2 square miles) city where tourists often outnumber locals two to one.

The city has been increasingly overwhelmed since the beginning of mass tourism in the 1960s. Its local population has dwindled down to just around 50,000 as residents flee the congestion, high costs and frequent flooding.