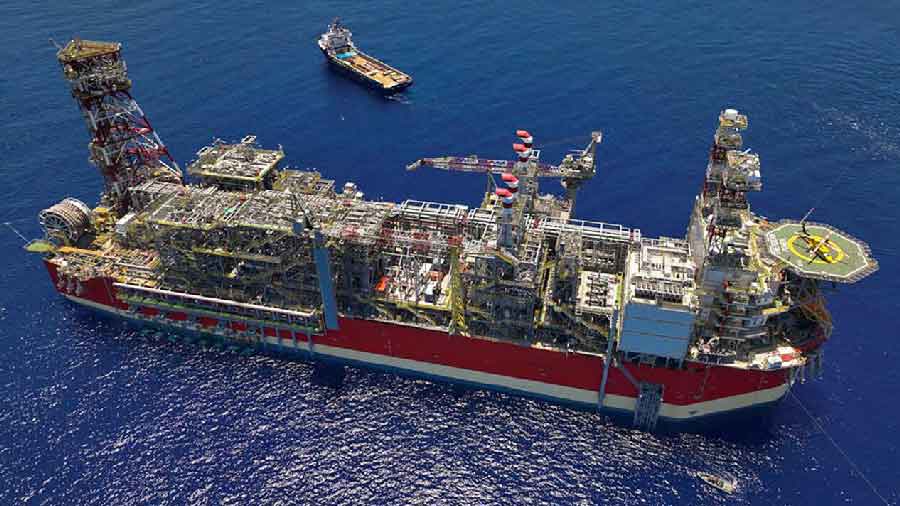 The border settlement within the gas-rich Mediterranean will be keenly followed
Twitter/@Jowharcom
Deutsche Welle   |   Published 11.10.22, 02:33 PM

Israeli Prime Minister Yair Lapid said on Tuesday that Israel and Lebanon reached a deal that would demarcate the maritime border between the two countries.

"This is a historic achievement that will strengthen Israel's security, inject billions into the Israeli economy and ensure the stability of our northern border," Lapid said in a statement.

The US-brokered deal has been in the works since 2020.

Lebanon's chief negotiator and parliament speaker, Elias Bou Saab, said the final draft "takes into consideration all of Lebanon's requirements and we believe that the other side should feel the same."

The deal must now be signed off by the leaders of both countries.

What we know about the deal

A key point of contention during the negotiations was the Karish gas field, which lies within the disputed patch of the Mediterranean Sea.

Lebanon reportedly claimed part of the field, but Israel insisted it fell entirely within its waters and was not up for negotiation.

Under the terms of the US draft that was leaked to the press, all of the Karish gas field would fall under Israeli control.

Another potential gas field, Qana, falls largely within Lebanese waters and would be divided between the two countries. Its exploitation would be under Lebanon's control.

On Sunday, London-listed firm Energean began testing the pipeline linking Karish to the Israeli coast — a key preparation before production can begin.

Meanwhile, French energy giant Total will search for gas in the Qana field, and Israel would receive a share of future revenue.

Hezbollah, the militant Shiite group that holds huge political sway in Lebanon, previously threatened attacks if Israel began production at Karish before a deal was reached.

But on Tuesday, Lebanese officials reportedly said that Hezbollah green-lit the deal and considered negotiations to be concluded, according to Reuters news agency.

Israel's right-wing former Prime Minister Benjamin Netanyahu had previously said Lapid "capitulated" to Hezbollah by going ahead with the agreement.

Netanyahu said if he were to win the upcoming Israeli election next month, his government would not be bound by the agreement with Lebanon.

Israel to get variant-tailored jab