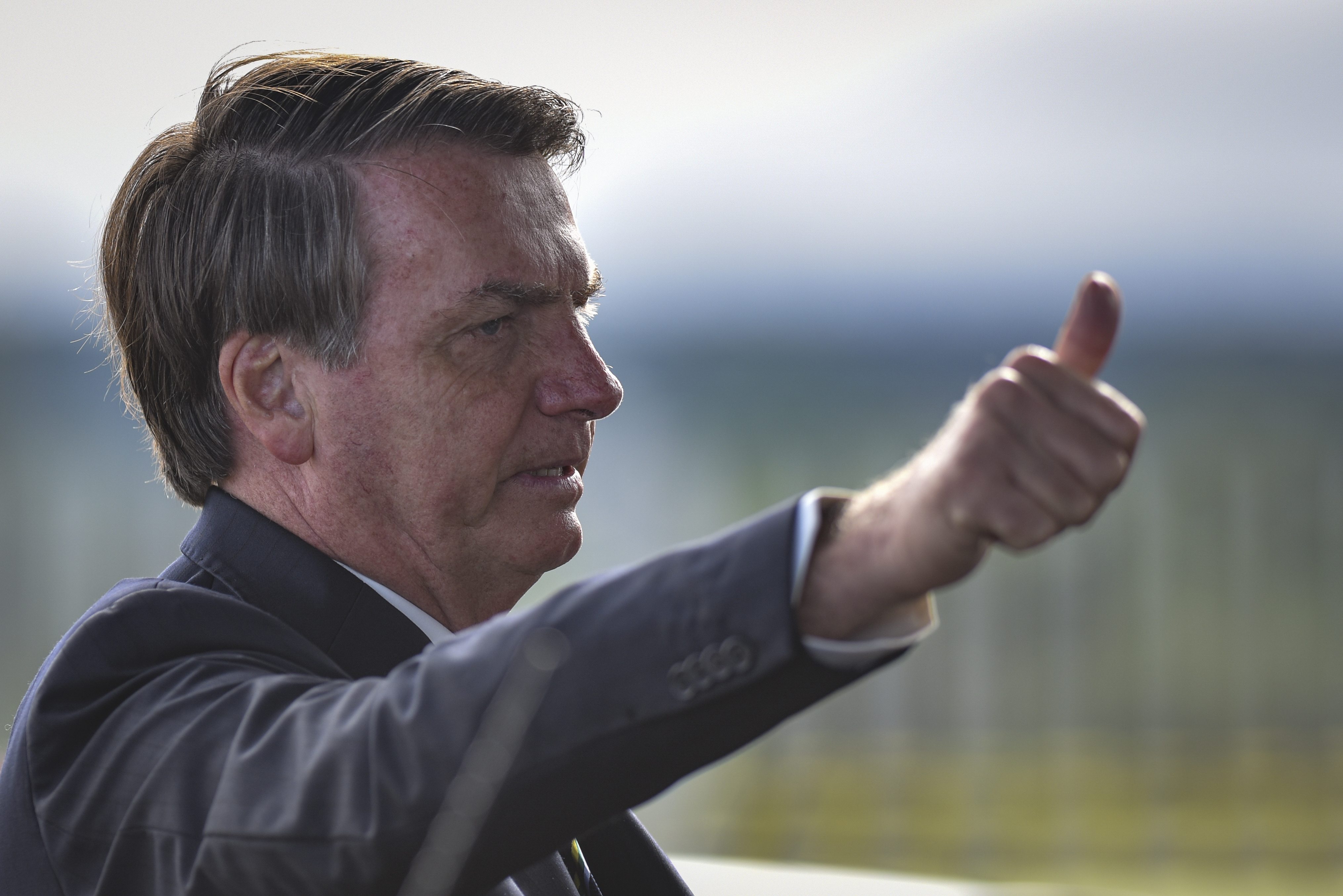 As coronavirus cases and deaths mount in Brazil, President Jair Bolsonaro has remained defiant, the last notable holdout among major world leaders in denying the severity of the coronavirus.

Brazilians, he declared last week, are uniquely suited to weather the pandemic because they can be dunked in raw sewage and “don’t catch a thing”.

Defying guidelines issued by his own health ministry, the President on Sunday visited a busy commercial district in Brasília, the capital, where he called on all but elderly Brazilians to get back to work.

Then he insisted that an anti-malaria pill of unproved efficacy would cure those who fall ill with the virus that has killed more than 43,000 people worldwide. “God is Brazilian,” he told a throng of supporters. “The cure is right there.”

Several world leaders — among them President Trump and Prime Minister Boris Johnson — were slow to grasp the menace of the highly contagious virus, and reluctant to embrace disruptive and economically painful social distancing measures that have become the norm in much of the world.

But Bolsonaro remains the highest profile holdout in eschewing the scientific consensus on the lockdown measures required to keep health care systems from being overwhelmed.

His handling of the crisis has led to consternation across the country’s political spectrum as congressional leaders, editorial boards and the head of the Supreme Court have essentially beseeched Brazilians to ignore their president. A movement to impeach Bolsonaro is gaining popular support, with Brazilians banging pots from their windows nightly to repudiate their President.

“He has demonstrated that he is unfit to be President,” said Maria Hermínia Tavares de Almeida, a political scientist at the University of São Paulo. “He remains in power for one very simple reason: No one wants to create a political crisis to oust him in the midst of a health emergency.”

Since the new coronavirus was first detected in Brazil in late February, the virus has spread quickly across the country, with large clusters in São Paulo and Rio de Janeiro, the country’s most populous states. As of Wednesday, there were 5,812 confirmed cases in Brazil, where testing is limited, and 202 recorded deaths.

In a televised address on Tuesday night, Bolsonaro spoke about the virus in graver terms, calling it “the greatest challenge of our generation”.

But the President notably did not endorse strict quarantine measures and misleadingly paraphrased remarks by the head of the World Health Organisation to assert that informal workers should continue to toil.

“The collateral effects of the measures to fight the coronavirus cannot be worse than the actual illness,” he said.

In much of the country, his words were drowned out by protesters banging pans and chanting “Down with Bolsonaro!”

In mid-March, governors started urging Brazilians to stay indoors unless they work in critical sectors and called on several business categories to shut down. Since then, commerce, transit and flights have been sharply reduced, throttling Latin America’s largest economy, which has yet to recover from a brutal recession in 2014.

As the patchwork of lockdown measures hardened, Bolsonaro lashed out at governors for falling into a state of “hysteria” and asserted, without proof, that they were inflating coronavirus figures for political gain. He attacked journalists, accusing them of drumming up panic in an effort to undermine his government. He has called the virus a “measly cold”.

“Some will die” from it, he said, because “such is life.”

On Tuesday, the WHO urged leaders in the Americas to urgently expand patient-care capability while implementing social distancing measures that may have to remain in place for 3 months.