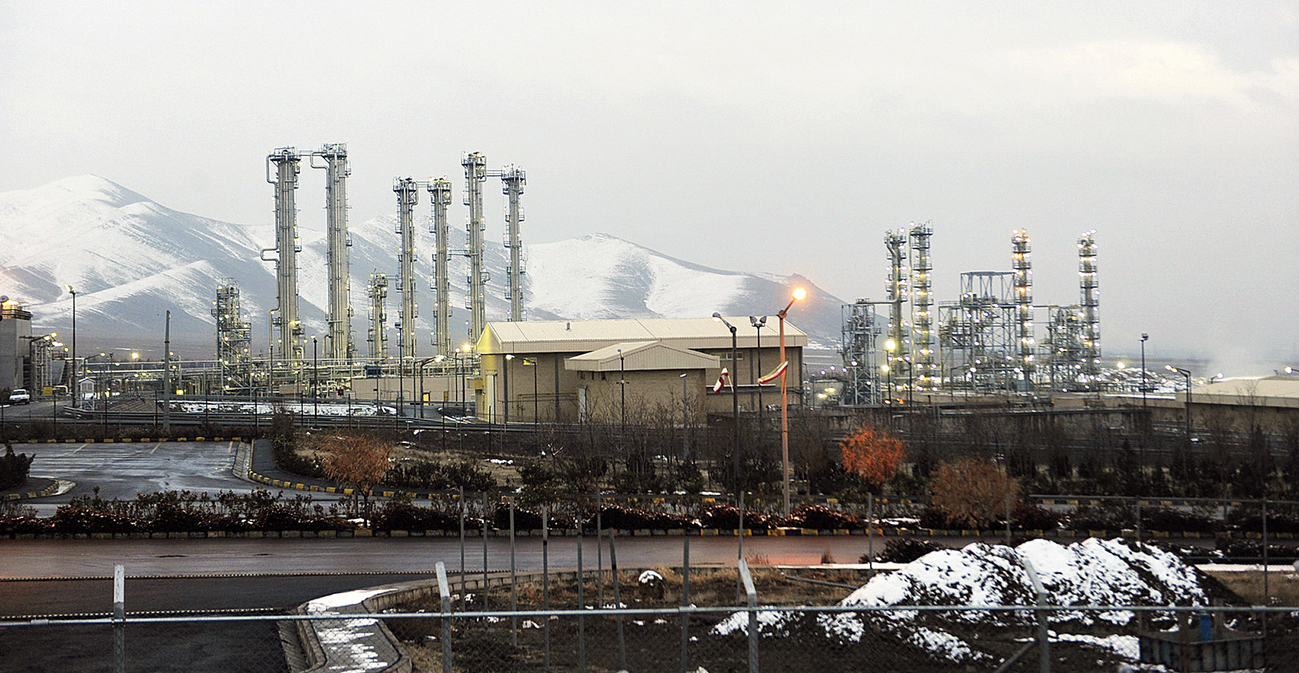 Iran announced on Monday that it would soon violate a central element of the landmark 2015 nuclear deal, which the US withdrew from last year, unless it received assurances that Europe will combat punishing American sanctions.

Iran is on track to exceed the deal’s limits on nuclear fuel within days, the country’s Atomic Energy Organisation announced. The agency also left the door open to an “unlimited rise” in Tehran’s stockpile of enriched uranium, potentially triggering another flash point with Washington just days after attacks on oil tankers stoked tensions between the two nations.

The move was the country’s latest signal that it will abandon the pact unless other signatories help Iran circumvent economic sanctions imposed by President Trump. The threat seemed aimed primarily at the European signatories, to persuade them to break with Washington and swiftly restore some of the economic benefits of the deal to Tehran.

During a news conference announcing the decision, Behrouz Kamalvandi, a spokesman for the organisation, said that Iran might also increase the level of uranium enrichment up to 20 per cent for use in its reactors, the Iranian state-run news outlet Press TV reported.

He said that the uranium would be used as fuel for the Tehran Research Reactor, which the US supplied to Iran in 1967. Iran says the facility is used to create medical isotopes for use in cancer treatment.

The nuclear agreement limits the level of enrichment to 3.67 per cent, but if Iran began producing 20 per cent enriched uranium, it would put the country much closer to weapons-grade levels.

Tensions between the US and Iran have steadily increased since Trump withdrew the US in May 2018 from the nuclear agreement that had been forged by the Obama administration, even though international experts said Iran was abiding by the deal.

Over the last year, the Trump administration imposed severe economic sanctions that have discouraged most outside companies from doing business with Iran, and followed that up with measures to cut off Iran’s revenues from oil sales, the lifeblood of its economy.

Recent attacks on tankers in the Strait of Hormuz, which the Trump administration has blamed squarely on Iran, have further inflamed matters.

While there was no response to the Iranian announcement on Monday in Washington, secretary of state Mike Pompeo had said on Sunday that the US might further tighten sanctions on Iran in response to any moves to ramp up its nuclear programme.

Pompeo also said that the US was considering “a full range of options” in responding to what the White House has said were Iranian attacks on tankers in the Strait of Hormuz. Those measures include but are not limited to military strikes, he said.

Pompeo said he was making calls over the weekend to foreign officials to talk about the options.

The US has considered getting international support to create a naval force that would provide security for oil shipments in the region, similar to the antipiracy coalition assembled in the Arabian Sea in recent years.

“China gets over 80 per cent of its crude oil transiting through the Strait of Hormuz,” Pompeo said. “South Korea, Japan, these nations are incredibly dependent on these resources. We’re prepared to do our part.”

China was an important contributor to the anti-piracy venture, but may not be willing to join a US-led effort to protect shipping. Beijing has opposed Trump’s Iran policies.