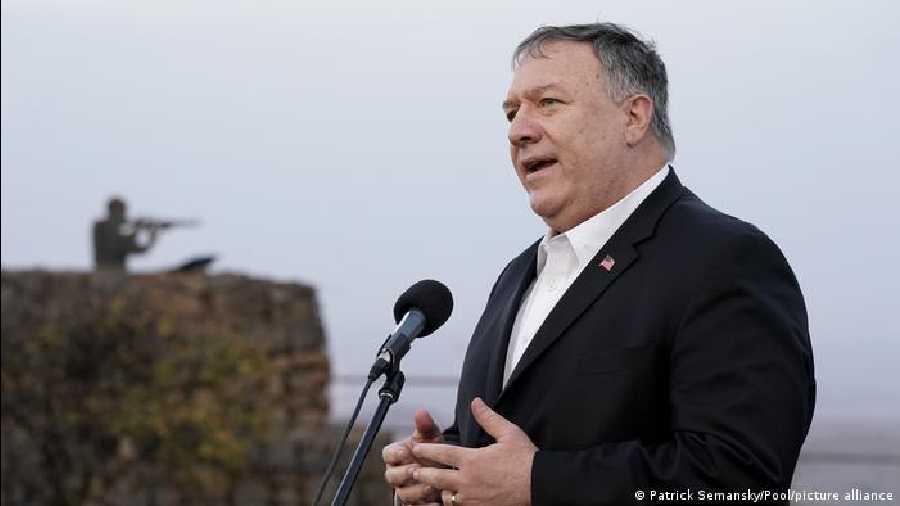 Iran on Saturday announced that it was imposing sanctions on 61 more Americans over their support for foreign-based dissident Iranian groups like the Mujahideen-e-Khalq (MEK).

Giuliani, Pompeo and Bolton have been widely reported to have taken part in MEK events and voiced support for the group.

The sanctions allow Iranian authorities to seize any assets they hold in Iran. But they appear largely symbolic given the likely absence of such assets.

The sanctions come as US President Joe Biden wrapped up his Middle East trip where he vowed to prevent Tehran from building nuclear weapons.

Biden's predecessor, Trump, withdrew the US from the 2015 nuclear deal and slapped unilateral sanctions on Tehran.

But Biden, who called Trump's move a "gigantic mistake," has tried to resurrect the deal, but those efforts appear to be faltering as Iran continues to expand its nuclear program, according to reports by the International Atomic Energy Agency.

Iran's indirect talks with the United States on reviving the pact haven't so far produced any results.

The negotiations began in November in Vienna and continued in Qatar in June. But they have faced a monthslong impasse.

US pledges to 'defend its citizens'

In June, an Iranian court also ordered the US government to pay over $4 billion (€3.96 billion) to the families of Iranian nuclear scientists who have been killed in targeted attacks in recent years.

The United States "will protect and defend its citizens," a State Department spokesperson said on Saturday. "This includes those serving the United States now and those who formerly served."

"We are united in our resolve against threats and provocations, and we will work with our allies and partners to deter and respond to any attacks carried out by Iran."