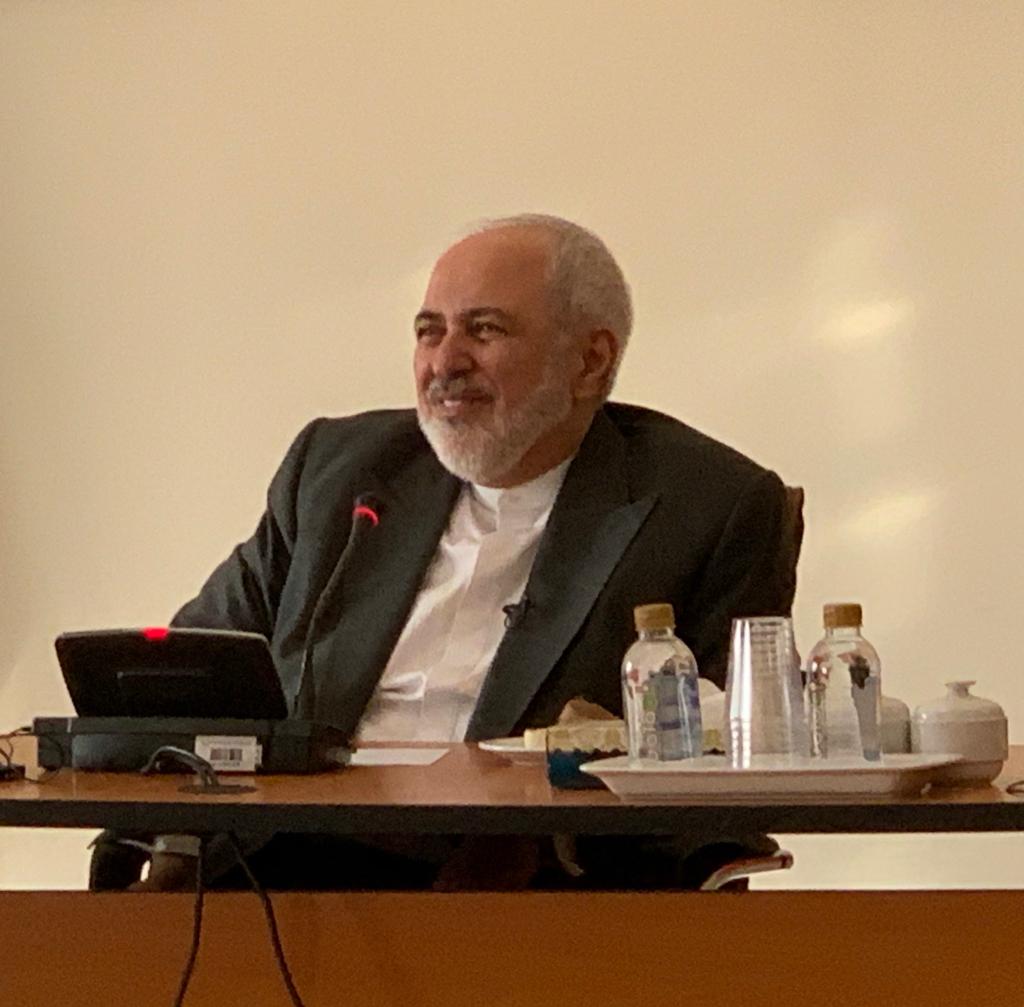 Iran’s foreign minister Javed Zarif said that in the long scheme of things nothing can break the Islamic Republic’s “civilisational ties” with India. Even so, Zarif said Tehran wished India could have shown more backbone and had refused to be 'bullied' by Washington into agreeing to implement US sanctions that have crippled Iran’s economy.

Zarif, who waxed lyrical about the age-old links forged between the two countries by “poets, mystics and merchants”, said at a press interaction that Tehran had expected India -- which was Iran’s biggest oil client before the latest far-reaching sanctions -- to be “more resilient vis-a-vis US pressure.”

A career diplomat, Zarif said he understood why India wasn’t keen on being a sanctions-buster as New Delhi didn’t “want to agitate” US President Donald Trump. “People want to be on the right side of President Trump” but the problem is “he hasn’t got a right side,” he said. It’s a “global strategic mistake” made by countries around the world, he added.

The more you “accept the actions of a bully (like Trump), the more you put yourself on the receiving end” of bullying, Zafir said. India was “already being bullied by the US because they are telling you not to buy oil from us,” he told visiting members of the Indian Women’s Press Corps.

Trump last year unilaterally quit an international nuclear pact with Iran aimed at curbing Tehran’s nuclear programme and re-imposed sanctions lifted under the 2015 accord. The US sanctions have targeted virtually every sector of Iran’s economy and, going a step further, cut the country off from the global financial system, making it much harder for Tehran to conduct trade. India and other countries were faced with the dilemma of either ceasing trade with Iran or endangering their access to the US financial system as a result of American sanctions enforcement.

India stopped buying Iranian oil this May when a temporary US waiver on implementing the sanctions expired. It’s now making up the shortfall by buying more Mexican, Venezuelan and US crude. 'If you cannot lift oil from us, we will not be able to buy Indian rice,” Zafir noted. Before implementing the sanctions, India had enjoyed an advantageous trading relationship with Iran under which New Delhi paid for oil in rupees which Tehran used to buy Indian goods --saving India from using key foreign exchange reserves.

Zarif also said he was worried about the slow pace of construction on the regionally strategic Chabahar port. India’s developing the first phase of the Shahid Beheshti Port in Chabahar in cooperation with Iran. “Chabahar is much greater than India and Iran. Chabahar affects regional stability. Afghanistan’s future means the future of law and order in this region, freedom from terrorism,” he said, adding ISIS fighters were regrouping in Afghanistan, creating even more dangers for the region.

The minister rejected as pure “rhetoric” a UAE call urging Tehran to negotiate with world powers and Gulf countries on a deal to lower tensions in the troubled Gulf region. Zarif said the UAE, which is aligned with Saudi Arabia and other US-supporting neighbours had worked hard to “destroy” the 2015 nuclear pact. “Now, they’re preaching (peace) but they don’t practice,” he said. Iran’s President Hassan Rouhani had appealed in a UN speech in September to regional leaders to take part in a Tehran-spearheaded peace initiative but he said Tehran got no reply. “We all need hope for future generations,” Zafir said.

He said US sanctions had inflicted “huge suffering” on Iran’s 80 million people. The IMF projects the economy will contract by 9.5 per cent this financial year but should steady in 2020 to post flat growth. Experts say Iran has been partially able to evade the sanctions through backroom deals. “There are always buyers for Iranian oil,” the minister said, declining to identify the purchasers.

Iran has been under virtually constant sanctions since the 1979 revolution which toppled the Western-allied Shah Mohammad Reza Pahlavi and created the Islamic Republic. Iran is nominally a democracy and the country’s authoritarian and conservative clergy call the shots. Still, Zafir said sanctions had forced Iran to be self-reliant in developing weaponry, machinery and medicines. “We used an Iranian missile to shoot down a sophisticated US drone” (in early November). We did it to show if you deprive us for many years (of weaponry and other supplies), we’ll develop our own,” he said. The US has denied the drone, downed over southern Iran by the surface-to-air missile, was an American one.

Meantime, though, Zafir insisted India-Iran relations are “deep-rooted and firm” and not just about oil. “These are bonds that cannot be broken by political or economic alignment or short-term global reasons… Our approach to many global issues is similar. We certainly share more concerns, wishes and interests than the issues which divide us.”