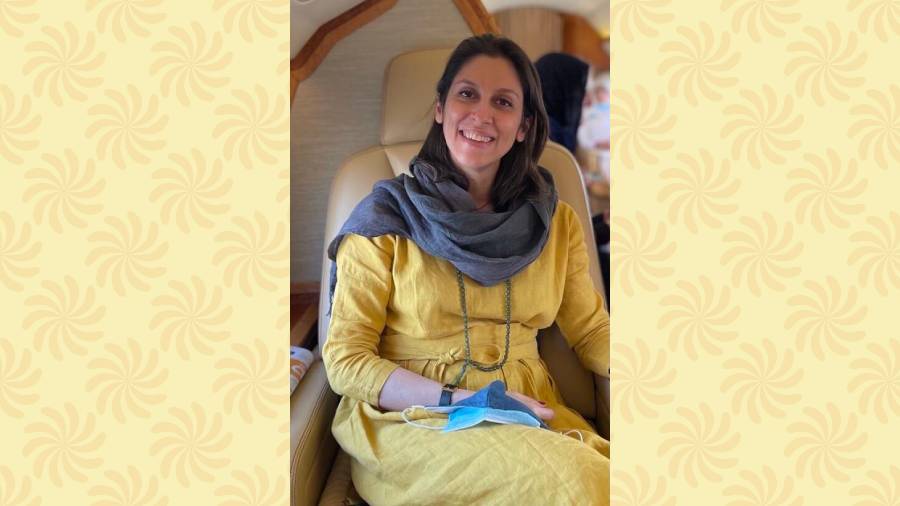 Iran’s semi-official Fars news agency said she was handed over to a British team at the International Imam Khomeini Airport. Ashouri has also left Iran, a source close to his family said. There was no immediate confirmation whether they were being taken directly to London.

Earlier, British foreign secretary Liz Truss said Britain was looking at ways to pay a historic debt to Iran related to the sale of battle tanks to Iran’s former ruler, the Shah.

Zaghari-Ratcliffe, a project manager with the Thomson Reuters Foundation was arrested at a Tehran airport in April 2016 and later convicted by an Iranian court of plotting to overthrow the clerical establishment.

Her family and the foundation, a charity that operates independently of Thomson Reuters and its news subsidiary Reuters, deny the charge.

Britain’s foreign office, the foundation and Zaghari-Ratcliffe’s husband Richard did not respond to a request for comment.

Ashouri was sentenced to 10 years in jail in 2019 for spying for Israel’s Mossad and two years for “acquiring illegitimate wealth”, according to Iran’s judiciary.

The releases came after Tehran and London pressed on with talks about a longstanding $520 million debt.  Iran’s clerical rulers say Britain owes the money that Iran’s Shah paid up front for 1,750 Chieftain tanks and other vehicles, almost none of which were eventually delivered after the Islamic Revolution of 1979.