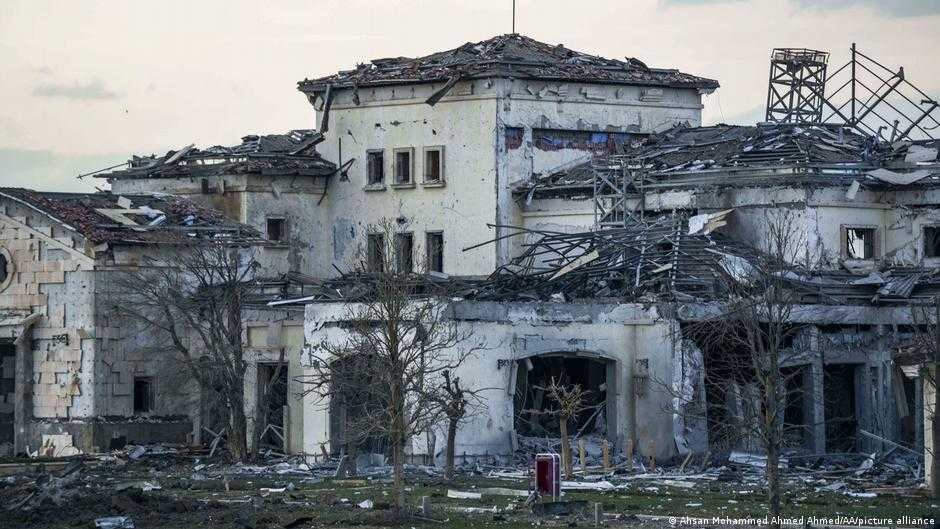 The US said it is working with the Iraqi and the regional Kurdish governments to get missile defense capabilities after Iran attacked Erbil.

Iran claimed responsibility for a missile barrage that struck Iraq's northern Kurdish regional capital of Erbil in the early hours of Sunday morning.

Iraq's Foreign Ministry summoned Iran's ambassador to protest the attack, calling it a flagrant violation of its sovereignty.

No serious injuries were reported, but the Kurdish K24 TV channel's studio and other buildings nearby were damaged.

Iran's powerful Revolutionary Guard said on its website it launched the strike against an Israeli "strategic center of conspiracy" in Erbil, warning of more attacks.

It did not elaborate but said Israel had itself been on the offensive, citing the recent strike that killed two Revolutionary Guards. Israel did not respond to the allegations.

During a phone call to US Secretary of State Antony Blinken, Iraq's Prime Minister Mustafa al-Kadhimi said his country should not become "a stage for settling external scores."

US National Security Adviser Jake Sullivan said that the US condemned the attack "the strongest terms."

"We will support the Government of Iraq in holding Iran accountable, and we will support our partners throughout the Middle East in confronting similar threats from Iran," Sullivan said in a written statement released by the White House.

"This attack targeted a civilian residence in Erbil, the Kurdistan Region’s capital city, without any justification," he added.

US working to help Iraq get missile defense capabilities

The Kurdish regional government denied that there were any Israeli centers in its territory.

Instead, it said Iran targeted the missiles at the United States consulate and instead hit areas around the compound.

But Washington seemed to dispute the claim, saying they had "no indications the attack was directed at the United States."

"We are in consultation with the Iraqi government and the government in Iraqi Kurdistan, in part to help them get the missile defense capabilities to be able to defend themselves in their cities," Sullivan told CBS.

The German Foreign Office condemned the attack saying it should hamper the fight against ISIS.

"Attacks on diplomatic personnel, representatives, and facilities of the global coalition against Daesh are unacceptable. The perpetrators of this attack must be held accountable," it said in a statement.