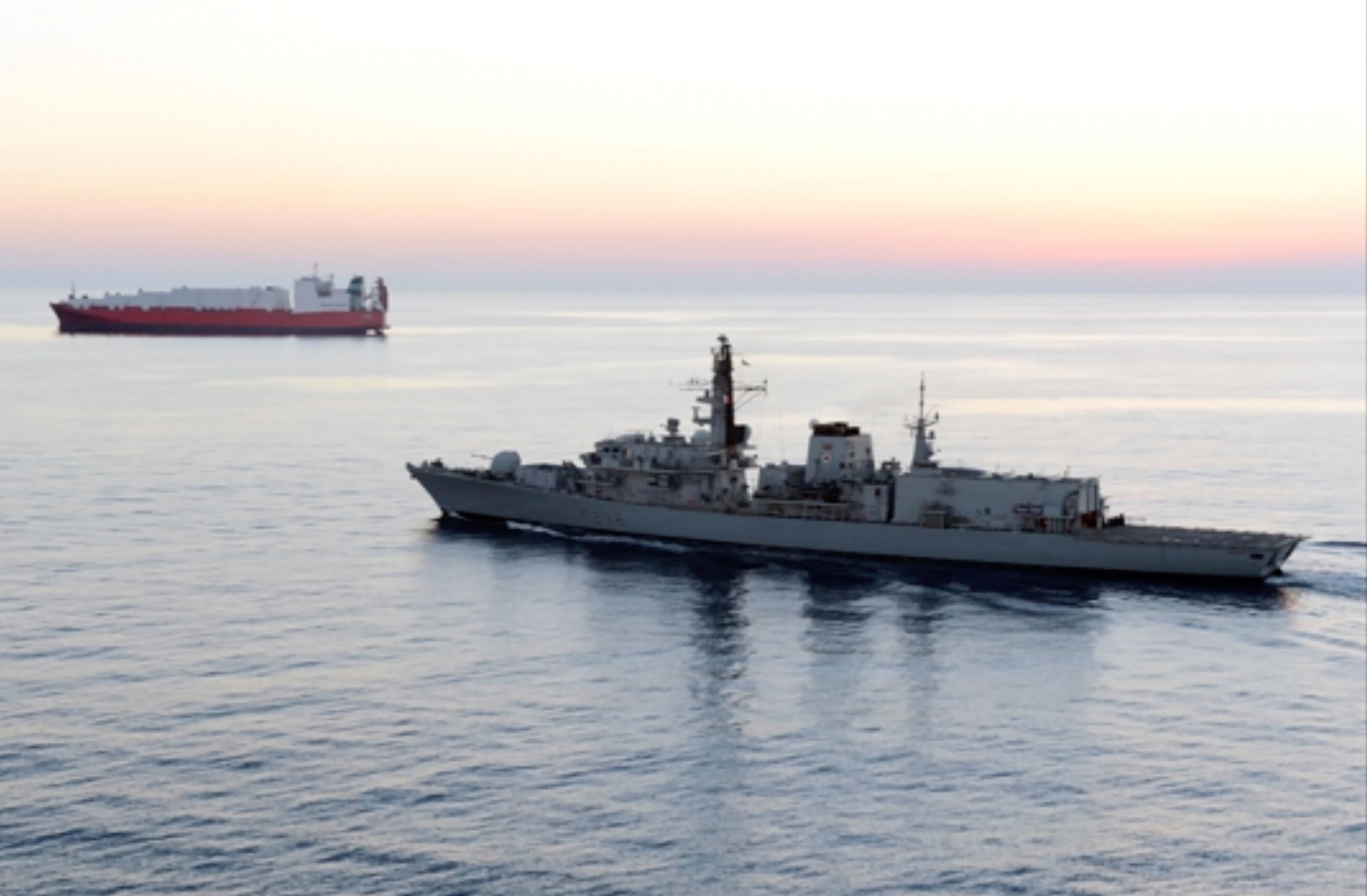 The Royal Navy’s HMS Montrose was forced to position itself between the Iranian vessels and the British Heritage oil tanker in the Strait of Hormuz on Thurday.
(AP file picture)
Reuters   |   London   |   Published 11.07.19, 07:23 PM

Three Iranian vessels tried to block a tanker passing through the Strait of Hormuz but backed off when confronted by a Royal Navy warship, the British government said on Thursday, raising the stakes in a test of nerves between Tehran and the West.

Britain urged Iran to “de-escalate the situation in the region” after the British Heritage oil tanker operated by BP was approached. The incident took place exactly a week after British Royal Marines seized an Iranian tanker, which London said was violating sanctions by bringing oil to Syria.

Iran’s foreign minister Mohammad Javad Zarif dismissed as “worthless” the British allegation that Iran had sought to block the ship.

The incident followed President Donald Trump’s warning he would soon “substantially” increase US sanctions on Iran as part of a drive to curb Iran’s nuclear programme and force Tehran to change its regional behaviour.

The US blames Iran for a series of attacks on shipping in the world’s most important oil artery since mid-May, accusations Tehran rejects but which have raised fears the long-time foes could slip into direct military conflict.

They came as close as ever last month, when Iran shot down a US drone and Trump ordered retaliatory air strikes, only to call them off minutes before impact.

“I’d expect the Iranians to continue to seek opportunities to harass and obstruct without sliding into war,” said Jon Alterman director of the Middle East Programme at the Centre for Strategic and International Studies think tank.

The US quit an agreement last year between Iran and world powers to curb Iran’s nuclear programme in return for granting it access to world trade.

Washington sharply tightened sanctions against Iran since May with the aim of bringing its oil exports to zero. Iran responded by stepping up production of enriched uranium beyond limits in the nuclear deal.

Washington’s European allies disagreed with Trump’s decision to quit the nuclear pact and have tried to appear neutral. But Britain stepped into the crisis when it seized the Iranian tanker Grace 1 last week.

Although EU states have not followed Washington in imposing sanctions on Iran, they have sanctions in place that forbid selling oil to Iran’s ally Syria.

A senior Iranian military commander on Thursday said Britain and the US would regret detaining the vessel. Other Iranian officials have made similar statements, and some figures have been quoted as threatening to retaliate against British shipping.