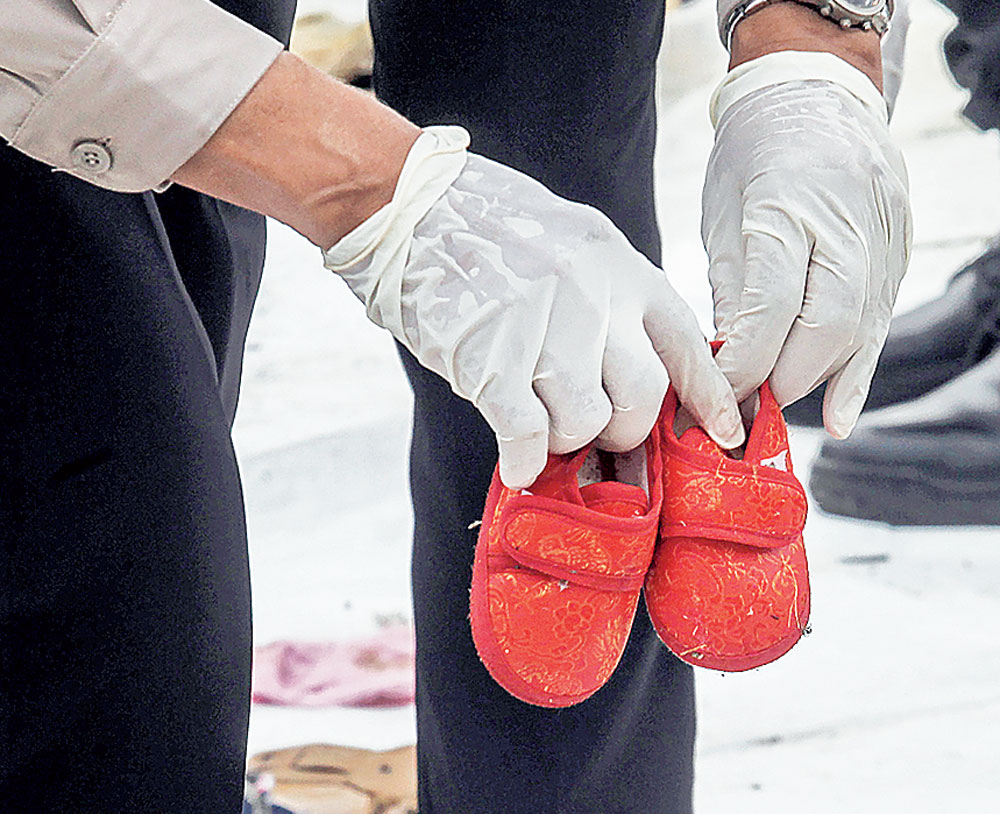 A rescuer examines shoes that belonged to a passenger of the crashed Lion Air flight near Jakarta on Wednesday.
(Antara Foto/Muhammad Adimaja via Reuters)
Reuters   |   Jakarta   |   Published 31.10.18, 08:17 PM

Indonesian search and rescue workers believe an underwater “pinging” sound they have detected is from the black box of a passenger jet that crashed into the sea with 189 people on board, the country’s military chief said on Wednesday.

Ground staff lost touch with flight JT610 of Indonesian budget airline Lion Air 13 minutes after the Boeing 737 MAX 8 took off early on Monday from Jakarta, on its way to the tin-mining town of Pangkal Pinang.

Military chief Hadi Tjahjanto said that divers had already gone down to check the location from where the signal was picked up by a search and rescue team late on Tuesday, but were contending with strong currents.

“We hope tonight we can drop anchor and release the ROV (remotely operated underwater vehicle) again and I am sure we will find a black box given the strong indication, and, not far from there, the main body of the plane,” Tjahjanto said.