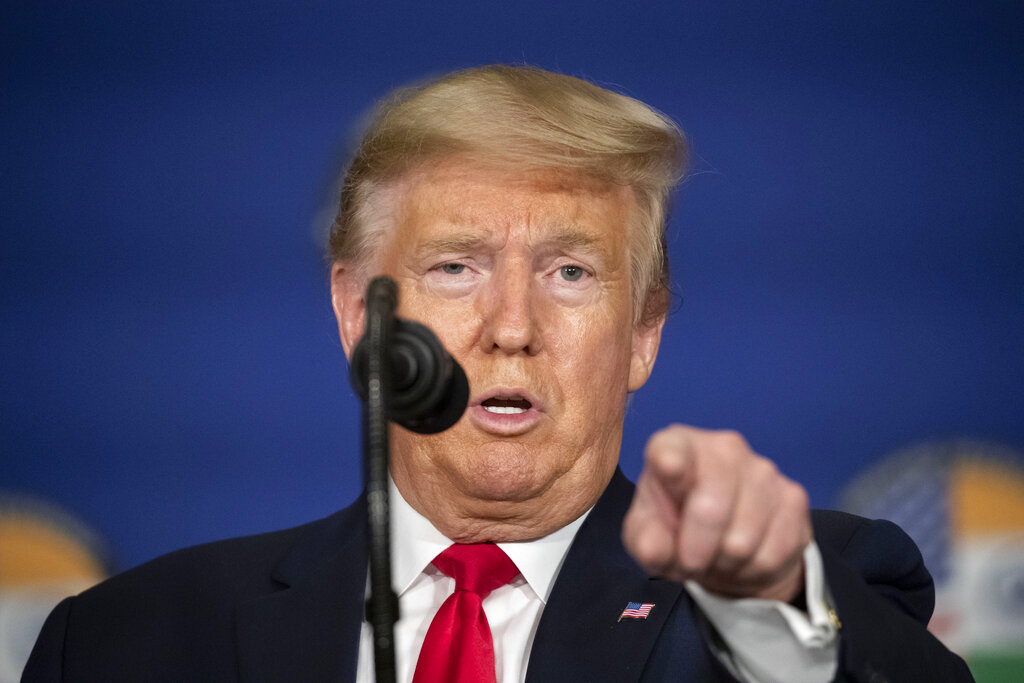 As Trump left for the US, Prime Minister Narendra Modi on Tuesday night thanked the American President for coming to India and said the visit has been a 'path-breaking one'.

'India-USA friendship benefits the people of our nations and the world,' Modi said in a series of tweets.

During the visit, India and the US on Tuesday finalised defence deals worth USD 3 billion under which 30 military helicopters will be procured from two American defence majors for Indian armed forces.

Trump landed in New Delhi on the evening of February 24 after attending the 'Namaste Trump' event in Ahmedabad and visiting the Taj Mahal in Agra.

US President Donald Trump on Wednesday said 'India was great' and his whirlwind trip to the country was 'very successful'.

Trump was on his maiden official visit to India from February 24 to 25. He was accompanied by First Lady Melania and a high-powered delegation comprising senior US administration officials, including National Security Advisor Robert O'Brien.

They visited Ahmedabad, Agra and New Delhi before leaving for Washington on Tuesday.

'Just landed. India was great, trip very successful,' Trump tweeted soon after he landed in the US after his 36-hour-long India visit.

Just landed. India was great, trip very successful. Heading to the White House. Meetings and calls scheduled today. @CDCgov, @SecAzar and all doing a great job with respect to Coronavirus! Briefing this afternoon.