India not invited to Russia-convened meeting on Afghanistan 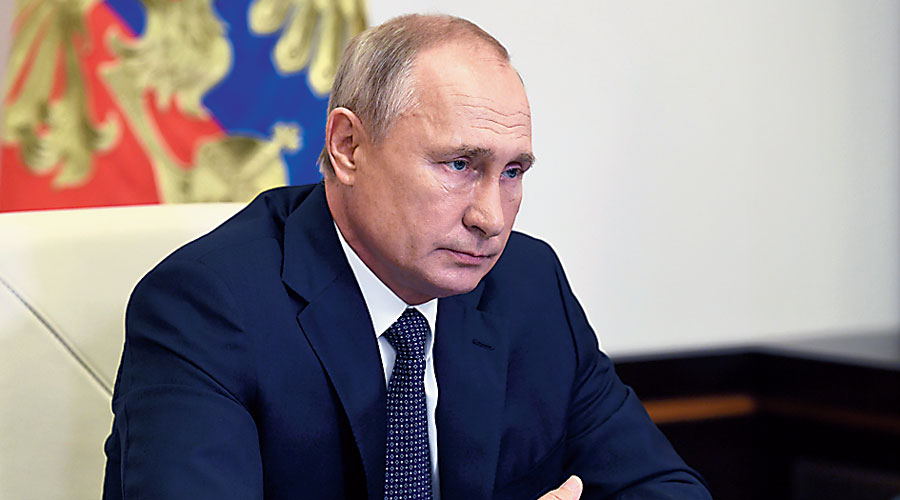 India has not been invited to a key meeting next week convened by Russia on the fast-evolving situation in Afghanistan that is expected to be attended by Pakistan, China and the US, even as New Delhi on Thursday sought to downplay its absence, saying it engages with Russia on regular basis on Afghanistan.

As the Taliban continues its major offensive in Afghanistan, Russia has stepped up efforts to reach out to all key stakeholders in the war-torn country to stop the violence and push the Afghan peace process.

The 'extended Troika' meeting is scheduled to be held in Qatar on August 11. Talks under this framework were earlier taken place on March 18 and April 30.

Russia has also been holding the 'Moscow Format' of talks to bring peace and creating conditions for the process of national reconciliation in Afghanistan.

When asked about India not being invited to the 'extended Troika' meeting, External Affairs Ministry Spokesperson Arindam Bagchi said that New Delhi engages with Moscow on Afghanistan on a regular basis.

"Our two countries share a special and privileged strategic partnership. We engage with Russia on a regular basis on Afghanistan," he said.

Last month, Russian Foreign Minister Sergey Lavrov said in Tashkent that Russia will continue to work with India and other countries which can influence the situation in Afghanistan.

Following the comments, there were speculations that India may be included in the upcoming 'extended Trioka' meeting.

"We will continue working with the Americans in the extended Troika format as well as with all other countries that can influence the situation in Afghanistan, including our partners from Central Asia, India, Iran and the US," Lavrov told reporters.

"We have a Moscow format that includes all the main players," he added.

Though Russia has differences with the US on various dimensions of the Afghan conflict, both countries are now pushing for the intra-Afghan talks and to put an end to the widespread violence being perpetrated by the Taliban.

Meanwhile, Afghan Ambassador to India Farid Mamundzay described as a positive development the decision to hold a meeting of the United Nations Security Council on August 6 to discuss the situation in Afghanistan.

India's ambassador to the UN TS Tirumurti announced that the UN Security Council will meet on Friday under Indian Presidency to discuss and take stock of the situation in Afghanistan.

"Convening an emergency UN Security Council Session on Afghanistan is a positive development. UN & international community must play a greater role to stop the unfolding tragedy in Afghanistan due to violence & atrocities by terrorists. Thank you India for the lead role as UNSC President," Mamundzay tweeted.

The decision to hold the UNSC meeting over Afghanistan came two days after Afghan Foreign Minister Mohammed Hanif Atmar spoke to his Indian counterpart S Jaishankar on the convening of an emergency session of the UNSC on the deteriorating security situation there.

India holds the presidency of the UNSC for the month of August.

The Taliban has been making rapid advances across Afghanistan by resorting to widespread violence since the US began withdrawing its troops from the country on May 1. The US has already pulled back the majority of its forces and is looking to complete the drawdown by August 31.

India has been a major stakeholder in the peace and stability of Afghanistan. It has already invested nearly USD 3 billion in aid and reconstruction activities in the war-ravaged country.

India has been supporting a national peace and reconciliation process that is Afghan-led, Afghan-owned and Afghan-controlled.

It has also been calling upon all sections of the political spectrum in Afghanistan to work together to meet the aspirations of all people in the country, including those from the minority communities, for a prosperous and safe future.