These launches — the October 4 firing overflew Japan — violate multiple Security Council resolutions and pose a threat to not only the region, but to the entire international community, says a joint statement 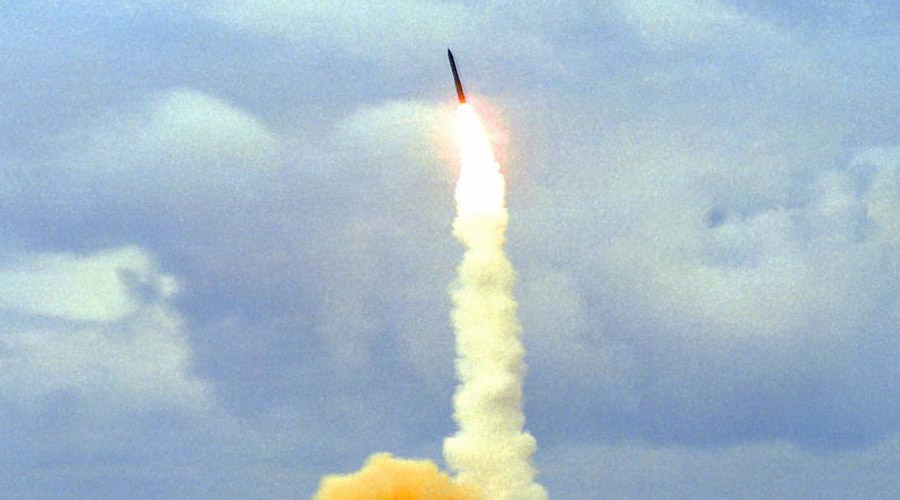 India, joining the US, UK and France, has strongly condemned North Korea's ballistic missile launch which overflew Japan, with New Delhi underlining that these launches affect the peace and security of the region and beyond.

The missile fired on Tuesday was the first from North Korea to fly over Japan in five years. The launch marks the 24th time this year that North Korea has conducted missile tests.

"We have noted with concern the reports of ballistic missile launches" by the DPRK (Democratic People's Republic of Korea), India's Permanent Representative to the UN Ambassador Ruchira Kamboj said at a UN Security Council meeting on DPRK on Wednesday.

"These follow the launch of the intercontinental ballistic missile by the DPRK in March this year, which was discussed in this Council, as well as other successive launches," she said.

These launches violate multiple Security Council resolutions and pose a threat to not only the region, but to the entire international community, the joint statement said.

North Korea on Tuesday conducted its longest-ever weapons test, a nuclear-capable ballistic missile that flew over Japan and could reach the US Pacific territory of Guam.

Kamboj, in her remarks to the Council, stressed that these launches constitute a violation of the resolutions of the Security Council relating to the DPRK and "they affect the peace and security of the region and beyond."

India called for full implementation of the relevant UN Security Council resolutions relating to DPRK and "reiterated the importance of addressing the proliferation of nuclear and missile technologies related to DPRK in our region. These linkages have an adverse impact on peace and security in the region, including on India."

Kamboj said the Global South has already been disproportionately affected by the prevailing geopolitical situation and related challenges. "It is therefore important to continue to make all efforts to maintain peace and stability.

Kamboj reiterated New Delhi's continued support for denuclearisation towards peace and security in the Korean peninsula.

In the joint statement, the 11 countries said that North Korea had made its intentions clear in April and September when its leader signaled an effort to accelerate the DPRK's nuclear and ballistic missile programs and even alluded to pre-emptive use of nuclear forces.

"We are witnessing the DPRK's pursuit of this objective," it said.

"We call on all UN member states, especially Council members, to join us in condemning this reckless behavior and in urging the DPRK to abandon in a complete, verifiable, and irreversible manner its unlawful weapons programmes and engage in diplomacy toward denuclearisation," the joint statement said, recalling the Council's decision referring to "further significant measures."

The US Ambassador said Washington, and those who have joined her at the podium for the joint statement remain committed to diplomacy and continue to call on the DPRK to return to dialogue.

"But we will not stay silent as the DPRK works to undermine the global nonproliferation regime and threaten the international community," she said.The joint statement called on the member states to fully implement the relevant Security Council resolutions.

Noting that following North Korea's provocations and escalatory behaviour in 2017, the Council came together and unanimously took action to hold the DPRK accountable for its unlawful actions, the joint statement said that "now again the DPRK is testing the Council's resolve and we must act accordingly. The Council will continue to engage over the course of the next week to find a unified voice and way forward."

UN Secretary-General Antonio Guterres had "strongly" condemned the launch of the ballistic missile, calling it a "reckless act and a violation of Security Council resolutions."

Guterres said it is also of "serious concern" that North Korea has again disregarded any consideration for international flight or maritime safety.The Secretary-General urged North Korea to resume dialogue with the key parties concerned with a view to achieving sustainable peace and the complete and verifiable denuclearization of the Korean Peninsula.