The development comes amid the island nation facing its worst economic crisis, with a severe foreign exchange shortage hampering the import of essentials 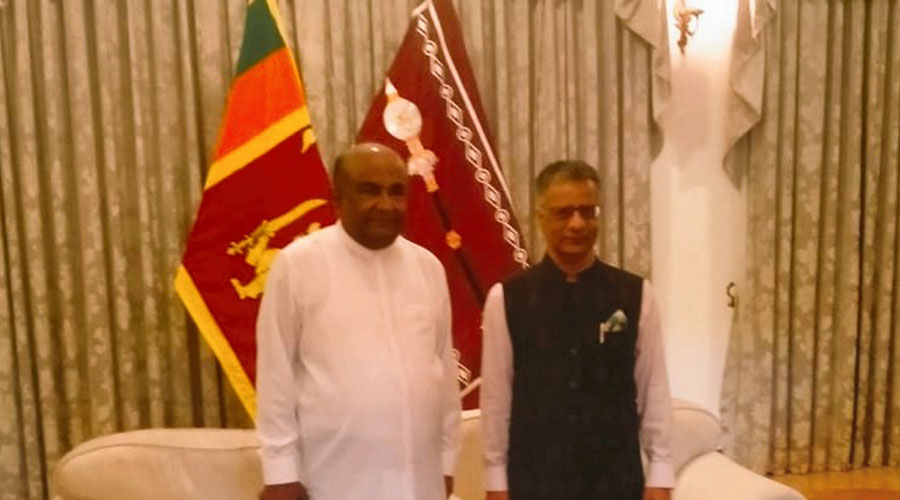 India on Saturday assured Sri Lanka that it will continue to support democracy, stability and economic recovery in the country, which is at a crucial juncture, amid the unprecedented political crisis and economic turmoil.

The assurance was given to Parliament Speaker Mahinda Yapa Abeywardena by India's High Commissioner Gopal Baglay when he called on the Sri Lankan leader.

The meeting took place a day after Speaker Abeywardena accepted the resignation of President Gotabaya Rajapaksa.

"Conveyed that will continue to be supportive of democracy, stability and economic recovery in Sri Lanka," the mission wrote.

Sri Lanka is facing its worst economic crisis in seven decades, with a severe foreign exchange shortage hampering the import of essentials including food, fuel and medicines.

The economic crisis also sparked a political crisis in the country after a popular uprising against the government forced Rajapaksa to flee the country and resign as president.

Sri Lankan lawmakers met Saturday to begin the process of choosing a new leader to replace Rajapaksa, who is now in Singapore.

The island nation off the tip of southeast India needs about USD 5 billion in the next six months to cover basic necessities for its 22 million people, who have been struggling with long queues, worsening shortages and power cuts.

India has been the principal source of foreign assistance to Sri Lanka this year.

On Friday, the Indian High Commission here reiterated that India will continue to stand with the people of Sri Lanka as they seek to realise their aspirations for prosperity and progress through democratic means and values as well as established institutions and a constitutional framework.

The spokesperson of the Ministry of External Affairs said in New Delhi on Thursday that India looked forward to an early solution to the situation related to the government and its leadership in Sri Lanka through democratic means and values, established institutions and constitutional framework.

The spokesperson added that India will support the people of Sri Lanka in all possible ways in their endeavour to find a way forward.

The spokesperson noted India responded with urgency to assist the people of Sri Lanka in overcoming their economic hardships and emphasised that India expeditiously finalised and delivered assistance as well as support worth about USD 3.8 billion in 2022.

India's assistance has been in the form of currency swaps, deferment of repayment of Sri Lanka's liabilities to the Reserve Bank of India under the Asian Clearing Union mechanism, credit assistance of more than USD 1.5 billion for fuel, food, medicines, fertilisers, and other essential commodities.