The scheme articulates a citizen-centric framework, placing economic security at its core 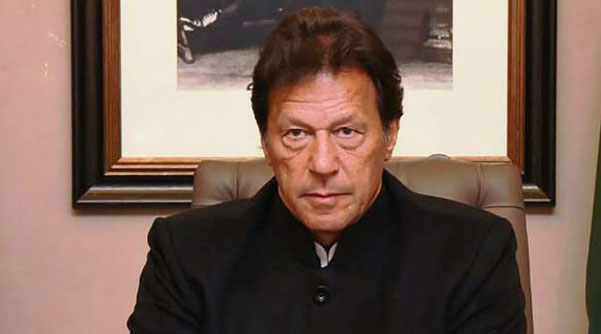 Pakistan, in its first-ever National Security Policy (NSP) launched on Friday by Prime Minister Imran Khan, makes it imperative for itself to deter war and defend the country's territorial integrity and sovereignty at "all costs by using all elements of national power.

The NSP 2022-26, with references to India, has been framed after seven years of diligent and rigorous analysis and consultations led by the National Security Division.

The full 110-page NSP document will remain classified. However, a shorter, nearly 50-page version is being published.

The public version, seen by PTI, is meant to provide an insight into the overall vision and direction of the country's national security.

Section V of the policy provides an insight into the traditional concept of security and efforts by policymakers to deal with various threats.

Its guiding principle reads: Ensure the defence and territorial integrity of Pakistan in all their manifestations.

After highlighting various challenges to security, the NSP in its major policy guideline says: Deter war through all elements of national power, while exercising our right to self-defence if war is imposed.

The cardinal policy objective, according to the NSP, is to defend Pakistan's territorial integrity at all costs and adds that it was only possible by having the conventional capability and full-spectrum deterrence.

Deter any aggression by maintaining a cost-effective and adaptive military focused on modernisation and optimisation of force structures to ensure adequate conventional capability and maintain full spectrum deterrence within the precincts of credible minimum nuclear deterrence, without getting involved in an arms race, it said.

In an apparent reference to India, it says that with a regressive and dangerous ideology gripping the collective conscience in our immediate neighbourhood, the prospects of violent conflict have grown immensely.

The possibility of use of force by the adversary as a deliberate policy choice cannot be ruled out, it adds.

The policy warns that Pakistan is committed to defending its territorial integrity in response to any military misadventure.

Requisite conventional capabilities will be ensured through astute investment in constant modernisation of our armed forces without embroiling in any arms race, it said.

In addition, indigenisation of defence production, increased capabilities in network centricity, battlefield awareness, electronic warfare capabilities, and other force multipliers will be prioritised, the policy says.

The NSP says the nuclear deterrence occupies a critical role in the security calculus of South Asia.

Pakistan's nuclear capability deters war through full spectrum deterrence within the precincts of credible minimum nuclear deterrence in concert with our conventional military capabilities and all elements of national power, it said.

The policy says the expansion of India's nuclear triad, open-ended statements on nuclear policy, and investments in and introduction of destabilising technologies disturb the strategic balance in the region and Pakistan's deterrence regime is vital for and aimed at regional peace.

The policy says that hybrid warfare is an evolving concept with expanding and blurring boundaries and hybrid threats against Pakistan originate from states and their proxies as well as from non-state actors.

Pakistan will adopt a holistic, interconnected whole-of-nation approach to neutralise attempts to undermine Pakistan's security and stability through hybrid warfare, it notes.

It says the security of land, air, and sea borders along with space and cyber domains is paramount.

Special attention is required to manage lingering border disputes which continue to pose security threats, particularly along the Line of Control and Working Boundary where ceasefire violations by India threaten civilian lives and property while endangering regional stability, it claims.

Pakistan should strengthen and enhance space-based technology and its application to meet future challenges to combat disinformation and influence operations while enhancing information and cyber security, data security, and surveillance capacity, it said.

The policy notes that the Indian Ocean is fast becoming a space for contestation and the self-professed role of any one country as a so-called net-security provider in the wider Indian Ocean would affect the region's security and economic interests negatively.

This requires a renewed focus on strengthening Pakistan's capabilities to meet emerging challenges. Protection of our Exclusive Economic Zone, ensuring freedom of navigation, and protection against piracy will remain critically important, it says.

Highlighting the importance of the information age, it said the security and surveillance of communications and cyberspace are crucial aspects of defence.

With information and cyber warfare posing a new dimension to our security challenges, instituting robust mechanisms to protect cyberspace from malicious use are essential tools for our security, it says.

According to its Executive Summary, the National Security Policy 2022-2026 is Pakistan's first national security policy document, seeking to co-locate the country in emerging global trends and identifies policy objectives and priority areas where Islamabad should invest its national resources to ensure the most beneficial outcomes.

The Policy articulates a citizen-centric Comprehensive National Security' framework for Pakistan whose ultimate purpose is to ensure the safety, security, dignity, and prosperity of people. It recognises both traditional and non-traditional security aspects that impinge on national security, it says.

Major opportunities and challenges, as well as policy objectives for each significant aspect of national security, are described briefly.

Specific details and analyses of the security landscape, the country's vital national security interests, priority actions, and implementation framework have not been included in the document.

Earlier, National Security Advisor Moeed Yusuf said that Pakistan, under the new policy, will be shifting to a Comprehensive National Security Framework with the aim of ensuring the safety, security, and dignity of the citizens of Pakistan.

"The policy puts economic security at the core. A stronger economy would create additional resources which would then be distributed to further bolster military and human security, he said.

On the foreign front, the new policy highlights disinformation, Hindutva, and the use of aggression for domestic political gains as key threats from India, the Express Tribune newspaper reported.

The report, quoting Yusuf, said the policy places the Jammu and Kashmir issue as the core of the bilateral relationship.

Earlier this week, an official said that Pakistan is willing to make peace with immediate neighbours, including India, under the new security policy which leaves doors open for trade with New Delhi even without the settlement of the Kashmir issue provided there is headway in bilateral talks.

Peace with immediate neighbours and economic diplomacy will be the central theme of Pakistan's foreign policy in the new National Security Policy, the newspaper reported on Tuesday.

"We are not seeking hostility with India for the next 100 years. The new policy seeks peace with immediate neighbours, the official said on condition of anonymity.

If there is a dialogue and progress, there would be a possibility of normalising trade and commercial ties with India as it had happened in the past, the official added.

India has told Pakistan that it desires normal neighbourly relations with Islamabad in an environment free of terror, hostility and violence.