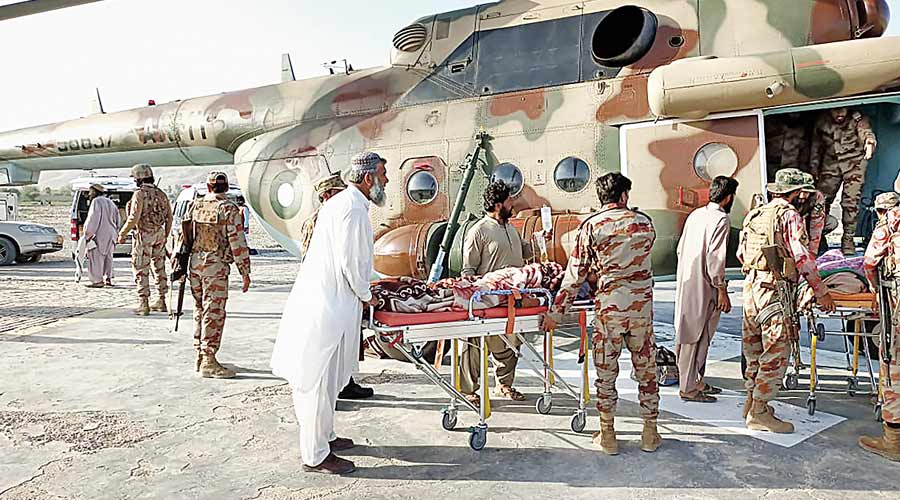 An earthquake of magnitude 5.7 hit southern Pakistan in the early hours of Thursday, killing 20 people, most of them women and children, and injuring about 300, at a time when many victims were asleep, authorities said.

The earthquake struck at a shallow depth of about 20km , with its epicentre 102km east of the city of Quetta, the US Geological Survey (USGS) said.

“I was sleeping when suddenly my entire house jolted,” Munir Shah, 40, a resident of Harnai district in Balochistan province, told Reuters by telephone.

“I took my children and wife outside. It was a terrifying situation as houses in Harnai were collapsing, my house was also damaged,” he added.

“I found a large number of people under debris. Some of them might have died.”

About 250 homes collapsed and many were killed by falling roofs and crumbling walls in Babu Mohallah neighbourhood, said Nawab Khan, a local journalist.