House, with some GOP support, impeaches Trump for ‘incitement of insurrection’

After a dubious first in US history, Trump faces Senate trial that can bar him for life 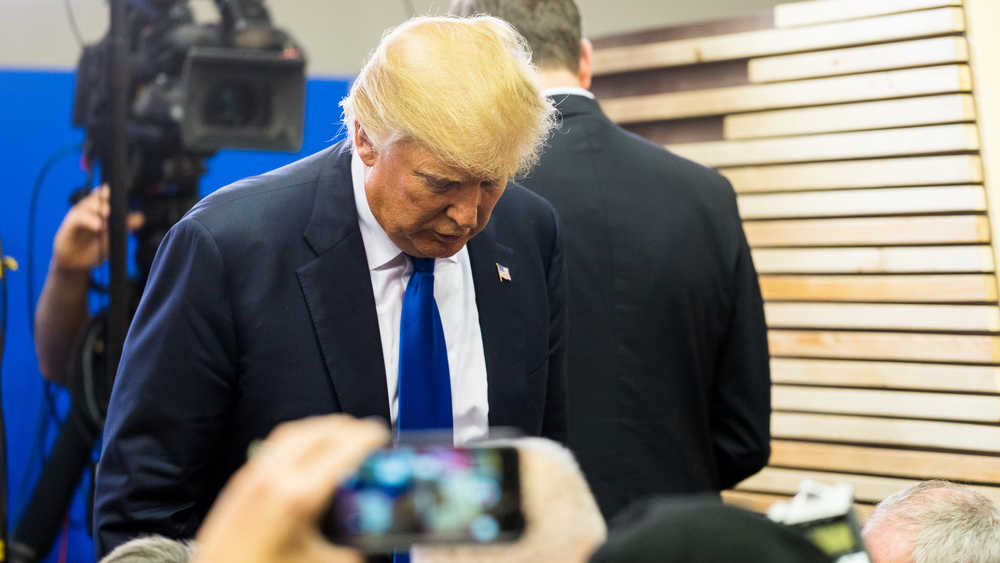 Donald J. Trump on Wednesday became the first American President to be impeached twice, as 10 members of his party joined with Democrats in the House to charge him with “incitement of insurrection” for his role in egging on a violent mob that stormed the Capitol last week.

Reconvening in a building now heavily militarised against threats from pro-Trump activists and adorned with bunting for the inauguration of President-elect Joseph R. Biden Jr, lawmakers voted 232 to 197 to approve a single impeachment article.

It accused Trump of “inciting violence against the government of the United States” in his quest to overturn the election results, and called for him to be removed and disqualified from ever holding public office again.

The vote left another indelible stain on Trump’s presidency just a week before he is slated to leave office and laid bare the cracks running through the Republican Party. More members of his party voted to charge the President than in any other impeachment.

Speaker Nancy Pelosi of California, declaring the past week one of the darkest chapters in American history, implored colleagues to embrace “a constitutional remedy that will ensure that the republic will be safe from this man who is so resolutely determined to tear down the things that we hold dear and that hold us together”.

A little more than a year after she led a painstaking, three-month process to impeach Trump the first time for a pressure campaign on Ukraine to incriminate Biden — a case rejected by the President’s unfailingly loyal Republican supporters — Pelosi had moved this time with little fanfare to do the same job in only seven days.

“He must go. He is a clear and present danger to the nation that we all love,” the speaker said, adding later, “It gives me no pleasure to say this — it breaks my heart.”

The top House Republican, Representative Kevin McCarthy of California, conceded in a pained speech on the floor that Trump had been to blame for the deadly assault at the Capitol. It had forced the vice- president and lawmakers who had gathered there to formalise Biden’s victory to flee for their lives.

“The President bears responsibility for Wednesday’s attack on Congress by mob rioters,” said McCarthy, one of the 138 Republicans who returned to the House floor after the mayhem and voted to reject certified electoral votes for Biden. “He should have immediately denounced the mob when he saw what was unfolding.”

Outside the House chamber, a surreal tableau offered reminders of the rampage that gave rise to the impeachment, as thousands of armed members of the National Guard in camouflage fatigues surrounded the complex and snaked through its halls, stacking their helmets, backpacks and weapons wherever they went.

Their presence gave the proceedings a wartime feel, and evoked images of the 1860s, when the Union Army had quartered in the building.

A week of trauma and deliberation left lawmakers sparring not just over impeachment, but also over facial coverings mandated because of the coronavirus and newly installed metal detectors outside the House chamber meant to stop lawmakers from bringing guns onto the floor.

Some Republicans darted past the machines without stopping, setting the alarms wailing. Several Democrats said they had concerns — so far unsubstantiated — that far-Right colleagues might have played a role in facilitating the attack, and they requested an investigation.

Dozens of others stayed away from the Capitol on the momentous day, fearful of exposing colleagues or themselves to the virus and of lingering security threats, instead casting their votes remotely by proxy.

The House’s action set the stage for the second Senate trial of the President in a year. The precise timing of that proceeding remained in doubt, though, as senators appeared unlikely to convene to sit in judgment before January 20, when Biden will take the oath of office and Trump will become a former President.

The last proceeding was a partisan affair. But this time, Senator Mitch McConnell, Republican of Kentucky and the majority leader, was said to support the effort as a means of purging his party of  Trump, setting up a political and constitutional showdown that could shape the course of American politics.

If a Senate trial resulted in Trump’s conviction, it held out the prospect, tantalising for Democrats and many Republicans alike, of barring him from ever holding office again.
In a measured statement after the vote, Biden called for the nation to come together after an “unprecedented assault on our democracy”.

He was staring down the likelihood that the trial would complicate his first days in office, and said he hoped Senate leadership would “find a way to deal with their constitutional responsibilities on impeachment while also working on the other urgent business of this nation”. That work included cabinet nominations and confronting the coronavirus crisis.

In the House, Democrats and Republicans who supported his ouster made no attempt to hide their fury at Trump, who was said to have enjoyed watching the attack play out on television as lawmakers pleaded for help. Republicans harangued members of their own party for supporting his mendacious campaign to claim election victory.

Returning to the same chamber where many of them donned gas masks and hid under chairs amid gunfire one week ago — as rioters carrying zip ties and chanting “hang Pence” and “where’s Nancy” overtook the police — lawmakers issued stinging indictments of the President and his party.

“They may have been hunting for Pence and Pelosi to stage their coup,” said Representative Jamie Raskin of Maryland, the lead impeachment prosecutor, “but every one of us in this room right now could have died”.

At least five people did die during the attack, including an officer and a member of the mob who was shot just outside the chamber door.

Lawmakers said the threat from Trump had not subsided.

“He is capable of starting a civil war,” said Representative Maxine Waters of California, a veteran liberal.

After four years of nearly unquestioning alliance with him, few Republicans defended Trump’s actions outright. Those who did resorted to a familiar set of false equivalencies, pointing to racial justice protests last summer that turned violent and accusations that Democrats had mistreated the President and were trying to stifle the 74 million Americans who voted for him.

“It’s always been about getting the President, no matter what,” Representative Jim Jordan, Republican of Ohio, shot across the room at Democrats. “It’s an obsession — an obsession that has now broadened. It’s not just about impeachment anymore, it’s about cancelling, as I’ve said. Cancelling the President and anyone that disagrees with them.”

Overhanging the proceedings was the deadly coronavirus pandemic, which is killing more than 3,000 Americans a day.

A handful of lawmakers were infected after the chaotic evacuation of the Capitol, as many Republicans had refused to wear masks in the secure rooms where lawmakers in both parties had huddled for safety.

Far from contrite, Trump insisted in the run-up to the vote that his words to loyalists swarming Washington last week had been appropriate.