The measure, the first House rebuke of a President in more than 100 years, passed nearly along party lines 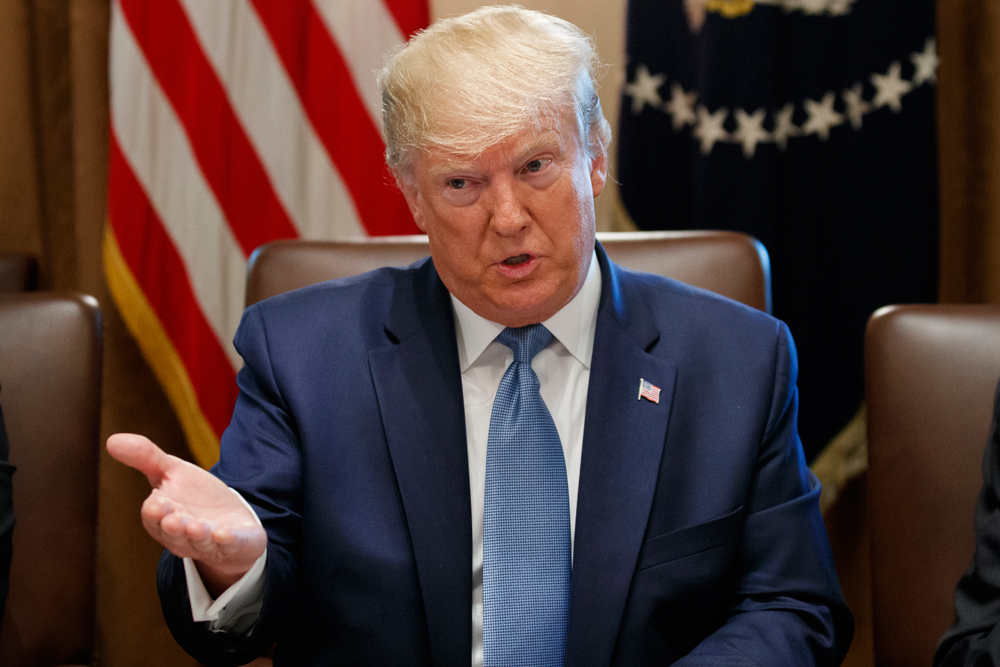 The House voted on Tuesday to condemn as racist President Trump’s attacks against four congresswomen of colour, but only after the debate over the President’s language devolved into a bitterly partisan brawl that showcased deep rifts over race, ethnicity and political ideology in the age of Trump.

The measure, the first House rebuke of a President in more than 100 years, passed nearly along party lines, 240 to 187, after one of the most polarising exchanges on the floor in recent times.

Only four Republicans and the House’s lone independent, Representative Justin Amash of Michigan, voted with all Democrats to condemn the President.

Some Republicans were just as adamant in their defence of Trump: “What has really happened here is that the President and his supporters have been forced to endure months of allegations of racism,” said Representative Dan Meuser, Republican of Pennsylvania. “This ridiculous slander does a disservice to our nation.”

Republicans ground the proceedings to a halt shortly before the House was to vote on the non-binding resolution, which calls Trump’s tweets and verbal volleys “racist comments that have legitimised increased fear and hatred of new Americans and people of colour.”

It was the Democrats’ response to Trump’s attacks on Representatives Alexandria Ocasio-Cortez of New York, Ilhan Omar of Minnesota, Ayanna S. Pressley of Massachusetts and Rashida Tlaib of Michigan, who he said should “go back” to their countries, an insult that he has continued to employ in the days since.

“There’s no excuse for any response to those words but a swift and strong, unified condemnation,” Speaker Nancy Pelosi said as the House debated the resolution. “Every single member of this institution, Democratic and Republican, should join us in condemning the President’s racist tweets.”

As Republicans rose to protest, Pelosi turned towards them on the House floor and picked up her speech, her voice rising as she added, “To do anything less would be a shocking rejection of our values and a shameful abdication of our oath of office to protect the American people.”

Representative Doug Collins of Georgia, the top Republican on the Judiciary Committee, made a formal objection to the remarks, charging that they had violated the rules of decorum, which call for lawmakers to avoid impugning the motives of their colleagues or the President. It was a stunning turn in a debate about Trump’s own incendiary language.

Trump on Tuesday denied that his tweets were racist and implored House Republicans to reject the measure. The President raged on Twitter, calling the House resolution a “con game” as he renewed his harsh criticism of the congresswomen.

“Those Tweets were NOT Racist,” Trump wrote. “I don’t have a Racist bone in my body! The so-called vote to be taken is a Democrat con game. Republicans should not show ‘weakness’ and fall into their trap.”

Late on Tuesday, the President praised how the Republicans voted, tweeting, “So great to see how unified the Republican Party was on today’s vote concerning statements I made about four Democrat Congresswomen.”

The vote was a show of unity for Democrats — who had been squabbling for weeks — and a test of Republican principles. In the end, the only Republicans to cross party lines were Representative Fred Upton of Michigan, Susan W. Brooks of Indiana, Brian Fitzpatrick of Pennsylvania and Will Hurd of Texas, the House’s only black Republican.

But as the debate played out, the scene devolved into a spectacle.

At one point, Representative Emanuel Cleaver II, Democrat of Missouri, who was presiding in the House when Republicans challenged Pelosi’s words, banged the gavel, rose from the marble dais and stormed off the floor. “We aren’t ever, ever going to pass up, it seems, an opportunity to escalate, and that’s what this is,” Cleaver said, his voice rising in frustration. “We want to just fight.”

For their part, Republicans took to the floor not to defend the President’s remarks but to condemn Democrats for what they called a breach of decorum.