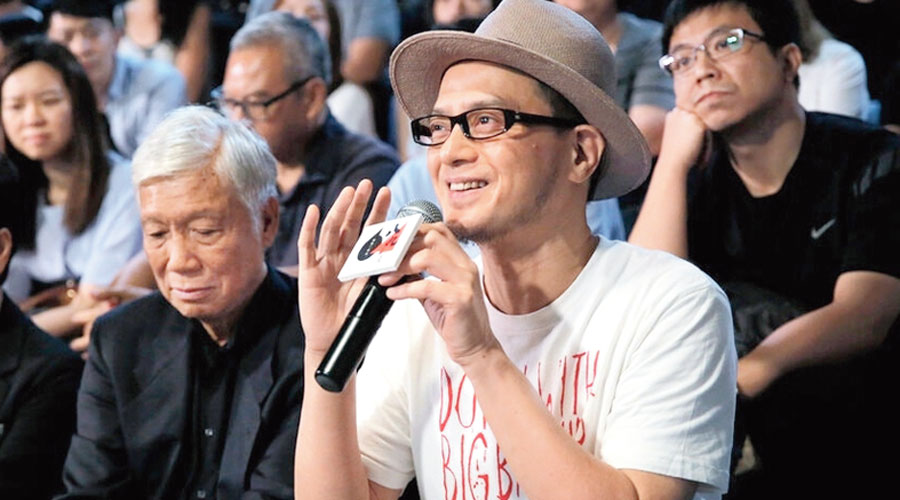 In 2018, the Cantopop singer Anthony Wong Yiu-ming performed two songs at an election rally and encouraged attendees to vote for a pro-democracy candidate for Hong Kong’s legislature.

On Monday, the city’s Independent Commission Against Corruption arrested Wong and accused him of violating campaign laws. It said  Wong, 59, had been detained over his performance at a by-election rally for Au Nok-hin, 34, who later won his race.

Both were charged with violating a provision of the law that bans the solicitation of votes using food, drink or entertainment. The charges carry a potential sentence of up to seven years in prison.

“Providing others with refreshments and entertainment at an election is a corrupt conduct and a serious offense,” the anti-corruption body said in a statement announcing the charges.

Wong’s arrest follows a sweeping campaign against the political opposition in Hong Kong in which people have been targeted over a broad range of expression, including protest slogans, children’s books and newspaper articles. Most of the Chinese territory’s pro-democracy politicians have either been arrested under a year-old national security law or moved abroad. Mass antigovernment protests that filled the streets in 2019 have been silenced.

Au is already serving a 10-month prison term over his involvement in a 2019 protest and is one of dozens of politicians facing charges under the security law in connection with an informal election primary held by pro-democracy parties last year, which the authorities say was part of a plan to subvert the government.

A representative for Wong did not immediately return a request for comment.

The charges are the latest in a series of legal actions against the opposition camp by the Hong Kong authorities. Last month, the police arrested five members of a speech therapists’ union over the publication of children’s books that officials said instilled hatred of the government.

Last week, a demonstrator who crashed his motorcycle into the police last year while holding a banner bearing a protest slogan was sentenced to nine years in prison for terrorism and inciting secession, the first conviction under the security law.

The pro-democracy newspaper Apple Daily was forced to close in June after its bank accounts were frozen by the authorities. Its founder, Jimmy Lai, top editors and executives have been charged under the security law for allegedly calling for sanctions against the Hong Kong and Chinese governments.

The anti-corruption body also announced charges against three people last week, including Benny Tai, a leading political strategist for the pro-democracy camp, accusing them of placing $32,000 worth of newspaper advertisements for the 2016 legislative election. Under Hong Kong law, it is illegal for anyone other than a candidate or a candidate’s authorised agent to spend on a campaign.

Wong, who is sometimes called the Cantonese David Bowie, is a vocalist with the electronic band Tat Ming Pair, which uses theatrical make-up, costumes and stagecraft.

Tat Ming Pair tackles social and political issues in its songs. Its biggest hits were two albums that touched upon the Chinese government’s crackdown on the 1989 Tiananmen Square protests as well as the anxiety in Hong Kong, a former British colony, in the lead-up to its return to Chinese rule in 1997. Two of the band’s songs, Forgot He or She and Love in the Time of Pandemic, are about homosexuality and the prejudice faced by members of the gay community.

Wong is one of the few celebrities who have spoken out against the Hong Kong government and its backers in Beijing, a position that he says has cost him a huge amount of income and partnerships with international brands.

He told The New York Times in a 2019 interview that coming out as gay in 2012 helped him feel more comfortable with breaking an industrywide silence about politics, and he later spoke out in support of Hong Kong’s pro-democracy Umbrella Movement in 2014.

“I am a civilian first,” Mr. Wong said, “then a musician and also a social activist.”

He said at the time that he was not worried about being blacklisted in China because of his politics.

“I’ve been singing for 30 years, and I can afford to pay this price,” he said. “A lot of people would then become too scared to speak up or express themselves. This is the most chilling part of it.”