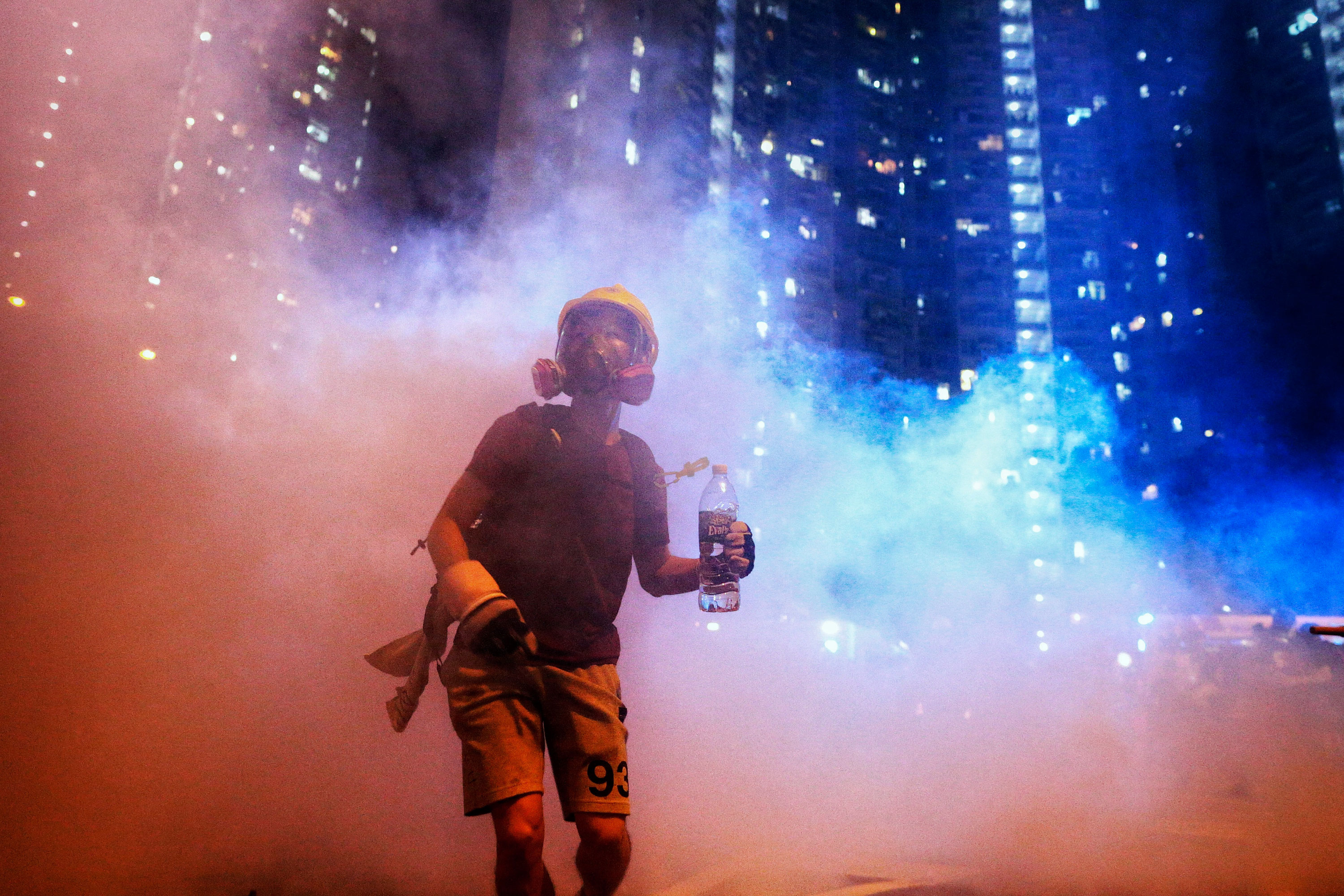 Hong Kong police fired tear gas on Saturday night in confrontations with black-clad activists in the city’s Kowloon area, as the Chinese-controlled territory was again rocked by anti-government protests.

Police kept out of sight during an afternoon that saw tens of thousands of protesters march through what is ordinarily a busy shopping district, but charged onto the streets after 9pm (1300 GMT), with hundreds of officers in riot gear pushing crowds back.

As more than 1,000 protesters stood their ground on Nathan Road, a major thoroughfare, police warned against what they called an illegal assembly and urged them to leave immediately or force would be used.

Protests against a proposed bill allowing people to be extradited to stand trial in mainland China have grown increasingly violent since June, with police accused of excessive force and failing to protect protesters from suspected gang attacks.

Police said they used tear gas to disperse the crowd after protesters set fires outside the Tsim Sha Tsui police station and “damaged multiple vehicles inside the station”.

Earlier in the day, protesters marched through the crowded Mong Kok district, with many then dispersing to different parts of the Kowloon peninsula, where they set up barriers across busy streets to block traffic.

Protesters, covering their faces with masks or bandanas and wearing helmets and goggles, have adopted increasingly sophisticated tactics. On Saturday, many carried hiking sticks and some held homemade shields.

“We don’t stay in the same place. We are using hit-and-run tactics,” said a construction worker who was among protesters in the Mong Kok area of Kowloon and called himself “Water”. “If the police are too strong, we will leave. They are a rock, so we must be like water,” he added, echoing a refrain of Hong Kong martial arts legend Bruce Lee that has been taken up by activists.

In the Nathan Road area, normally packed with shoppers on a Saturday, shutters were down on most street-facing shops, including 7-11 convenience stores, jewellery chain Chow Tai Fook and watch brands Rolex and Tudor. The main entrance to the landmark Peninsula Hotel was closed.

Many of Saturday’s demonstrators wore yellow or white hard hats, and the crowds chanted “age of revolution!” and “Hong Kongers, add oil!” — a popular exhortation in Cantonese.

Earlier, hundreds of marchers held posters with an illustration of protesters in hard hats tending to a young child, with the words“protect the future”. The crowd was mostly young.