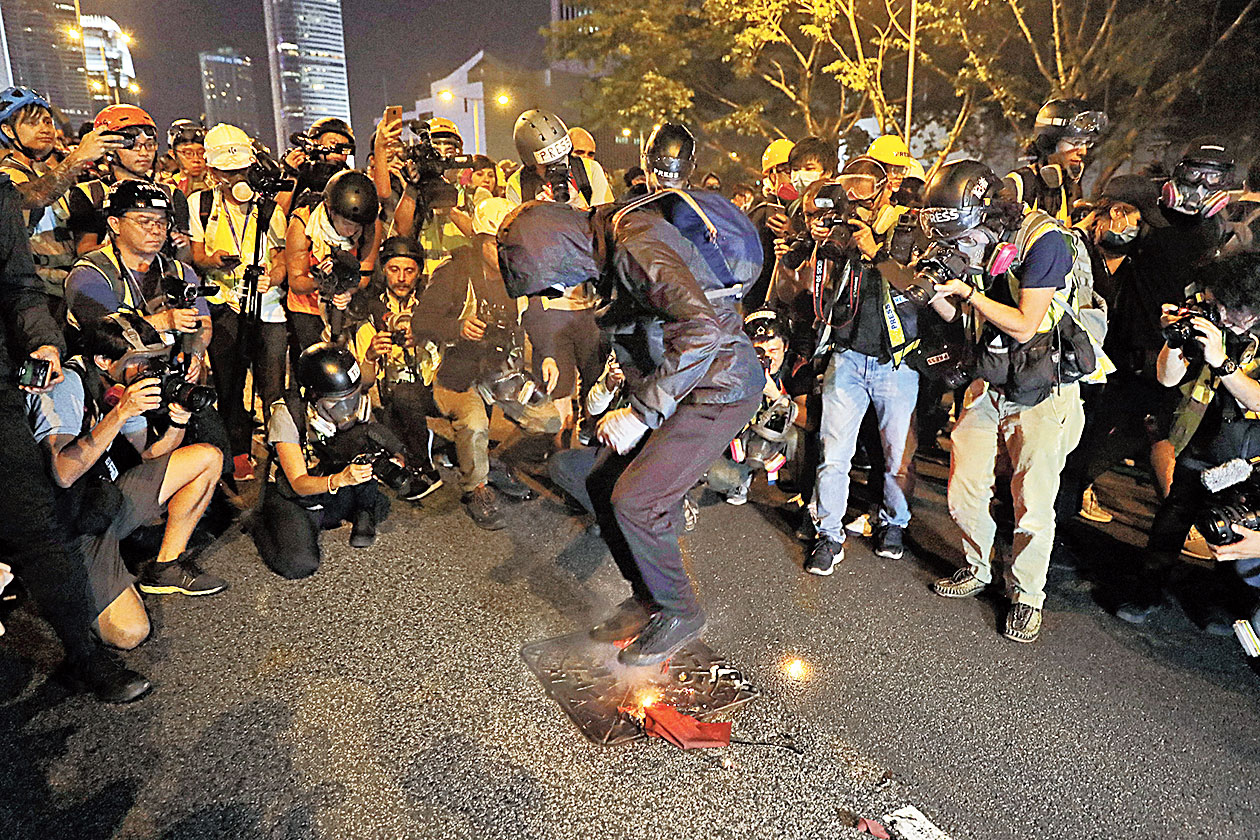 Hong Kong police used pepper spray on Saturday to try to disperse anti-government protesters who threw rocks and blocked a key road next to a huge pro-democracy rally, near the local headquarters of China’s People’s Liberation Army (PLA).

Protesters, many dressed all in black and wearing masks, also shone lasers at a helicopter hovering overhead, as the demonstrations took a now all-too familiar turn into violence as they often have over the past three months.

Police were moving water cannon into position as protesters shouted obscenities and daubed slogans on shop-fronts.

Thousands, young and old, had gathered peacefully at a harbourside park to mark the fifth anniversary of the “Umbrella” pro-democracy movement which gridlocked streets for 79 days in 2014.

A band was playing Beatles music as the violence erupted.

The park sits in front of central government offices and the Legislative Council, both of which have come under attack before, sparking violent street battles with police.

“It’s a special day for Hong Kong protesters. We will stick together to fight for freedom,” said Sam, 33, dressed in black and wearing a mask.

“Most people think Hong Kong was dying after five years, but many people are still fighting for Hong Kong.”

“They are not our children,” China supporter Yau Mei-kwang said of the frontline activists. “Because at this age, they should be studying, not running to the airport, hitting people, hitting the police, insulting people. That is not right.”

A pro-democracy protester who only gave his name as Wong defended the use of violence.

“We know that they will not listen if we rally in peace because we are not on the same level.”

Protesters had spent the afternoon rebuilding “Lennon Walls” of anti-government graffiti, some of which were torn down by pro-Beijing activists last weekend.