‘Homeland through a cracked mirror’

From exile in the US, Afghan writer Khaled Hosseini says, we cannot allow our partners — the US has been calling the Afghan people “our partners” for 20 years — to be murdered 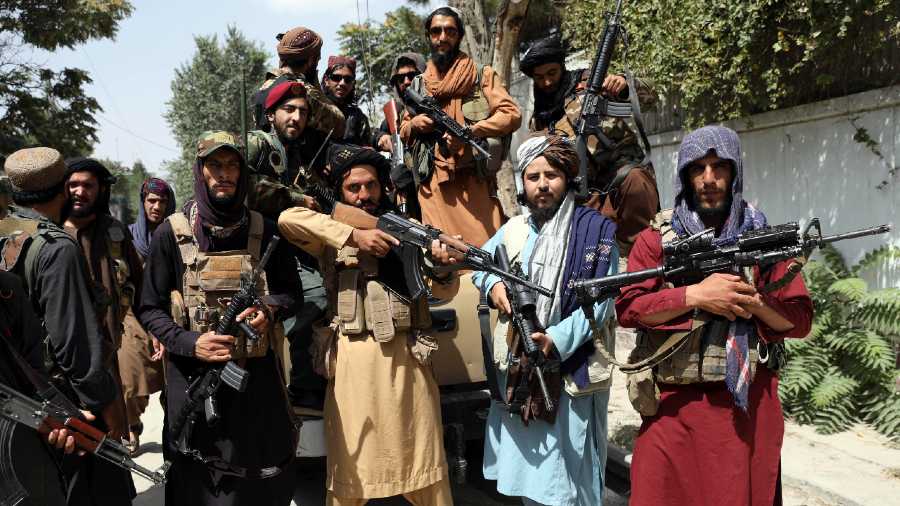 Like so many people, novelist Khaled Hosseini watched Afghanistan fall to the Taliban over the past few days with horror and sadness.

Though he has lived in the US since 1980, he was born in Kabul, and his best-known books, like The Kite Runner and A Thousand Splendid Suns, are deeply rooted in the country’s history and culture.

How has your sense of Afghanistan’s future changed over the years?

I was in Afghanistan early in 2003, and in those days, there was virtually no insurgency. There was this very heady optimism about this semi-Jeffersonian democracy, and about where the country was headed — gender equality, rights for girls and women, people being able to participate in an open and representative political process. All of that was in play.

Over the years we adjusted our expectations, and over time we came to expect that, well, that was all a pipe dream, but at least what we can hope for is a compromised sort of democracy, with corruption and all sorts of issues. But at least Afghans in the cities, for sure, appear to be safe. They know there’s been a lot of progress in the last 20 years in Afghanistan, and that gave me hope. And of course, over the last couple of years, those hopes have declined. And in the last few days, they have been utterly crushed.

What should people be reading to better understand Afghanistan and Afghan people right now?

But there has been an uptick in demand for your books. Is there anything you want people to know who are picking up one of them for the first time?

These are stories. This is the perspective of someone who has lived in exile, essentially since 1980. Salman Rushdie said that the viewpoint of the person in exile about their homeland is always through a cracked mirror, and that’s very true for me. I’ve always been very careful about making sure that people don’t mistake me for some kind of Afghan ambassador or Afghan representative. I haven’t lived there in a long time.

But I do have a perspective, and do feel strongly about what’s going on in Afghanistan, and I have a deep affection and a deep emotional connection with the people, with the land, with the culture, with the history and the heritage. I hope my books provide a little bit of insight on what Afghanistan is, beyond the usual storylines that we see in the media about Afghanistan as a breeding ground for terrorism or the Taliban, the opium trade, the cycles of war.

There’s so much more to Afghanistan. It’s a beautiful country with a beautiful, humble, kind, welcoming, hospitable and charming people. Everyone who’s been to Afghanistan says, “I’ve been to a lot of places in the world, but I’ve never been to a place like Afghanistan.” We call it the Afghan bug — people who go there become infected with the Afghan bug. It’s a very special place. It’s a beautiful place, both physically and the people themselves, and, once you know that, once you’ve had a taste of that, once you’ve been in touch with those people, and broken bread and had tea, the tragedies, the stuff that you see on television, take on a whole other dimension. It becomes personal, and it just becomes very, very painful.

What else do you want people reading this to know?

So I want people to reach out to their representatives, to their leaders, and say: We have a moral obligation to those people, we have to evacuate those people. We cannot allow our partners — the US has been calling the Afghan people “our partners” for 20 years — to be murdered. To be imprisoned, to be beaten and tortured and persecuted now that we have left. We have a moral obligation to follow through.