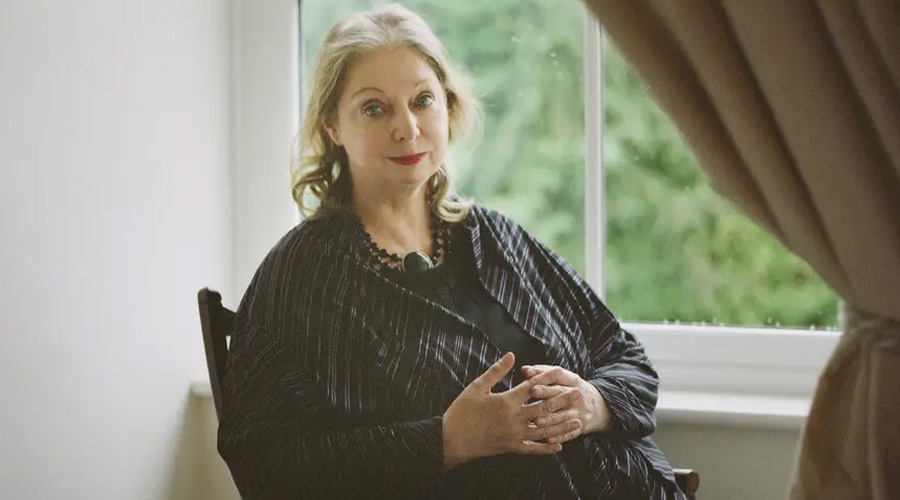 Hilary Mantel, the British author of Wolf Hall, Bring Up the Bodies and The Mirror and the Light, her trilogy based on the life of Thomas Cromwell, died Thursday at a hospital in Exeter, England. She was 70.

Her death, from a stroke, was confirmed by Bill Hamilton, her longtime literary agent. “She had so many great novels ahead of her,” Hamilton said, adding that Mantel had been working on one at the time of her death. “It’s just an enormous loss to literature,” he added.

Mantel was one of Britain’s most decorated novelists. She twice won the Booker Prize, the country’s prestigious literary award, for Wolf Hall and Bring Up the Bodies, both of which went on to sell millions of copies. In 2020, she was also longlisted for the same prize for The Mirror and the Light.

Parul Sehgal, a former book critic for The New York Times, wrote in a 2020 review of The Mirror and the Light that Mantel’s writing envelops the reader “in the sweep of a story rich with conquest, conspiracy and mazy human psychology”.

Mantel was not just a writer of historical fiction, Sehgal said, but an expert in showing “what power reveals and conceals in human character”.

Mantel was born Hilary Mary Thompson, and grew up in an Irish Catholic family in Hadfield, a village in Derbyshire. At 18, she moved to London to study law at the London School of Economics, but could not afford to finish her training.

After marrying Gerald McEwen, a geologist, she became a teacher and started writing on the side. She finished her first novel, A Place of Greater Safety, set in the French Revolution, in 1979.

It was rejected by publishers — she was unknown, and the book, a historical novel, was over 700 pages long. But her second book, a contemporary novel published in 1985, became a critical success, and over the next decades, she developed a cult following. Yet Mantel did not achieve mainstream success until 2009, with Wolf Hall, the first in her trilogy of books about Cromwell, the son of a blacksmith who ended up becoming one of Henry VIII’s most trusted assistants.

That novel began with a shocking scene: A teenage Cromwell lying in a pool of his own vomit, having been beaten by his father. Soon, Cromwell decides to make a different life for himself and embarks on a path towards power. Janet Maslin, in a review for The New York Times, called it an “arch, elegant, richly-detailed biographical novel”.

“Her book’s main characters are scorchingly well rendered,” Maslin added. “And their sharp-clawed machinations are presented with nonstop verve in a book that can compress a wealth of incisiveness into a very few well-chosen words.”

In a 2020 interview with The New York Times, Mantel said she had become fascinated with Cromwell after learning in high school about his role in dissolving Britain’s monasteries. Yet when reading novels about him, she saw he was presented as an odious stereotype.

“I realised that some imaginative work is due on this man,” she said. Cromwell became the dominant figure in her trilogy, which followed him as he transformed into one of the most powerful figures in Britain, only to then lose the king’s favour and his head.

“I’m not going to meet another Thomas Cromwell, if you think how long he’s been around in my consciousness,” Mantel said in the 2020 interview. Mantel did not just reawaken readers to Cromwell’s life in her novels; she also helped bring him to the stage in a series of award-winning plays and also a BBC TV series