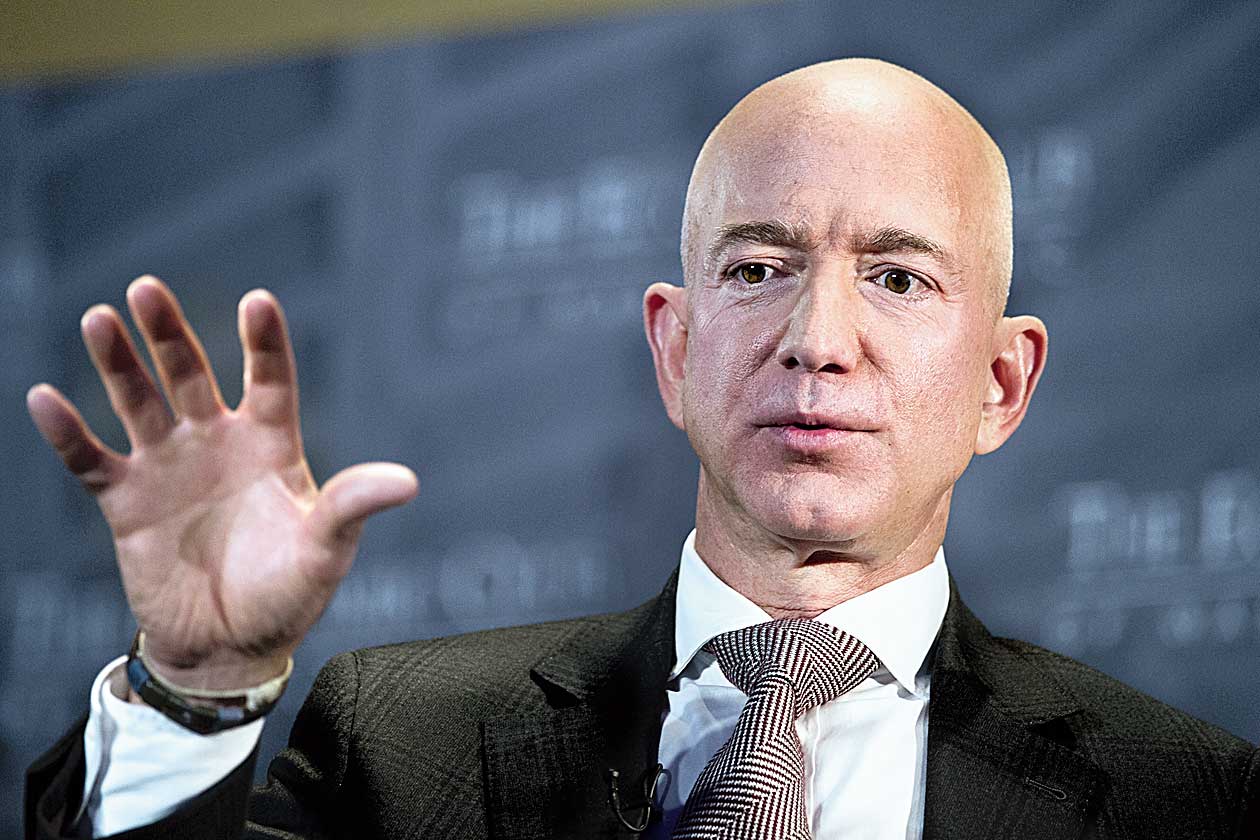 Jeff Bezos, owner of the Washington Post which employed the dissident Saudi journalist Jamal Khashoggi as a columnist, allegedly had his mobile phone hacked after receiving a WhatsApp video file from the kingdom’s crown prince, Mohammed bin Salman.

It is being suggested that “MBS”, as the crown prince is known, or his agents were fishing for intelligence on what Khashoggi was up to in the months leading up to his brutal murder.

It added: “Saudi experts — dissidents and analysts — told The Guardian they believed Bezos was probably targeted because of his ownership of the Post and its coverage of Saudi Arabia. Khashoggi’s critical columns about Mohammed bin Salman and his campaign of repression against activists and intellectuals rankled the crown prince and his inner circle.”

There is an accompanying photograph of Bezos and MBS sitting together when the latter visited the US in March 2018.

The report said: “The Amazon billionaire Jeff Bezos had his mobile phone ‘hacked’ in 2018 after receiving a WhatsApp message that had apparently been sent from the personal account of the crown prince of Saudi Arabia, sources have told The Guardian.

“The encrypted message from the number used by Mohammed bin Salman is believed to have included a malicious file that infiltrated the phone of the world’s richest man, according to the results of a digital forensic analysis.

It went on: “The two men had been having a seemingly friendly WhatsApp exchange when, on 1 May of that year, the unsolicited file was sent, according to sources who spoke to The Guardian on the condition of anonymity.

“Large amounts of data were exfiltrated from Bezos’s phone within hours, according to a person familiar with the matter.”

The paper added: “It may also lead to renewed scrutiny about what the crown prince and his inner circle were doing in the months prior to the murder of Jamal Khashoggi, the Washington Post journalist who was killed in October 2018 — five months after the alleged ‘hack’ of the newspaper’s owner.”

The paper also said: “The Guardian understands a forensic analysis of Bezos’s phone, and the indications that the ‘hack’ began within an infected file from the crown prince’s account, has been reviewed by Agnès Callamard, the UN special rapporteur who investigates extrajudicial killings.

“Callamard, whose own investigation into the murder of Khashoggi found ‘credible evidence’ the crown prince and other senior Saudi officials were responsible for the killing, confirmed to the Guardian she was still pursuing ‘several leads’ into the murder, but declined to comment on the alleged Bezos link.”

The Guardian did not get a comment from the Saudi embassy in Washington which later said in a tweet: “Recent media reports that suggest the Kingdom is behind a hacking of Jeff Bezos’ phone are absurd. We call for an investigation on these claims so that we can have all the facts out.”

According to the BBC’s technology reporter, Jane Wakefield, hacking is “horribly easy to do”.

She quoted computer expert Prof. Alan Woodward, who said “the seemingly innocent video would have contained malware that surreptitiously installed itself on the targeted phone. From there it would have been possible for the hacker to gain access to all the functions of the phone, from the GPS locator, to the camera, to the banking facilities and messaging apps.”

Woodward told her that phone hacking is “all too common in certain countries that are keen to keep an eye on journalists, dissidents and other activists perceived to be a threat to their regimes. So-called stalkerware is available off the shelf to these governments.”