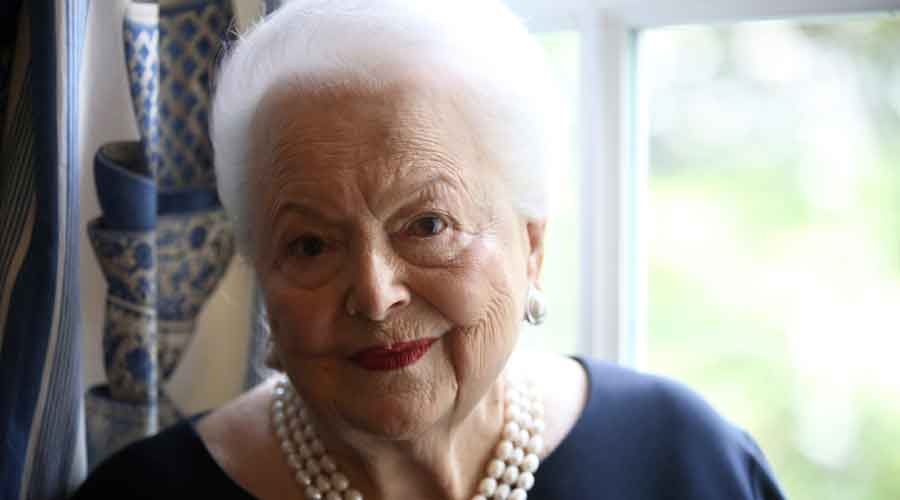 Gone With the Wind star Olivia de Havilland, considered the last surviving actress of the Golden Age of Hollywood, died on Sunday at the age of 104, the Hollywood Reporter said.

She died of natural causes at her home in Paris, where she had lived for more than 60 years.

De Havilland’s acting career included two Academy Awards, a victory over Hollywood’s studio system and a long-running feud with sister Joan Fontaine that was worthy of a screenplay.

She would have to fight to get challenging roles — a battle that ended up in court but paid off with Oscars for To Each His Own in 1946 and The Heiress in 1949.

De Havilland began her movie career after director Max Reinhardt saw her in a California production of A Midsummer Night’s Dream and cast her in his 1935 film version of the play. Warner Bros. was impressed and, as was the custom at the time, signed the teenager to a seven-year contract.

Warners loaned her out to make Gone With the Wind in 1939 and de Havilland’s gentle but willful personality helped make the role of Melanie one of the movie’s most intriguing parts.

The Oscars provided fodder and a venue for de Havilland’s rivalry with Fontaine, who was one year younger. Their relationship had been testy since childhood and the acrimony reached a new level in 1942 when the sisters were both Oscar-nominated — de Havilland for Hold Back the Dawn and Fontaine for Alfred Hitchcock’s Suspicion. Fontaine was the winner.

Four years later when de Havilland won for To Each His Own, Fontaine extended a congratulatory hand at the ceremony but de Havilland did not acknowledge her. De Havilland reportedly was upset about a catty remark by Fontaine about her husband, writer Marcus Goodrich.

De Havilland made 50 movies in her career and nine were with Errol Flynn. She told LA Weekly she had a crush on Flynn but never acted on it.