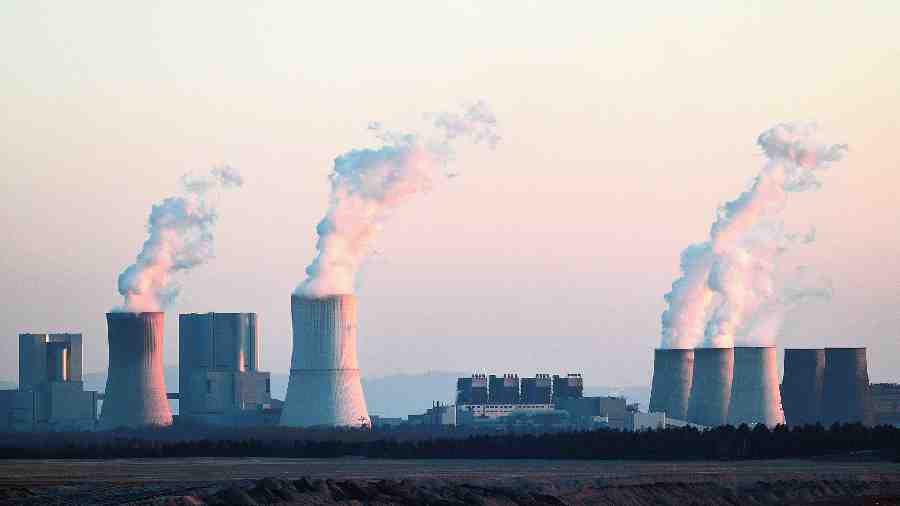 Europe’s biggest Russian gas buyers were racing to find alternative fuel supplies on Monday and even looking at burning more coal to cope with reduced gas flows from Russia that threaten an energy crisis in winter if stores are not refilled.

The crisis and sky-high gas prices add to the headache facing policymakers already fretting about surging inflation and a dimming economic outlook.

Italy’s Eni said it had been informed by Russia’s Gazprom that it would receive only part of its request for gas supplies on Monday, pushing the country closer to declaring a state of alert that will spark gas saving measures.

Germany, which has also faced lower Russian flows, announced on Sunday its latest plan to boost gas storage levels and said it could restart coal-fired power plants that it had aimed to phase out.

“That is painful, but it is a sheer necessity in this situation to reduce gas consumption,” said economy minister Robert Habeck, a member of the Green party that has pushed for a faster exit from coal, which produces more greenhouse gases.

“But if we don’t do it, then we run the risk that the storage facilities will not be full enough at the end of the year towards the winter season. And then we are blackmailable on a political level,” he said.

Russia repeated on Monday that Europe only had itself to blame for the gas crisis, after the West imposed sanctions in response to Moscow’s invasion of Ukraine, a gas transit route to Europe, as well as a major wheat exporter.

Dutch front-month gas contract, the European benchmark, was trading around 124 euros ($130) on Monday, down from this year’s peak of 335 euros but still up more than 300 per cent on its level a year ago, before prices started rocketing higher.

Russian gas flows to Germany through the Nord Stream 1 pipeline, the main route supplying Europe’s biggest economy, were still running at about 40 per cent of capacity on Monday, even though they had edged up from the start of last week.

Ukraine, another transit route for Russian gas, said its pipelines could help fill any gap in supply via Nord Stream 1. Moscow has previously said it could not pump more through the pipelines that Ukraine has not already shut off.

Russia is committing a war crime by blocking the export of millions of tonnes of Ukrainian grain, the EU’s foreign policy chief said on Monday as EU foreign ministers met to discuss ways to free up the crop amid a global food crisis.

Ukraine is one of the top wheat suppliers globally, but its shipments have stalled and more than 20 million tonnes of grain have been trapped in silos since Russia invaded the country in February and subsequently blocked its ports.

Russia denies responsibility for the food crisis, blaming it on western sanctions. Reuters