Companies will have to pay minimum tax rate regardless of where they are based, according to pact 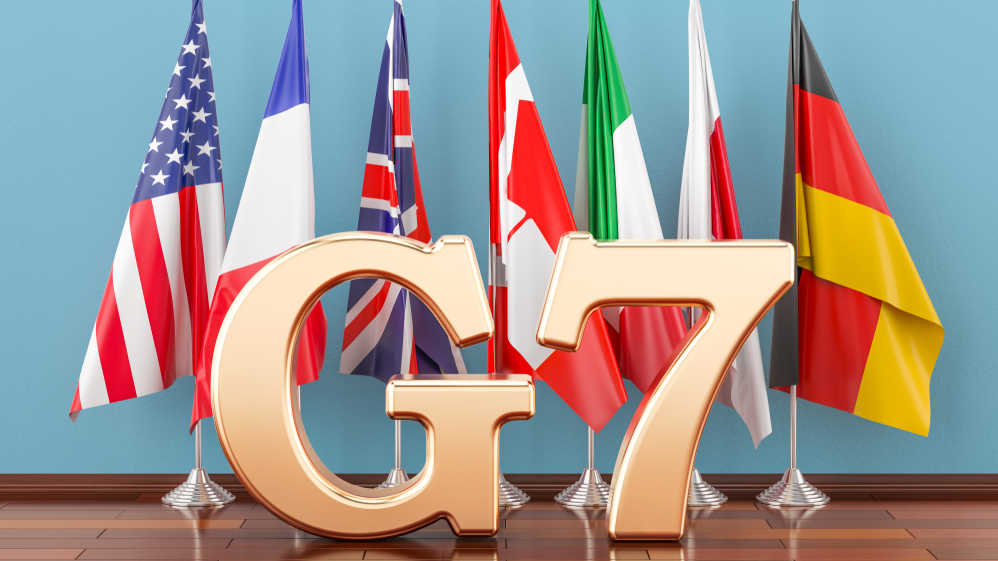 The Group of 7 delegations, which represent Britain, Canada, France, Germany, Italy, Japan and the US, negotiated late into Friday to hash out details of how the new tax systems would work and the language in the statement.
Shutterstock
Alan Rappeport   |   London   |   Published 06.06.21, 12:36 AM

The top economic officials from the world’s advanced economies reached a breakthrough on Saturday in their years-long efforts to overhaul international tax laws, unveiling a broad agreement that aims to stop large multinational companies from seeking out tax havens and force them to pay more of their income to governments.

Finance leaders from the Group of 7 countries agreed to back a new global minimum tax rate of at least 15 per cent that companies would have to pay regardless of where they locate their headquarters.

The agreement would also impose an additional tax on some of the largest multinational companies, potentially forcing technology giants like Amazon, Facebook and Google as well as other big global businesses to pay taxes to countries based on where their goods or services are sold, regardless of whether they have a physical presence in that nation.

Officials described the pact as a historic agreement that could reshape global commerce and solidify public finances that have been eroded after more than a year of combating the coronavirus pandemic.

The deal comes after several years of fraught negotiations and, if enacted, would reverse a race to the bottom on international tax rates. It would also put to rest a fight between the US and Europe over how to tax big technology companies.

Rishi Sunak, Britain’s chancellor of the exchequer, announced the agreement and hailed it as a deal that would make the global tax system “fit for the global digital age” and would ensure “the right companies pay the right tax in the right places”.

While the agreement is a major step forward, many challenges remain. Next month, the Group of 7 countries must sell the concept to finance ministers from the broader Group of 20 nations that are meeting in Italy. If that is successful, officials hope that a final deal can be signed by Group of 20 leaders when they reconvene in October.

Garnering wider support will not be easy. Ireland, which has a tax rate of 12.5 per cent, has come out against the global minimum tax, arguing that it would be disruptive to its economic model. Some major countries such as China have been quietly tracking the  proceedings but are considered unlikely to buy in. Finance officials believe that if enough advanced economies sign on, then other countries will be compelled to follow suit and they plan to exert political pressure on Ireland to join the agreement.

The Biden administration has been particularly eager to reach an agreement because a global minimum tax is closely tied to its plans to raise the corporate tax rate in the US to 28 per cent from 21 per cent to help pay for the President’s infrastructure proposal.

Business lobbyists and Republican lawmakers have warned that doing so will make American companies less competitive than their international counterparts and lead to more offshoring.

Treasury secretary Janet L. Yellen and other administration officials have said that getting other countries to go along with a base tax rate on overseas profits would minimise any disadvantage to American companies and make them less likely to move their operations to countries with lower taxes.

She described the agreement as “significant” and “unprecedented”.

“That global minimum tax would end the race to the bottom in corporate taxation, and ensure fairness for the middle class and working people in the US and around the world,” she said in a statement.

“The global minimum tax would also help the global economy thrive, by levelling the playing field for businesses and encouraging countries to compete on positive bases, such as educating and training our work forces and investing in research and development and infrastructure.”

The Group of 7 delegations, which represent Britain, Canada, France, Germany, Italy, Japan and the US, negotiated late into Friday to hash out details of how the new tax systems would work and the language in the statement.

France, which had been pushing for a tax rate above 15 per cent, wanted to ensure that there remains flexibility for the tax to be higher.

The US was pushing European countries to eliminate their digital services taxes, which the administration says unfairly target American technology companies. France, Italy and Britain have resisted abandoning those taxes until the agreement is finished and in place — a process that could take up to four years.

The joint statement, or communiqué, released on Saturday suggested that the digital taxes would remain in place for now.

“We will provide for appropriate coordination between the application of the new international tax rules and the removal of all digital services taxes, and other relevant similar measures, on all companies,” the statement said.

To prevent individual countries from imposing dozens of digital taxes around the world, the agreement reached Saturday would apply a new tax to large businesses with a profit margin of at least 10 per cent.

The finance ministers agreed that the tax would be applied to at least 20 per cent of profit exceeding that 10 percent margin “for the largest and most profitable multinational enterprises”.

At a news conference on Saturday, Yellen said she expected the largest American technology firms would face the levy.

Still, Yellen said she anticipated that they would appreciate the additional certainty the deal would bring, even if it resulted in paying more taxes.