For autocrats, outbreak is chance to grab more power

Leaders have passed emergency decrees and legislations expanding their reach 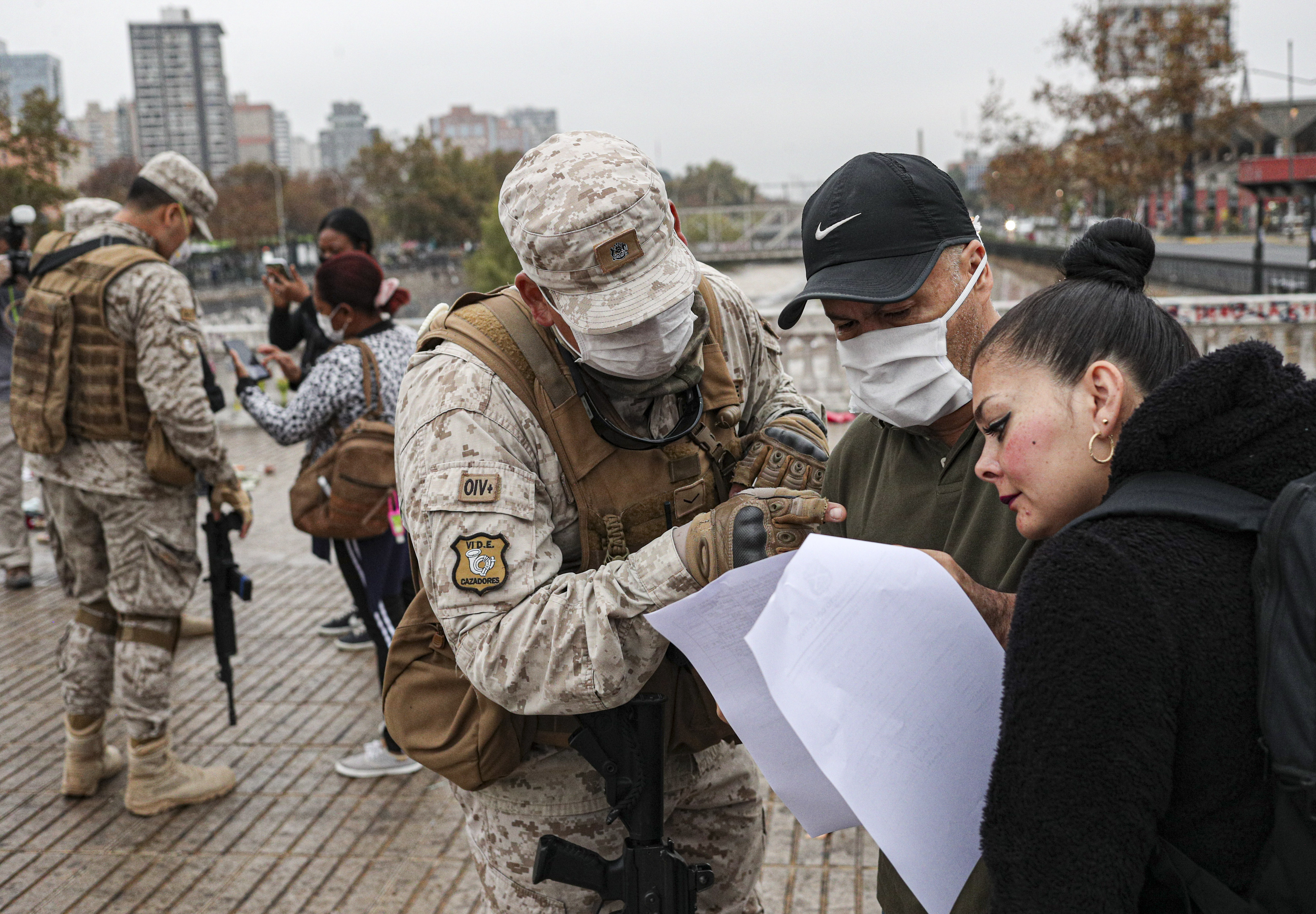 A soldier looks for names on a letter that gives people permission to be in transit, at a checkpoint that monitors the entry of people at the city limit of Santiago, Chile
(AP photo)
New York Times News Service/Selam Gebrekidan   |   London   |   Published 31.03.20, 08:34 PM

In Hungary, the Prime Minister can now rule by decree. In Britain, ministers have what a critic called “eye-watering” power to detain people and close borders. Israel’s Prime Minister has shut down courts and begun an intrusive surveillance of citizens.

Chile has sent the military to public squares once occupied by protesters. Bolivia has postponed elections.

As the coronavirus pandemic brings the world to a juddering halt and anxious citizens demand action, leaders across the globe are invoking executive powers and seizing virtually dictatorial authority with scant resistance.

Many of these actions are protected under international rules, constitutional lawyers say.

But critics say some governments are using the public health crisis as cover to seize new powers that have little to do with the outbreak, with few safeguards to ensure that their new authority will not be abused.

The laws are taking swift hold across a broad range of political systems — in authoritarian states like Jordan, faltering democracies like Hungary, and traditional democracies like Britain. And there are few sunset provisions to ensure that the powers will be rescinded once the threat passes.

“We could have a parallel epidemic of authoritarian and repressive measures following close if not on the heels of a health epidemic,” said Fionnuala Ni Aolain, the UN Special Rapporteur on counterterrorism and human rights.

As the new laws broaden state surveillance, allow governments to detain people indefinitely and infringe on freedoms of assembly and expression, they could also shape civic life, politics and economies for decades to come.

The pandemic is already redefining norms. Invasive surveillance systems in South Korea and Singapore, which would have invited censure under normal circumstances, have been praised for slowing infections. Governments that initially criticised China for putting millions of its citizens under lockdown have since followed suit.

Israel’s Prime Minister, Benjamin Netanyahu, has authorised his country’s internal security agency to track citizens using a secret trove of cellphone data developed for counterterrorism. By tracing people’s movements, the government can punish those who defy isolation orders with up to six months in prison.

And by ordering the closing of the nation’s courts, Netanyahu delayed his scheduled appearance to face corruption charges.

In some parts of the world, new emergency laws have revived old fears of martial law. The Philippine Congress passed legislation last week that gave President Rodrigo Duterte emergency powers and $5.4 billion to deal with the pandemic. Lawmakers watered down an earlier draft law that would have allowed the President to take over private businesses.

“This limitless grant of emergency powers is tantamount to autocracy,” a Philippine rights group, the Concerned Lawyers for Civil Liberties, said in a statement. The lawyers noted that Duterte had once compared the country’s Constitution to a “scrap of toilet paper”.

Some states are using the pandemic to crack down on dissent. In Jordan, after an emergency “defence law” gave wide latitude to his office, Prime Minister Omar Razzaz said his government would “deal firmly” with anyone who spreads “rumours, fabrications and false news that sows panic”.

Prime Minister Prayuth Chan-ocha of Thailand has assumed the authority to impose curfews and censor the news media. Journalists there have been sued and intimidated for criticising the government’s response to the outbreak.

While the virus itself may have cooled protesters’ will to crowd public squares, Chile’s declaration of a “state of catastrophe” and the military’s presence on city streets has muted raging dissent that rocked the nation for months.

The pandemic has also disrupted planned elections. This month, Bolivia suspended a much anticipated presidential election that had been scheduled for early May.

The interim President, who promised to serve only as a caretaker, has since consolidated power and announced her plan to run for an elected term.