He was working until well into his 80s and appeared in Star Wars: The Force Awakens which came out in 2015 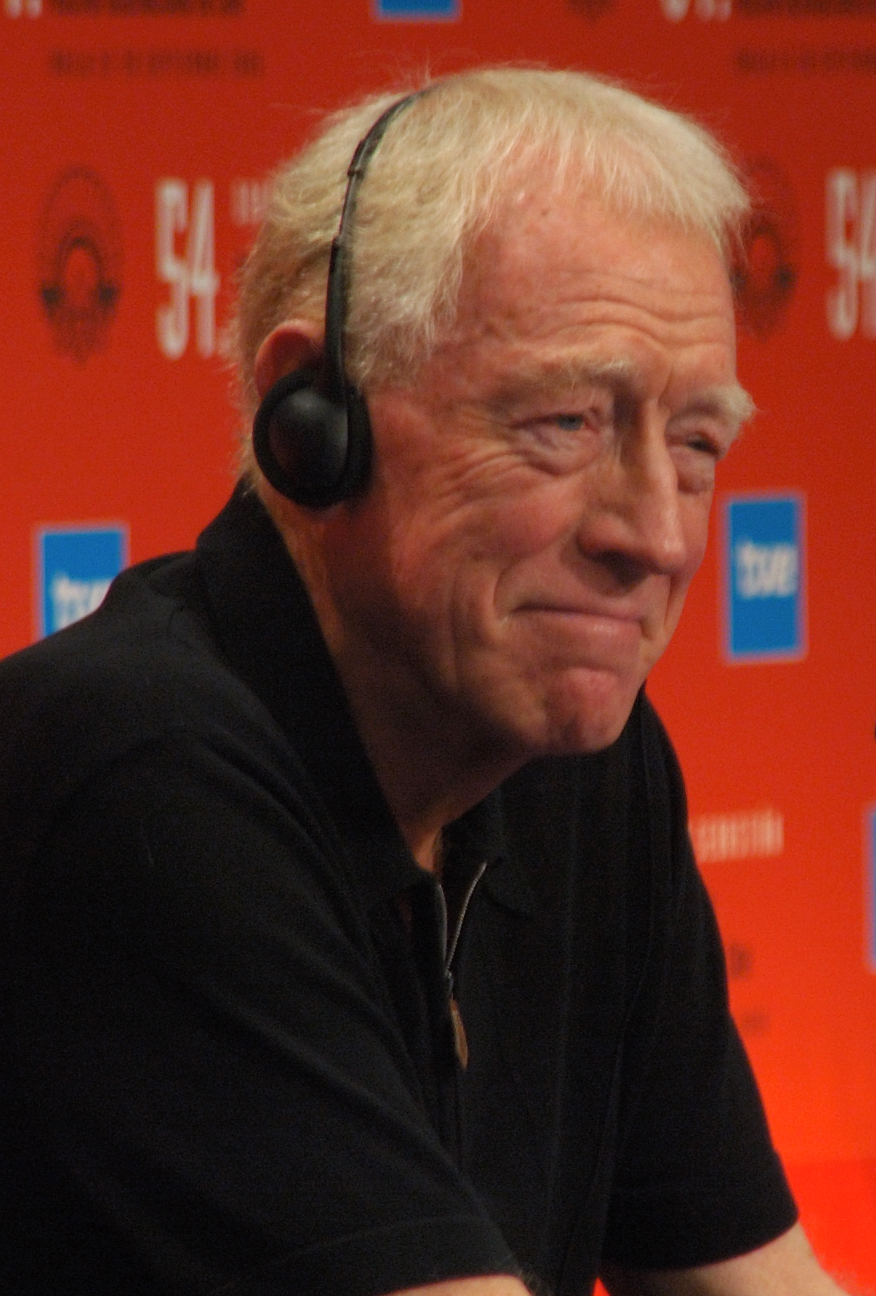 His wife, producer Catherine Brelet, told Paris Match: “It is with a broken heart and with infinite sadness that we have the extreme pain of announcing the departure of Max von Sydow on March 8, 2020.”

The actor’s gaunt face and gravelly voice were immediately recognisable on the big screen, and made him an ideal match for his compatriot and director Ingrid Bergman, with whom he collaborated on a series of acclaimed movies.

Arguably von Sydow’s most famous role was that of the knight Antonius Block, who plays chess with Death in the 1957 fantasy The Seventh Seal, the film that helped establish Bergman’s reputation beyond Scandinavia.

The men went on to work together on more than a dozen movies including Wild Strawberries (1957), Through a Glass Darkly (1961), Winter Light (1963) and Shame (1968), before von Sydow branched out into international cinema.

His big Hollywood breakthrough came with the role of Father Merrin in the 1973 horror classic The Exorcist, after which he worked with Woody Allen in Hannah and Her Sisters, David Lynch in Dune and Sydney Pollack in Three Days of the Condor.

The 1987 film Pelle the Conqueror, in which von Sydow played the father of the title character, won the Academy Award for best foreign language film and the Palme d’Or at the Cannes Film Festival among other accolades.

He was working until well into his 80s and appeared in Star Wars: The Force Awakens which came out in 2015.

He was born Carl Adolf von Sydow on April 10, 1929, into a family of academics in Lund in southern Sweden, and went on to appear in more than 120 movies in a dozen different countries, as well as numerous plays and radio dramas.

Von Sydow founded an amateur theatre company in his teens, and took the name Max after a flea he portrayed in a play during military service.

He trained at the Royal Dramatic Theatre in Stockholm in 194851, during which time he also made his screen debut in Only a Mother (1949).

In 1955, Bergman invited von Sydow to work with him at the Malmo Municipal Theatre and he became part of a group of actors with whom Bergman remained close until his death in 2007.

Von Sydow said in a 2012 interview that Bergman taught him everything from discipline to philosophy.

“He was my teacher, my friend and my director in I don’t know how many productions,” he told French magazine Telerama.

Of von Sydow, Bergman was quoted as saying: “He controls his demons with the utmost degree of discipline, never allowing them to roam free in his private life, only unleashing them on stage.”

Von Sydow was married twice, to the actor Christina Inga Britta Olin from 19511979. In 1997 he married Brelet and in 2002 became a citizen of her native France.