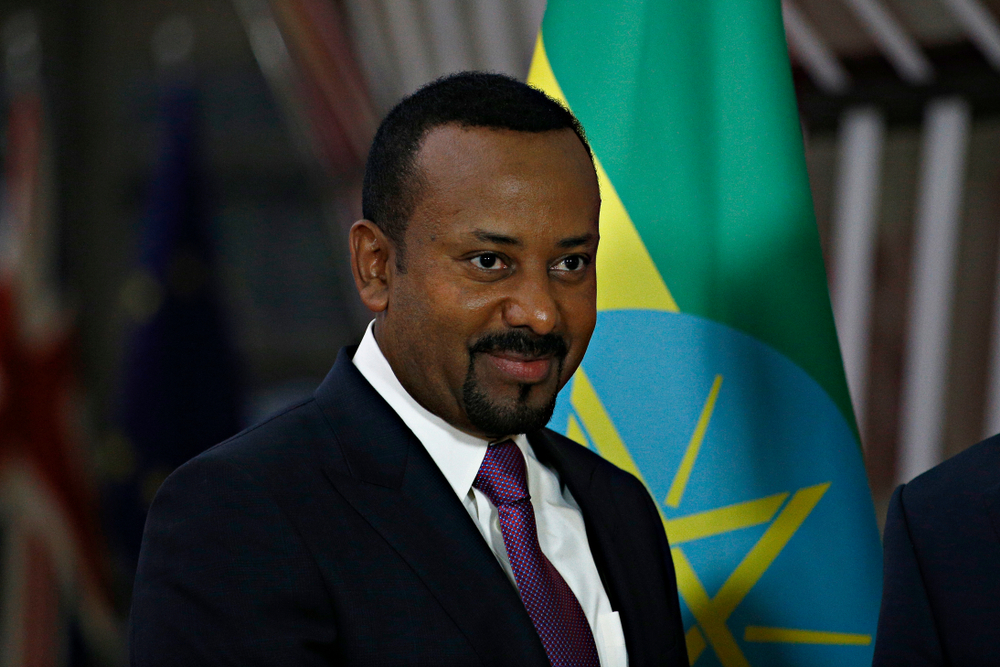 Ethiopian Prime Minister Abiy Ahmed had signed a "Joint Declaration of Peace and Friendship," with Eritrean Prime Minister Isaias Afwerki to end the conflict between the two nations
Shutterstock
AP   |   Oslo   |   Published 11.10.19, 09:41 AM

The 2019 Nobel Peace has been awarded to Ethiopian Prime Minister Abiy Ahmed.

Ahmed was cited for his efforts to achieve peace and international cooperation, and in particular for his decisive initiative to resolve the border conflict with neighbouring Eritrea.

Berit Reiss-Andersen, the chairwoman of the five-member Norwegian Nobel Institute that awards the Nobel Peace Prize said Ahmed was named for his moves to end his country's conflict with next door Eritrea within months of coming to office in 2018. He signed a 'Joint Declaration of Peace and Friendship,' with Eritrean Prime Minister Isaias Afwerki.

Within the Nobel Peace Prize, there is a long history of prizes going to statesmen associated with ending conflicts, most recently Colombia's Juan Manuel Santos who was awarded the prize in 2016 for helping to bring his country's 50 year civil war to an end.

There were plenty of speculation about possible winners but no hints were given from the Nobel committee, which doesn't reveal the names of candidates or nominations for 50 years.

Names flying around for the award were 16-year-old Swedish climate activist Greta Thunberg, Prime Minister Abiy Ahmed of Ethiopia, German Chancellor Angela Merkel, and activists in Hong Kong, among others.

While the other prizes are announced in Stockholm, the Nobel Peace Prize will be awarded in the Norwegian capital, Oslo.