Ethiopia mourners storm out of meet 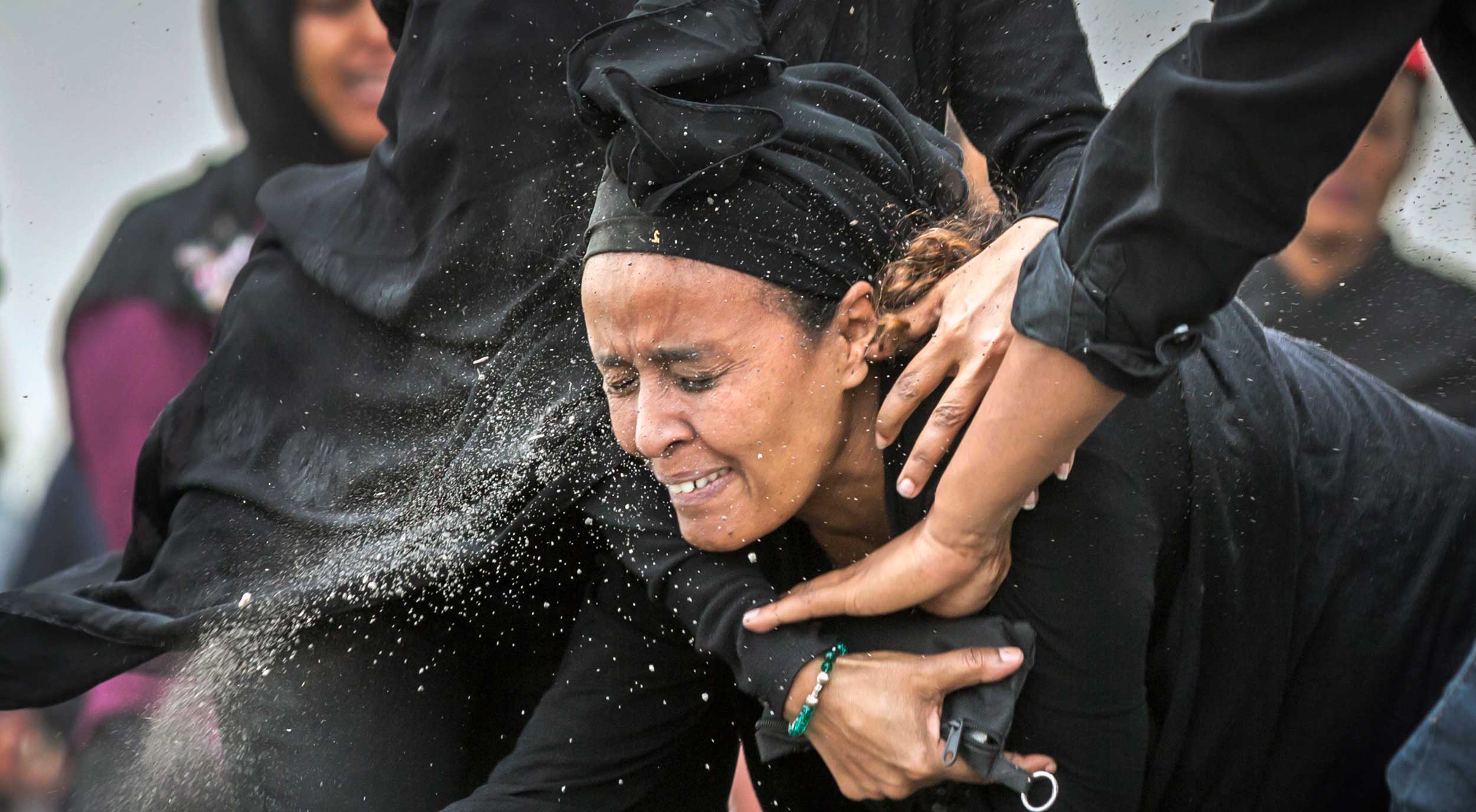 An Ethiopian relative of a victim throws dirt on her face after realising that there is nothing physical left of her loved one at the Ethiopian Airlines crash site southeast of Addis Ababa on Thursday.
(AP)
Reuters   |   Addis Ababa, Ethiopia   |   Published 14.03.19, 08:07 PM

Families of some of the 157 victims of Ethiopian Airlines Flight 302 stormed out of a meeting with the airline on Thursday, complaining they were not being given timely information, as others paid their respects at the burnt crash site.

The airline had called a meeting with families in a hotel in Addis Ababa but around 100 relatives walked out. “I’m so angry,” said Yemeni citizen Abdulmajid Shariff, 38, who lost his brother-in-law in Sunday’s disaster.

“They called us to give us a report on bodies and the reasons for the crash but there was no information.”

Investigators have found only charred remains of passengers, and no cause has yet been found for the second fatal crash of a Boeing 737 MAX in less than six months.

“We wanted to be told about DNA identification but they told us nothing. They were just offering condolences,” said a Kenyan who lost her sister and did not want to give her name. “I’m actually going home today because there is nothing here.”

All 149 passengers and eight crew died when the jet crashed six minutes after taking off from the high-altitude capital of Ethiopia.

The nation of 105 million people has long been proud of the state-owned airline that is its most successful company.

Nine Ethiopians were killed in the crash, along with 32 Kenyans, 18 Canadians, and eight people each from China and Italy. A total of 35 nationalities were on board.

On Thursday morning, some relatives travelled over bumpy roads to the crash site in a sombre convoy. Yellow tape demarcated the lines of grief: families stepped onto the churned earth as diplomats and airline staff watched respectfully.

“My son! Stiph, you’ve been scattered on the ground,” wailed one elderly black-clad woman as relatives tried to hold her.

Another woman, draped in a traditional white Ethiopian mourning shawl, held aloft a framed portrait of her brother.

“I can’t find you! Where are you?” she said. Another family member dropped to the ground, and a woman thumped her chest.

Inside a plastic tent, families sat in front of about half a dozen framed pictures of victims, some posing in graduation uniforms, others displaying broad smiles.

A twisted heap of metal scraps — all that remained of the plane — lay nearby.

The jet plunged into a field 60km outside Addis Ababa, and the impact of the crash and fire left the victims' remains in fragments that could take weeks or months to identify.

In the Ethiopian Orthodox and Muslim faiths, both widely practised in Ethiopia, religious rules call for the burial of the dead as soon as possible.

Hamze Abdi Hussein came from the eastern Ethiopian town of Jijiga with five other family members after receiving confirmation of the crash that killed his uncle, Mucaad Hussein Abdela, a truck driver from Minnesota who was on his way to Kenya to visit relatives.

“We visited the crash site yesterday and we are heading there today. It is a huge loss for us,” he told Reuters.

“The fact that there is no information about whether we will receive the body or not is frustrating and painful.”