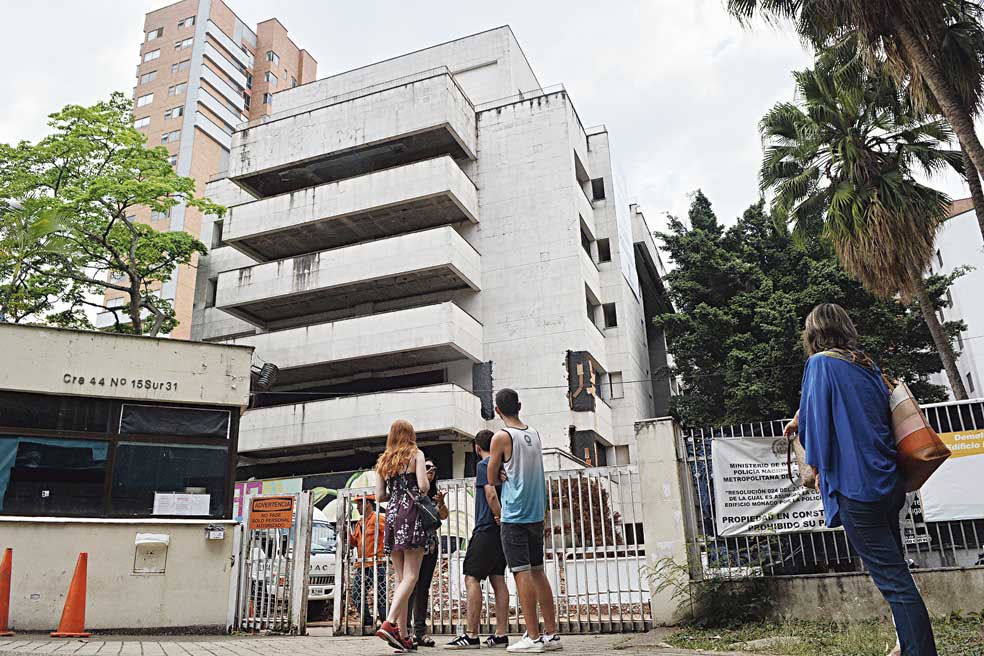 A six-floor apartment building in Medellin that Pablo Escobar once called home was demolished Friday in an emotional ceremony that officials hope will dampen some of the fervour for the notorious drug lord’s criminal life and instead showcase the city’s rebirth.

Rogelio Gomez, the engineer in charge of the demolition, said that 180 detonators were used to topple the Monaco building and a 100 metre security zone was designated around the area.

“1,500 people who live nearby were evacuated for security,” he also said. The explosion took place at 11:53 local time and sent a cloud of dust 10 metres into the air.

Colombian President Ivan Duque, who was still a teenager when Escobar was killed in 1993 in a rooftop shootout with police, said the explosion “means that history is not going to be written in terms of the perpetrators but by recognising the victims”.

The white concrete building in Medellin’s leafy Poblado neighbourhood was gutted by a car bomb in 1988 and has remained an unoccupied eyesore ever since, drawing mostly foreign tourists who sign up every day for tours of Escobar’s former hometown haunts.

The Netflix Narcos series has also popularised such attractions.

But Mayor Federico Gutierrez had been pushing to raze the building and erect in its place a park honouring the thousands of victims, including four presidential candidates and some 500 police officers, killed by Escobar’s army of assassins during the Medellin cartel’s heyday in the 1980s and 1990s.

“We are paying back a historical debt with our victims,” Gutierrez said prior to the demolition.

Retired Gen. Rosse Jose Serrano, who for many years led the elite police squad that pursued Escobar, said the Monaco building was where the famous capo planned some of his most brazen attacks.

“It was his criminal fortress,” Serrano said.

Still, some in Colombia remember him fondly as a Robin Hood-like father figure who gave away homes to the poor and railed against the nation's political elites.