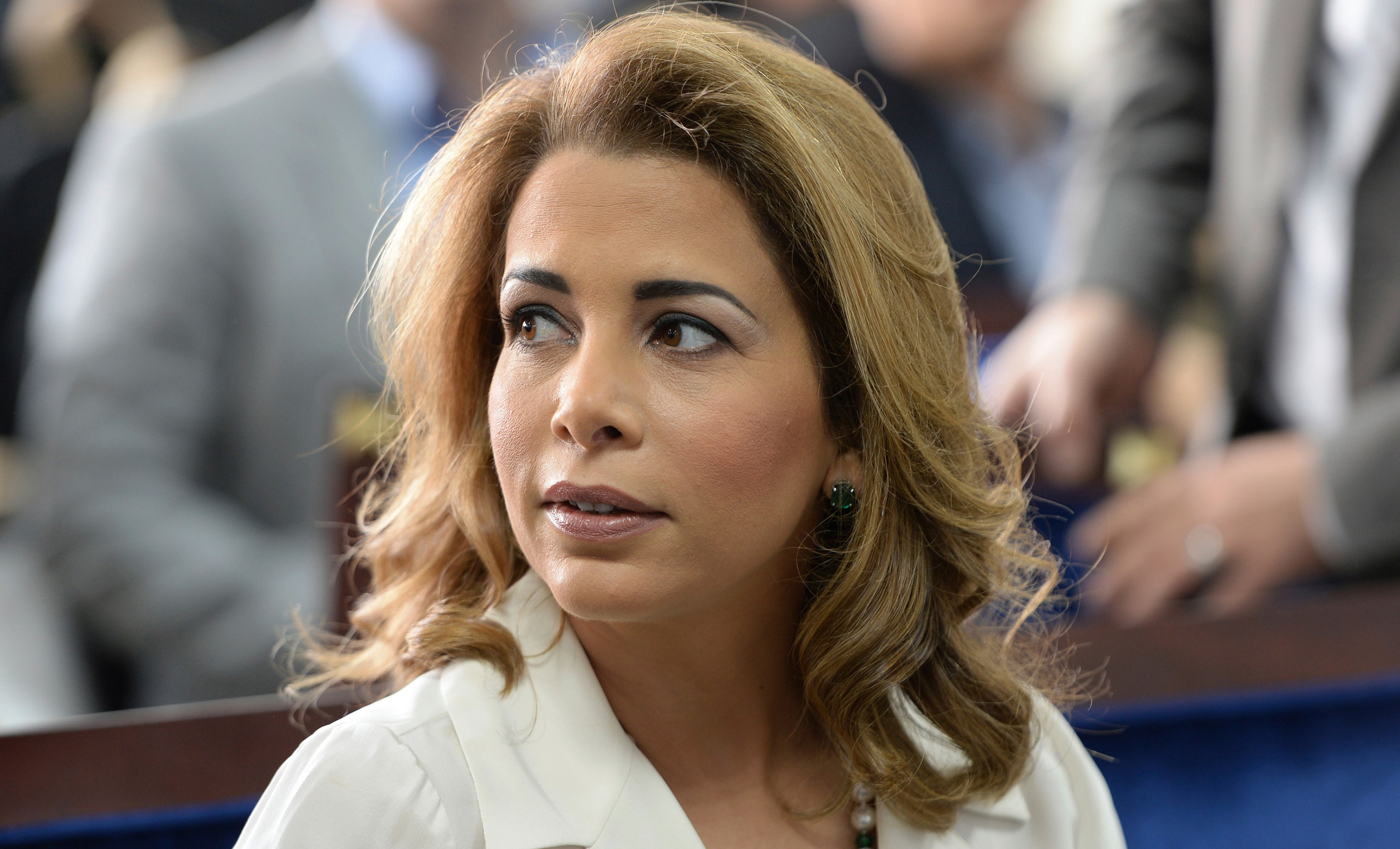 Two of Britain’s most high profile divorce lawyers are battling it out in the High Court in London on behalf of their clients, the ruler of Dubai, Sheikh Mohammed bin Rashid al-Maktoum, 70, who is said to have between 23 and 30 children, and his sixth and youngest wife, Princess Haya, 45, daughter of the late King Hussein of Jordan.

Princess Haya, who arrived at the Royal Courts of Justice on Tuesday ahead of the latest hearing, is applying for a forced marriage protection order, the High Court has heard.

During a preliminary hearing on Tuesday, the judge allowed the media to report that Princess Haya has applied for wardship of their children, as well as for a forced marriage protection order and a non-molestation order in relation to herself.

Rejecting an application by Sheikh Mohammed’s lawyers for those details to be subject to reporting restrictions, Sir Andrew McFarlane, the president of the family division, ruled that “there is a public interest in the public understanding, in very broad terms, proceedings that are before the court”.

The court also heard that Sheikh Mohammed has applied to the High Court for the summary return of the children to Dubai.

Earlier, reporters who were not accredited in the UK or whose publications were based outside England and Wales were prevented from attending the hearing. Sheikh Mohammed was not present at the hearing on Tuesday.

Princess Haya, who is a half-sister of King Abdullah of Jordan, is represented by Fiona Shackleton, who has been dubbed the “Steel Magnolia” for her charm and tough negotiating skills and is no stranger to handling royal disputes.

Baroness Shackleton rose to prominence when she handled Prince Andrew’s split from Sarah Ferguson in 1992. Now at Payne Hicks Beach law firm, Shackleton went on to become solicitor to Prince Charles during his 1996 divorce from Diana, Princess of Wales. She is said to be good friends with Charles and his wife, Camilla, Duchess of Cornwall.

Princess Haya is also on friendly terms with the Queen, but the monarch has been spotted conversing amicably with Sheikh Mohammed at Royal Ascot and similar racing events.

The sheikh, who is also the vice-president and Prime Minister of the UAE, will be represented by the equally well-connected Lady Helen Ward, a partner at Stewarts Law.

Lady Helen represented Guy Ritchie, the British film director, in his divorce from Madonna. Other former clients include Andrew Lloyd Webber, the composer, and Bernie Ecclestone, the Formula One tycoon whom she represented in the battle over his £2 billion fortune with his former wife — it was Ecclestone who sold his magnificent Kensington Palace home to Lakshmi Mittal.

India is involved tangentially because of the mystery surrounding Sheikha Latifa, 33, one of the sheikh’s daughters, who tried to flee her father after expressing concerns about her safety but was allegedly apprehended by Indian commandos and handed back to an uncertain future in Dubai.

There has been one report in The Sunday Telegraph that Christian Michel, 57, a British arms consultant “was handed over to India in an exchange for Princess Sheikha Latifa”, who was “intercepted by the India Navy during her attempt to flee the UAE last year”.

Radha Stirling, chief executive of the campaign group Detained in Dubai, which follows events in the Gulf state closely, said: “We already know that Princess Latifa, Sheikh Mohammed’s daughter, fled the UAE seeking asylum and alleging unspeakable abuse at the hands of her father.

“Obviously, this raises serious questions as to what prompted her to flee … She is, after all, a free adult woman, and the sister of the King of Jordan; yet apparently, she feels unsafe.”

The current status of Princess Latifa is unclear.

In London, ahead of the start of proceedings in the family division of the High Court, the two parties issued a highly unusual joint statement.

Issued after a private hearing before Sir Andrew, it said: “These proceedings are concerned with the welfare of the two children of their marriage and do not concern divorce or finances.”

It said the case management hearing would “deal with issues relating to how to proceed to a final hearing to determine the welfare issues”.

In the #MeToo age, public sympathy is likely to be with Princess Haya. Commentator Richard Fitzwilliams, the former editor of International Who’s Who, said that the divorce case will be “sensational”.

According to the Financial Times, “the case is highly sensitive for the United Arab Emirates as it has thrust the personal life of Sheikh Mohammed back into the headlines”.

The Indian government’s role in the affair seems unclear for the FT recalled: “In March last year, a 40-minute video was posted online in which Sheikha Latifa talked about the restrictions on her life, her desire to leave Dubai and how one of her sisters, Shamsa, ‘ran away’ for two months while on holiday in the UK in 2000. ‘If you are watching this video it’s not such good thing, either I’m dead or I’m in a very, very bad situation,’ said Sheikha Latifa. ‘Soon I’m going to be leaving somehow.’ ”

The paper pointed out: “Sheikh Mohammed has deep ties to the UK. He graduated from Sandhurst, Britain’s leading academy for army officers, half a century ago. He shares a love of horses with Queen Elizabeth and is one of the most powerful figures in the British horseracing industry. He and his wider family own numerous UK properties, including a mansion in Surrey, a Newmarket stud and an estate in the Scottish Highlands.

“But the scrutiny of his private life in London comes amid renewed political and economic challenges at home, where a four-year economic slowdown triggered by lower oil prices has been exacerbated by regional geopolitical tensions.

“The legal dispute could also be awkward for Jordan’s King Abdullah, whose government relies on financial support from the UAE and its ally, Saudi Arabia, as it grapples with a lacklustre economy and rising social pressures.”

Princess Haya, who also has close connections with Britain, was educated at Bryanston, a public school in Dorset, read PPE (philosophy, politics and economics) at Oxford and became Sheikh Mohammed’s sixth wife in 2004. The princess, who bought her 19-bedroom mansion in Kensington Palace Gardens from Lakshmi Mittal — not the residence in which the steel tycoon lives — is said to be seeking political asylum in Britain.

He emphasised: “It will also cast light on the institutionalised sexism of so many Middle Eastern countries.

““The fact that it involves the ruler of Dubai and his wife will make it global news, as will the abominable way two daughters of the sheikh, Latifa and Shamsa, who both made attempts to flee Dubai, have reportedly been treated.”

He, too, hinted indirectly at the Indian connection: “Princess Haya is reportedly in the Dubai royal family’s London home and it is assumed that she acted as she did after learning the truth about Princess Latifa.”