US President tests positive, question mark over his campaign

Even if Trump is asymptomatic, he will have to stay isolated in the White House. Also, can he remain a presidential candidate if he gets sick? 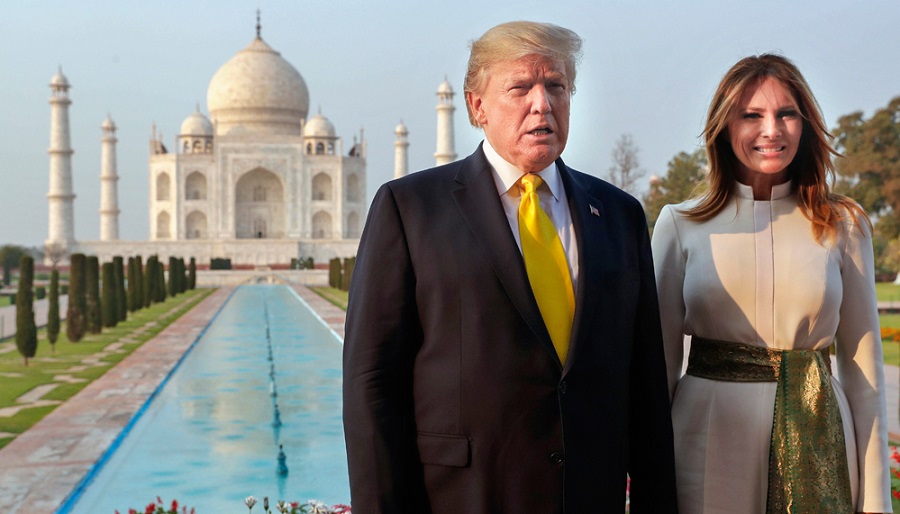 President Donald Trump said early Friday that he and the first lady have tested positive for the coronavirus, throwing the nation’s leadership into uncertainty and escalating the crisis posed by a pandemic that has already killed more than 207,000 Americans and devastated the economy.

“Tonight, @FLOTUS and I tested positive for COVID-19,” Trump wrote on Twitter shortly before 1 a.m. ET. “We will begin our quarantine and recovery process immediately. We will get through this TOGETHER!”

The president’s physician said that Trump was “well” without saying whether he was experiencing symptoms and added that the president would stay isolated in the White House for now.

“The president and first lady are both well at this time, and they plan to remain at home within the White House during their convalescence,” the physician, Sean P. Conley, said in a statement without saying how long that would be. “Rest assured I expect the president to continue carrying out his duties without disruption while recovering, and I will keep you updated on any future developments.”

Other aides to the president would not say whether he was experiencing symptoms, but people at the White House noticed that his voice sounded raspy Thursday, although it was not clear that it was abnormal for him, especially given the number of campaign rallies he has been holding lately.

Trump received the test result after one of his closest advisers, Hope Hicks, became infected, bringing the virus into his inner circle and underscoring the difficulty of containing it even with the resources of a president. Trump has for months played down the severity of the virus and told a political dinner just Thursday night that “the end of the pandemic is in sight.”

Trump’s positive test result could pose immediate difficulties for the future of his campaign against former Vice President Joe Biden, his Democratic challenger, with just 32 days before the election on November 3. Even if Trump, 74, remains asymptomatic, he will have to withdraw from the campaign trail and stay isolated in the White House for an unknown period of time. If he becomes sick, it could raise questions about whether he should remain on the ballot at all.

Even if he does not become seriously ill, the positive test could prove devastating to his political fortunes given his months of diminishing the seriousness of the pandemic even as the virus was still ravaging the country and killing about 1,000 Americans every day. He has repeatedly predicted the virus “is going to disappear,” asserted that it was under control and insisted that the country was “rounding the corner” to the end of the crisis. He has scorned scientists, saying they were mistaken on the severity of the situation.

Tonight, @FLOTUS and I tested positive for COVID-19. We will begin our quarantine and recovery process immediately. We will get through this TOGETHER!

Trump has refused to wear masks

Trump has refused for months to wear a mask in public on all but a few occasions and repeatedly questioned their effectiveness while mocking Biden for wearing one. Trailing in the polls, the president in recent weeks increasingly held crowded campaign events in defiance of public health guidelines and sometimes state and local governments.

When he accepted the nomination on the final day of the Republican National Convention, he invited more than 1,000 supporters to the South Lawn of the White House and has held multiple rallies around the country since, often with hundreds and even thousands of people jammed into tight spaces, many if not most without masks.

A positive test will undercut his effort to change the subject away from a pandemic that polls show most Americans believe he has mishandled and onto political terrain he considers more favourable. Trump has sought to focus voter attention instead on violence in cities, his Supreme Court nomination, mail-in ballots and Biden’s relationship with liberals.

Aside from the campaign, the symbolism of an infected president could rattle governors and business owners trying to assess when and how to reopen or keep open shops, schools, parks, beaches, restaurants, factories and other workplaces. Eager to restore a semblance of normal life before the election, Trump has dismissed health concerns to demand that schools reopen, college football resume play and businesses resume full operation.

In his eighth decade of life, Trump belongs to the age category deemed most vulnerable to the virus. Eight out of every 10 deaths attributed to it in the United States have been among those 65 and older.

Many in close circle have tested positive

A variety of people around Trump were previously infected by the virus, including most recently Robert C. O’Brien, his national security adviser who had a mild case before returning to work in August. Others infected include Kimberly Guilfoyle, his son’s girlfriend; a White House valet; Katie Miller, Vice President Mike Pence’s press secretary; as well as some Secret Service agents, campaign advance workers and a Marine in the president’s helicopter unit. Herman Cain, a former Republican presidential candidate and political ally of Trump’s, died of the coronavirus in July after attending the president’s campaign rally in Tulsa, Oklahoma, where Cain, like many in the arena, was seen not wearing a mask at least part of the time.

Trump has repeatedly expressed confidence in public about his own health, saying he was not concerned about being exposed despite his various close calls.

“I’m on a stage that’s very far away, and so, I’m not at all concerned,” he said last month, brushing off worries about crowded rallies.

Behind the scenes, though, the self-described germophobe was angry in the spring that his valet, who is among those who serve him food, had not been wearing a mask before testing positive, according to people in touch with him. Trump privately expressed irritation with people who got too close to him.

According to the president, he began taking the hydroxychloroquine anti-malaria drug proactively around this time and later said it caused no adverse effects. In the days after Miller’s positive test, Pence opted to stay physically away from Trump to avoid a possible exposure, while three top public health officials, including Dr. Anthony S. Fauci, who is on the White House’s coronavirus task force, went into some form of self-quarantine.

The White House ordered some employees to work from home and those who came to work to wear masks except when sitting at their desks an appropriate distance from their colleagues. Just as Trump and Pence were being tested every day, those coming into proximity to them were subject to daily tests as well, while other White House employees had tests every several days. But those protocols were soon relaxed and most White House officials were rarely seen wearing masks, at least when the president was present.

While the coronavirus is much deadlier than the flu, the vast majority of people infected by it recover, especially if there is no underlying condition, but the threat climbs with age. If Trump becomes symptomatic, it could take him weeks to recover.

Under the 25th Amendment, a medically incapacitated president has the option of temporarily transferring power to the vice president and can reclaim his authority whenever he deems himself fit for duty.

Under the Presidential Succession Act, if both Trump and Pence were unable to serve, Speaker Nancy Pelosi of California would step in. In the spring, the White House said that it had no plan for such an eventuality.