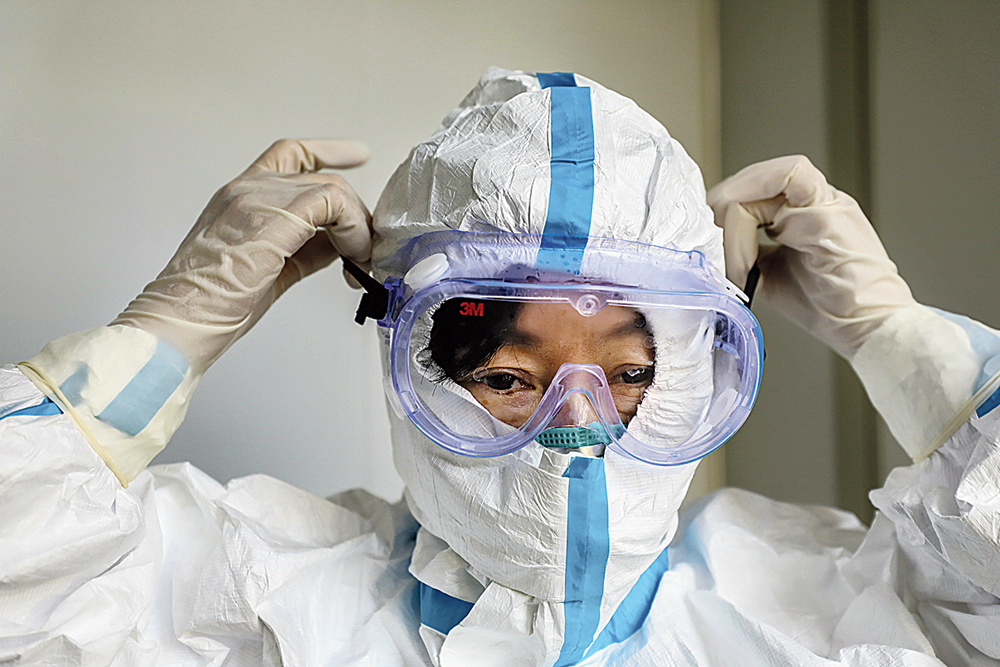 Infection from China’s coronavirus spread to more than 8,100 people globally on Thursday, surpassing the total from the 2002-2003 SARS epidemic in a fast-spreading health crisis forecast to deal a heavy blow to the world’s second-largest economy.

The vast majority of infections are in China where the virus originated in an illegal wildlife market in the city of Wuhan and has also claimed 170 lives, latest official data showed.

More than 100 cases have emerged in other countries, from Japan to the United States.

The World Health Organisation (WHO), which has so far held off declaring the flu-like coronavirus a global emergency, began another meeting in Geneva to reconsider.

Such a declaration would trigger tighter containment and information-sharing guidelines, but may disappoint Beijing, which had expressed confidence in defeating the “devil” virus.

It could also further spook markets, already shuddering at the ripple effects of damage to China’s economy. “The fear is that they (the WHO) might raise the alarm bells ... so people are taking money off the table,” said Chris Weston, head of research at Melbourne brokerage Pepperstone.

The Severe Acute Respiratory Syndrome also came from China, killing about 800 people and costing the global economy an estimated $33 billion, or 0.1 per cent of world GDP, in 2003.

Economists fear the impact on global growth could be bigger this time as China now accounts for a larger share of the world economy. One Chinese economist has forecast the crisis would lop a percentage point off China’s first-quarter growth.

The main stock index in Taiwan, 40 per cent of whose exports go to neighbouring China, closed down 5.75 per cent on the first day of trade after the Lunar New Year holiday.

Air France cabin crew unions were demanding the same, sources said, though the company has already allowed pilots and crew to opt out of China flights.

Fuelling concern over damage to productivity, thousands of Chinese factory workers on Lunar New Year holidays may struggle to get back to work next week, because of travel restrictions.

Policymakers are anxious, with China dominating US federal reserve chair Jerome Powell’s news conference on Wednesday. “China’s economy is very important in the global economy now, and when China’s economy slows down we do feel that,” he said.

Cases of human-to-human transmission outside China are of particular concern to medics, but it is too early to determine how lethal the coronavirus is, as there are likely to be many cases of milder infections going undetected.

It has an incubation time of between one and 14 days.

With local officials facing a backlash from China’s public, especially over their early response, the health chief of Huanggang city — also in Hubei province, with a population of 7.5 million — was dismissed, authorities said. No explanation was given.