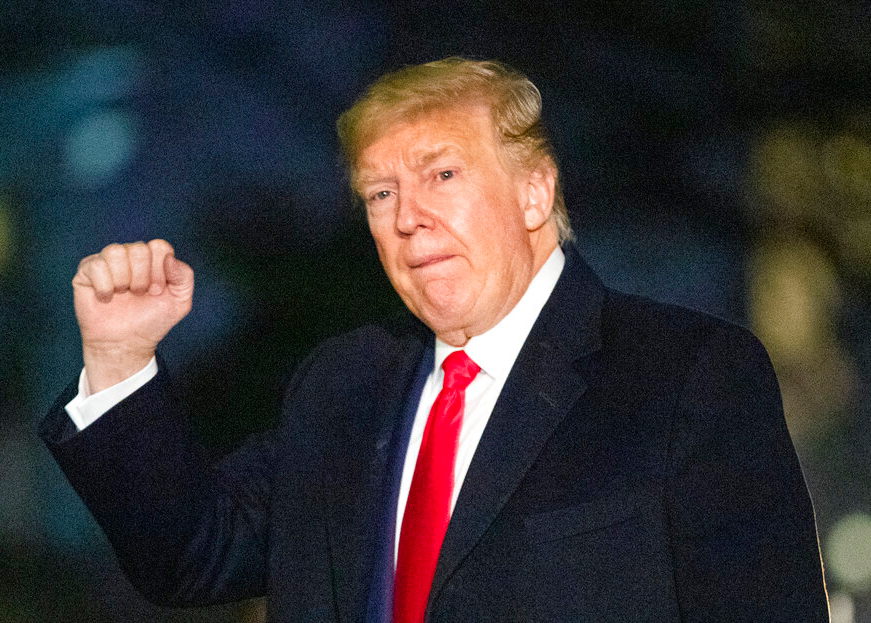 The House Democratic impeachment managers began formal arguments in the Senate trial on Wednesday, presenting a meticulous and scathing case for convicting President Trump and removing him from office on charges of abuse of power and obstruction of Congress.

Representative Adam B. Schiff of California, the lead House prosecutor, took the lectern in the chamber as senators sat silently preparing to weigh Trump’s fate. Speaking in an even, measured manner, he accused the President of a corrupt scheme to pressure Ukraine for help “to cheat” in the 2020 presidential election.

Invoking the nation’s founders and their fears that a self-interested leader might subvert democracy for his own personal gain, Schiff argued that the President’s conduct was precisely what the framers of the Constitution had in mind when they devised the remedy of impeachment, one he said was “as powerful as the evil it was meant to combat”.

“If not remedied by his conviction in the Senate, and removal from office, President Trump’s abuse of his office and obstruction of Congress will permanently alter the balance of power among the branches of government,” Schiff said in his opening remarks. “The President has shown that he believes that he’s above the law and scornful of constraint.”

The Senate proceeding, the third impeachment trial of a President in the nation’s history, was fraught with partisan rancour and political consequence both for Trump and for the two parties grappling over his future.

In a series of speeches, Schiff and the six other impeachment managers asserted that the President pressured Ukraine to announce an investigation of former Vice-President Joseph R. Biden Jr. and his son, Hunter Biden, while withholding as leverage nearly $400 million in security aid for Kyiv and a White House meeting for its President.

When he was caught, they said, Trump ordered a cover-up, blocking witnesses and denying Congress the evidence that could corroborate his scheme.

“President Trump withheld hundreds of millions of dollars in military aid to a strategic partner at war with Russia to secure foreign help with his re-election,” Schiff declared. “In other words, to cheat.”

The Democrats will continue to lay out their now-familiar case, although there is little doubt about the outcome of the trial. It is all but certain to end in Trump’s acquittal in the Senate, where it would take 67 votes to convict and remove him.

But the contours of the trial remained up in the air, as Republicans and Democrats continued to feud over whether to consider additional evidence, including witnesses the President has forbade from cooperating with the inquiry.

Trump — impatient for his legal team to have a chance to mount a vigorous defence of his behaviour — was on the other side of the Atlantic Ocean, hurling insults at the impeachment managers and telling reporters he would like to personally attend the Senate trial in order to “sit right in the front row and stare into their corrupt faces”.

At a news conference in Davos, Switzerland, where he was attending the World Economic Forum, Trump said that John R. Bolton, the former White House national security adviser, could not be allowed to testify because he “knows my thoughts on certain people and other governments”.