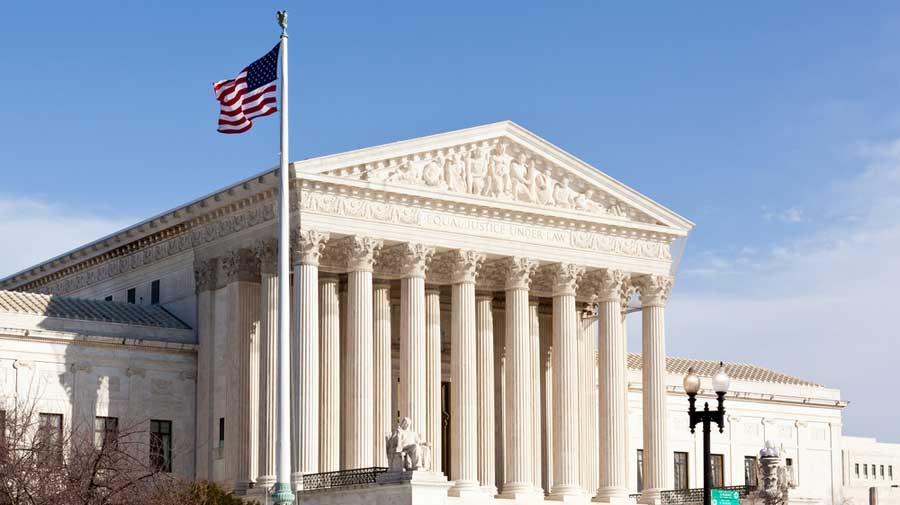 In the Pennsylvania case, the court refused a plea from Republicans in the state that it decide before Election Day whether election officials can continue receiving absentee ballots for three days after November 3.

In the North Carolina case, the court let stand lower court rulings that allowed the state’s board of elections to extend the deadline to nine days after Election Day, up from the three days called for by the state legislature.

The court’s brief orders in the two cases were unsigned. The Pennsylvania order appeared to be unanimous, while the North Carolina one was issued over three noted dissents.

Justice Amy Coney Barrett, who joined the court on Tuesday, did not take part in either case. A court spokeswoman said Justice Barrett had not participated “because of the need for a prompt resolution” and “because she has not had time to fully review the parties’ filings”.

The Pennsylvania and North Carolina cases were the latest examples of the complications that Covid-19 has presented to officials preparing for next week’s election and facing a record-setting number of absentee and mail-in ballots cast by voters eager to avoid voting in person during a pandemic.

Democrats have consistently pushed for more lenient rules when it comes to mail-in ballots and how and when they are counted.

Republicans have resisted such changes, with many of them arguing that the relaxed rules could open the process to abuse and fraud.

There were no noted dissents in the Pennsylvania case, though three justices said the court might return to it after Election Day.

In the North Carolina case, the same three members of the court — Justices Clarence Thomas, Samuel A. Alito Jr. and Neil M. Gorsuch — said they would have granted requests from Republican lawmakers and the Trump campaign to block lower court rulings allowing the longer deadline.

The Pennsylvania case left open the possibility of later action by the court.

“I reluctantly conclude that there is simply not enough time at this late date to decide the question before the election,” Justice Alito wrote.

“Although the court denies the motion to expedite” the petition seeking review, he wrote, the petition “remains before us, and if it is granted, the case can then be decided under a shortened schedule”.

The court’s refusal to move more quickly came a little more than a week after it deadlocked, 4 to 4, on an emergency application in the case. The Pennsylvania Republican Party had asked the justices to temporarily block a ruling from the Pennsylvania Supreme Court that allowed election officials to count some mailed ballots received up to three days after Election Day.

The state court said the extra time was needed because of the coronavirus pandemic and delays in mail service.

State Republicans, apparently hoping that the arrival of Justice Barrett would alter the judicial calculus, returned to the Supreme Court on Friday asking it to hear an ordinary appeal from the state court’s ruling, which is not unusual.

In his statement, Justice Alito criticised his court’s treatment of the case, which he said had “needlessly created conditions that could lead to serious post-election problems.”