Day of hope as Covid-19 vaccine rolls out in US

Americans across the country roll up their sleeves to get vaccinated 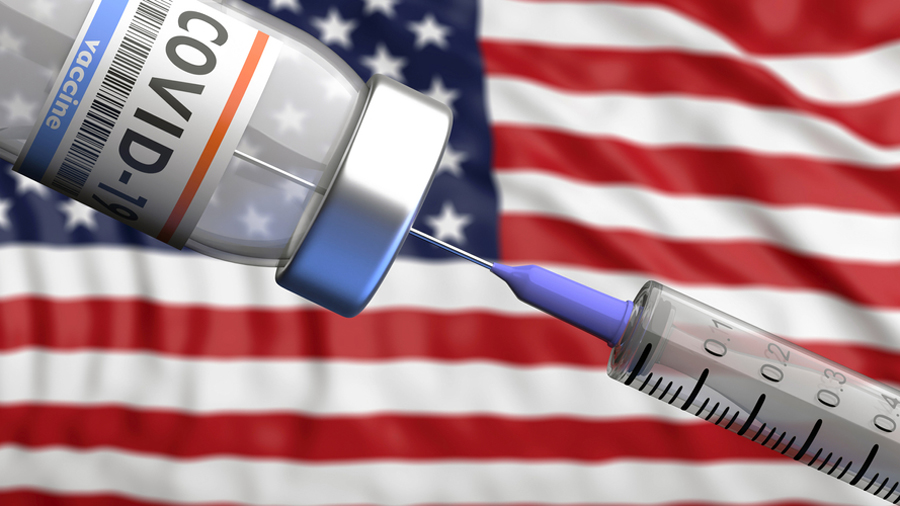 Word that the vaccine supply may be somewhat less scarce than thought came hours before the latest pandemic figures made one thing abundantly clear: Americans will need every drop.
Shutterstock
New York Times News Service , Reuters   |   New York   |   Published 18.12.20, 12:21 AM

Pharmacists across the US got a happy surprise when they opened up newly delivered coronavirus vaccine vials and discovered that some held more than their labels indicated.

Word that the vaccine supply may be somewhat less scarce than thought came hours before the latest pandemic figures made one thing abundantly clear: Americans will need every drop.

By the end of the day on Wednesday, 3,607 new deaths from the virus has been reported in places as disparate as Los Angeles county, California, and Lee county, Virginia.

That was nearly 500 more than the record set one week earlier. And new infections were put at more than 244,365, also a record.

It was, nevertheless, a day of hope as people across the country rolled up their sleeves and got shots.

In Seattle, one doctor who earlier this year was left near helpless as the virus marched unchecked through nursing homes was overcome with emotion as he got his vaccination. In New York, mayor Bill de Blasio went to Elmhurst Hospital in Queens, an epicentre of death in March, to watch hospital workers getting shots.

“It doesn’t get better than this,” the mayor declared.

The discovery that there might be a little more vaccine than thought did not hurt.

As boxes of the newly authorised Pfizer-BioNTech vaccine began arriving around the country, hospital pharmacists discovered that the glass vials that were supposed to hold five doses contained enough for a sixth, or even a seventh.

A little bit of “over fill” in vials that contain multiple doses of a drug is normal, they said, but this was different.

Nevertheless, it will be months before a meaningful number of people in the country can be vaccinated, and on Wednesday, warnings, not declarations of victory, were the order of the day.

“We are still at a dangerous and critical part of this pandemic, and tens of thousands of American lives are at stake, really, every week,” Admiral  Brett P. Giroir, assistant secretary of health and human services, said on CNN.

Admiral Giroir urged people to wear masks and avoid travel and crowds over the holidays.

“Until we get a few more months down the road, do your best,” he said. “Save lives, save American lives, save global lives, just by doing these simple measures. If you do that, we’re going to be in really good shape. But if you don’t, we’re going to have thousands of more casualties in this country that we can avoid.”

Dr Anthony S. Fauci, the country’s top infection disease experts, was among those telling the country that even with a vaccine, this is not the moment for people to drop their guard.

“As wonderful as this is, because it’s been an extraordinary manifestation of the fruits of science done in a very rapid way, it’s also bittersweet,” he said.

Pence to get jab

Vice-President Mike Pence will publicly receive the vaccine on Friday.

Pence will be the most high-profile recipient to date.  President-elect Joe Biden will also publicly get the vaccine next week, according to officials. At 78, he is in the high-risk group for the disease.