Data show Iran to blame for oil attacks: US 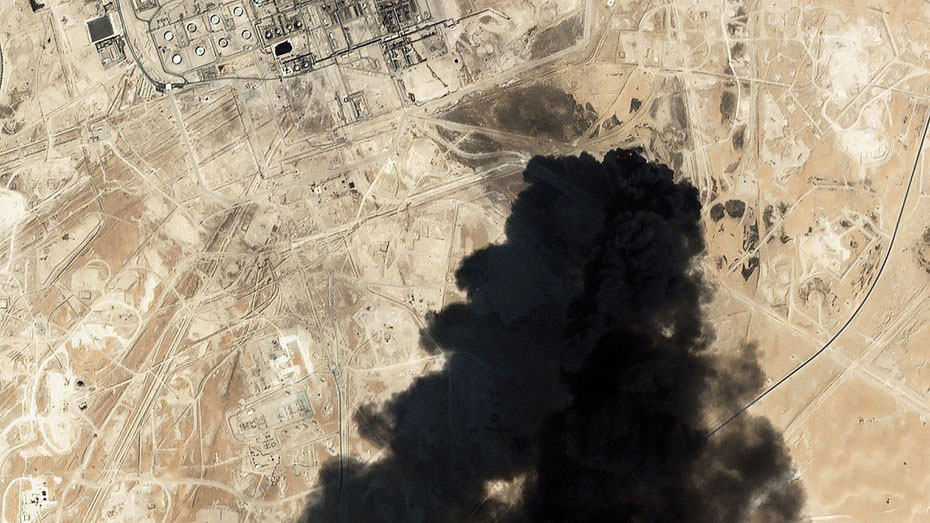 The Trump administration intensified its focus on Iran on Sunday as the likely culprit behind attacks on important Saudi Arabian oil facilities over the weekend, with officials citing intelligence assessments to support the accusation and President Trump warning that he was prepared to take military action.

The government released satellite photographs showing what officials said were at least 17 points of impact at several Saudi energy facilities from strikes they said came from the north or northwest.

That would be consistent with an attack coming from the direction of the northern Persian Gulf, Iran or Iraq, rather than from Yemen, where the Iranian-backed Houthi militia that claimed responsibility for the strikes operates.

Administration officials, in a background briefing for reporters as well as in separate interviews on Sunday, also said a combination of drones and cruise missiles — “both and a lot of them,” as one senior US official put it — might have been used. That would indicate a degree of scope, precision and sophistication beyond the ability of the Houthi rebels alone.

Trump, however, did not name Iran, saying he needed to consult with Saudi Arabia first.

“Saudi Arabia oil supply was attacked,” he said in a tweet on Sunday evening. “There is reason to believe that we know the culprit, are locked and loaded depending on verification, but are waiting to hear from the Kingdom as to who they believe was the cause of this attack, and under what terms we would proceed!”

Secretary of state Mike Pompeo said on Saturday that Iran was behind what he called “an unprecedented attack on the world’s energy supply” and asserted that there was “no evidence the attacks came from Yemen”. He did not, however, say where they came from, and the Saudis refrained from directly blaming Iran.

The administration’s determination that Iran played a direct role in the attack marked a significant escalation in months of back-and-forth tensions between the US and Iran. It raised questions about how Washington might retaliate — and why Iran would have risked such a confrontation.

Trump’s warning echoed one he made in June after Iran shot down an American surveillance drone. He said then that the military had been “cocked and loaded” for a strike against Iran.

He said he called off the strike with 10 minutes to spare when a general told him that 150 people would probably die in the attack, which he said would be disproportionate.

Administration officials said on Sunday they would seek to declassify more intelligence to buttress their case against Iran in the coming days. The satellite photographs released on Sunday did not appear as clear cut as officials suggested, with some appearing to show damage on the western side of the facilities, not from the direction of Iran or Iraq.

American officials said that more than 17 weapons were directed at the Saudi facilities, but not all reached their targets. Analyses of the recovered weapons could answer questions about what they were, who manufactured them and who launched them.

Iran forcefully rejected Pompeo’s accusation on Sunday, with the foreign minister dismissing it as “max deceit”. The office of the Iraqi Prime Minister, Adel Abdul-Mahdi, also rejected any suggestion that Iranian operatives carried out the attack from Iraqi territory.