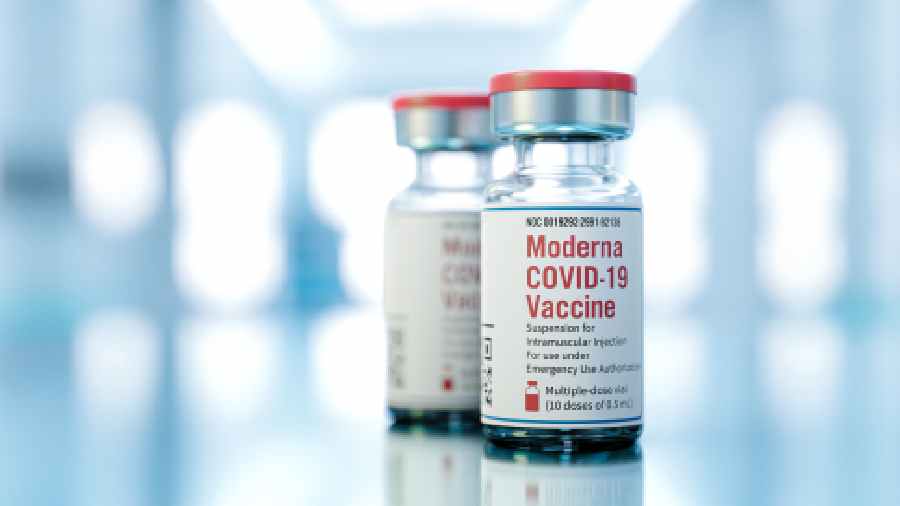 In the middle of last year, the World Health Organisation began promoting an ambitious goal, one it said was essential for ending the pandemic: fully vaccinate 70 per cent of the population in every country against Covid-19 by June 2022.

Now, it is clear that the world will fall far short of that target by the deadline. And there is a growing sense of resignation among public health experts that high Covid vaccination coverage may never be achieved in most lower-income countries, as badly needed funding from the US dries up and both governments and donors turn to other priorities.

“The reality is that there is a loss of momentum,” said Dr Isaac Adewole, a former health minister of Nigeria who now serves as a consultant for the Africa Centers for Disease Control and Prevention.

Only a few of the world’s 82 poorest countries — including Bangladesh, Bhutan, Cambodia and Nepal — have reached the 70 per cent vaccination threshold. Many are under 20 per cent, according to data compiled from government sources by the Our World in Data project at the University of Oxford.

By comparison, about two-thirds of the world’s richest countries have reached 70 per cent. (The US is at 66 per cent.)

The consequences of giving up on achieving high vaccination coverage worldwide could prove severe. Public health experts say that abandoning the global effort could lead to the emergence of dangerous new variants that would threaten the world’s precarious efforts to live with the virus.

“This pandemic is not over yet — far from it — and it’s imperative that countries use the doses available to them to protect as much of their population as possible,” said Dr Seth Berkeley, chief executive of Gavi, the nonprofit that runs the global vaccine clearinghouse Covax.

Countries in different parts of the world, including some in Eastern Europe and West Asia, have seen their vaccination rates stagnate in recent months at a third or less of their populations. But Africa’s vaccination rate remains the most dismal.

Fewer than 17 per cent of Africans have received a primary Covid immunisation. Nearly half of the vaccine doses delivered to the continent thus far have gone unused. Last month, the number of doses injected on the continent fell by 35 per cent compared to February. WHO officials attributed the drop to mass vaccination pushes being replaced by smaller-scale campaigns in several countries.

Some global health experts say the world missed a prime opportunity last year to provide vaccines to lower-income countries, when the public was more fearful of Covid and motivated to get vaccinated.

“There was a time people were very desperate to get vaccinated, but the vaccines were not there. And then they realised that without the vaccination, they didn’t die,” said Dr Adewole, who wants to see countries continue to pursue the 70 per cent target.

What momentum remains in the global vaccination campaign has been hindered by a shortfall in funding for the equipment, transportation and personnel needed to get shots into arms.

In the US, a key funder of the vaccination effort, lawmakers stripped $5 billion meant for global pandemic aid from the coronavirus response package that is expected to come up for a vote in the next few weeks. Biden administration officials have said that without the funds, they will be unable to provide support for vaccine delivery to more than 20 under-vaccinated countries.

Some public health experts point to reasons for optimism that the global vaccination campaign still has steam. Despite the drop off from the February peak, the number of Covid vaccinations being administered each day in Africa is still near a pandemic high. And Gavi earlier this month drew a significant new round of funding pledges, securing $4.8 billion in commitments, although it fell short of its $5.2 billion goal.

There is also hope that a global Covid summit the White House plans to co-host next month could be an opportunity to generate momentum and funding.

But the drop in public demand has led some health officials and experts to quietly, and in some cases outright, question whether the 70 per cent vaccination target is feasible or even sensible.

Many lower-income governments are turning their focus to their economies and other health issues like HIV, said Fifa Rahman, a civil society representative to a WHO-launched group coordinating the global Covid response. “There’s a sense of a lot of competing priorities, but that’s a symptom of the momentum being gone. Because when the momentum was there, everyone was like, ‘Where are our vaccines?’”

After the WHO began promoting the 70 per cent vaccination goal, many lower-income governments adopted the target for their own populations. The Biden administration also endorsed it last September, setting a deadline of September 2022.

At the time, two doses of the vaccines from Pfizer and Moderna were understood to offer very strong protection against even mild disease, and there was still hope that achieving high levels of vaccination coverage would tame the virus. But the emergence of new variants and the spread of the virus in Africa changed the calculus.

The vaccine regimens that had been planned for the developing world offered little protection against infection with the omicron variant. And as sub-Saharan African countries were shut out of vaccine distribution for much of last year, more and more Africans gained protection against the virus from natural infection, which studies have shown works as well as two mRNA doses in preventing infection. New data from WHO shows that at least two-thirds of Africans had been infected with the virus before the omicron wave.

Given these factors, some public health experts in Africa say the broad 70 per cent goal no longer makes sense. “There’s very little value to it. In fact, we will gain much more by getting to more than 90 per cent of people above the age of 50,” said Shabir Madhi, a professor of vaccinology and the dean of the faculty of health sciences at the University of the Witwatersrand in Johannesburg. About two-thirds of South Africans above age 50 are currently fully vaccinated.