Countries, carriers around the globe ground the 737 Max 8 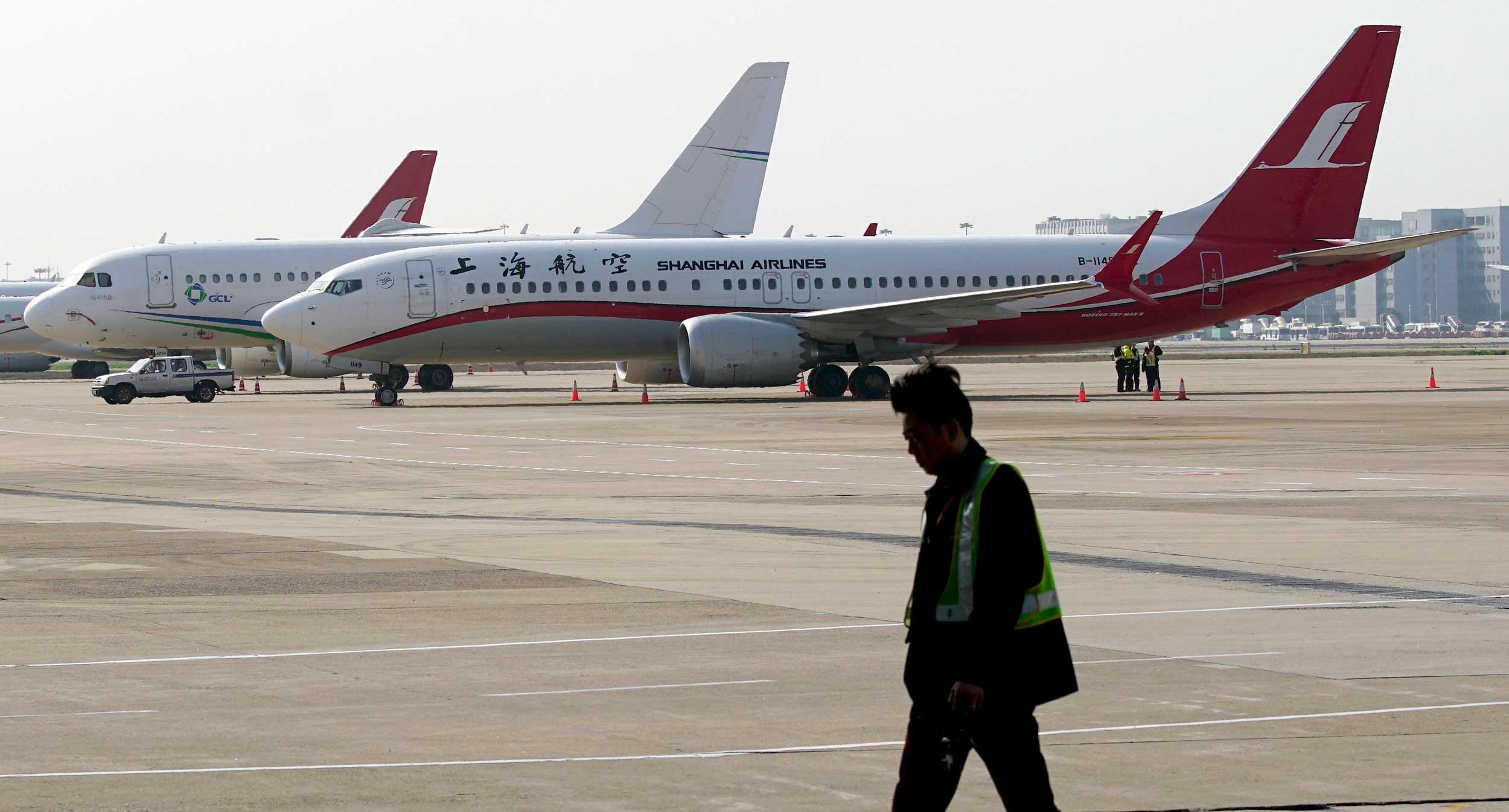 A growing number of airlines around the world have grounded their Boeing 737 Max 8 jets following the crash of an Ethiopian Airlines plane that killed 157 people on Sunday, five months after a similar Indonesian Lion Air jet plunged into the ocean, killing 189.

Here is a list of airlines and countries that have grounded the aircraft so far:

India's Jet Airways says it is 'in contact with the manufacturer' of Max 8 jets and has grounded five of them starting Monday. Indian airline SpiceJet also uses the aircraft, but it's unclear if those planes are grounded. Calls and emails to the company were unanswered on Tuesday. On Monday, India's aviation watchdog ordered a safety assessment of the aircraft. It also issued safety instructions for flying the Max 8 jet.

Australia has announced a temporary ban on flights by Boeing 737 Max aircraft, although none of its airlines currently operate them. The Civil Aviation Safety Authority said on Tuesday that the ban will affect two foreign airlines — SilkAir and Fiji Airways — that use them for flights to Australia. The authority said Singapore's SilkAir has already grounded its 737 Max jets, and that it is working with regulators there and in Fiji to minimise disruptions. It said that Fiji Airways has two 737 Max 8 jets in its fleet. The airline had hoped to continue flying the jets to Pacific destinations.

Brazil's Gol Airlines has suspended the use of 121 Max 8 jets. The airline said it is following the investigation of the Max 8 closely and hopes to return the aircraft to use as soon as possible. Gol said it has made nearly 3,000 flights with the Max 8, which went into service last June, with 'total security and efficiency.'

Cayman Airways, a Caribbean carrier, said it stopped using its two Max 8 jets starting Monday. President and CEO Fabian Whorms said the airline is committed to 'putting the safety of our passengers and crew first.' Whorms said the move will cause changes to flight schedules. Cayman is the flag carrier of Cayman Islands, a British overseas territory. It received its first Max 8 in November and its second earlier this month.

China has 96 Max 8 jets in service, belonging to carriers such as Air China, China Eastern Airlines and China Southern Airlines. The civilian aviation authority directed the planes to be grounded indefinitely on Monday. It said the order was 'taken in line with the management principle of zero tolerance for security risks.' There were eight Chinese citizens on the Ethiopian Airlines flight that crashed shortly after taking off on Sunday. The authority said it will consult the US Federal Aviation Administration and Boeing before deciding when to lift the ban.

A spokesman for Ethiopian Airlines says it will ground its remaining four Max 8 jets as an 'extra safety precaution' while it investigates Sunday's deadly crash. Asrat Begashaw said investigations and the search for bodies and aircraft debris will continue. The airline is awaiting the delivery of 25 more Max 8 jets.

Indonesia says it will temporarily ground Max 8 jets to inspect their airworthiness. Director General of Air Transportation Polana B. Pramesti said the move was made to ensure flight safety. A Lion Air model of the same plane crashed in Indonesia in October. Indonesian airlines operate 11 Max 8 jets. Lion Air, which owns 10 of them, said it will try to minimise the impact of the decision on operations. The other Max 8 jet belongs to national carrier Garuda.

Mexican airline Aeromexico has suspended flights of its six Max 8 jets after the crash in Ethiopia. Aeromexico said it 'fully' trusts the safety of its fleet but ordered the grounding to ensure 'the safety of its operations and the peace of mind of its customers.' It said other planes will take over the routes usually flown by the Max 8.

Singapore has temporarily banned Max 8 jets — and other models in the Max range — from entering and leaving the country. The civil aviation authority said it was 'closely monitoring the situation' and the ban will be 'reviewed as relevant safety information becomes available.' It added that it was in close communication with the FAA, Boeing and other aviation authorities. SilkAir, a regional carrier owned by Singapore Airlines, has six Max 8 jets. It said the ban 'will have an impact on some of the airline's flight schedules.' The authority said flights to Singapore by China Southern Airlines, Garuda Indonesia, Shandong Airlines and Thai Lion Air will also be affected.

South Korean airline Eastar Jet says it will suspend operations of its two Boeing 737 Max 8 planes, the same aircraft involved in the Ethiopian Airlines plane crash that killed 157 people. It says the aircraft will be replaced by Boeing 737-800 planes starting Wednesday on routes to Japan and Thailand. The airline says it hasn't found any problems, but is voluntarily grounding the planes in response to customer concerns.