Advertisement
Home / World / Do children need to wear a mask?

Do children need to wear a mask?

Using a cloth one can help prevent kids from infecting others 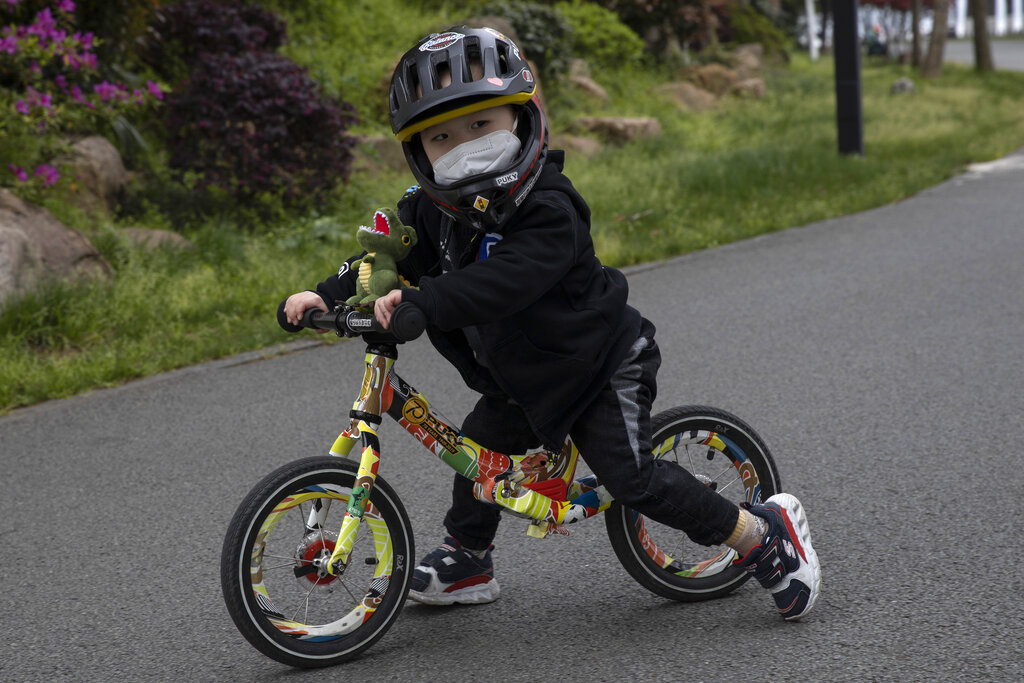 When the Centers for Disease Control and Prevention (CDC) announced last week that all Americans should wear cloth face coverings to prevent the spread of the new coronavirus, the not-so-crafty parents of young children (myself included) immediately started shopping online for kid-friendly designs.

Maybe my squirmy preschooler would be willing to wear a mask if it featured Disney characters?

I really should have known better.

Nope, my daughter said. No mask.

My daughter wagged her little finger. “No, I’m not wearing any mask outside,” she replied. Then (in case I still wasn’t getting it) she added: “If I go outside with a mask, I’m just gonna take it off my ears.”

The CDC has said that cloth face coverings should not be placed on children under 2, nor should they be used on anyone who has trouble breathing — but other than that, the agency has offered no advice about how young children should be using them.

Further confusing matters, the advice to wear a mask is not a requirement, and President Donald Trump has already said that he probably won’t follow the guidelines.

The CDC suggests using face coverings in public where it’s difficult to stay more than six feet apart from other people, and especially in areas where the virus is spreading rapidly, like in New York City.

So, is it crucial for my preschooler to wear one? And if so, could I convince her to wear it safely and properly?

To find out more, I spoke with paediatricians who specialise in infectious diseases. As I discovered, for parents of children who are 6 or under, much of what you decide will depend on where you live, your child’s personality and the places you frequent.

Children are less likely to get severely ill, so why do they need a mask in the first place?

On April 6, the CDC published preliminary findings on pediatric coronavirus cases in the United States. According to the report, 2,572 cases occurred in children younger than 18, and those children were significantly less likely to become seriously ill from the virus than American adults were. They also appeared less likely than adults to develop the main coronavirus symptoms like fever, cough or shortness of breath.

These findings further bolstered the idea that children who become infected might have mild or undetected cases of the disease and could spread the virus to others in their families and communities.

Using a cloth mask on your children can help prevent them from infecting others. If they have the virus, a face covering can prevent their respiratory droplets — the little virus-laden particles that are expelled from mouths or noses while talking, coughing or sneezing — from landing on or around other people, said Dr Mark Sawyer, MD, a pediatric infectious disease specialist at the University of California San Diego School of Medicine and Rady Children’s Hospital-San Diego.

Non-medical face coverings won’t offer complete protection to you or your child. But if used properly, they are better than nothing.

Although children have made up a small proportion of coronavirus cases so far, some have become very sick.

The CDC has estimated that as many as 25 per cent of people with coronavirus may not show any symptoms, which is one reason the virus has spread so rapidly.

Should children be wearing face coverings every time they go outside?

Masks are most useful in public places where your child is likely to come within six feet of another person (for example in a grocery store or pharmacy) and in areas where the virus has been spreading quickly, the CDC said.

If you’re in an environment where you can easily stay at least six feet from other people, like an empty soccer field or a sparsely populated hiking trail, you and your children do not need a mask.

Your child also does not need to wear a mask at home. If someone in your household is ill, try to isolate the sick person and have your child stay at least six feet away if possible, the experts said.

If your child is sick or you think she might be sick, try to avoid going out in public if you can, Sawyer advised.

But if you need to take your child to the doctor’s office, call ahead of time to let them know you’re coming and wear a mask if you have one.

OK, but how am I going to get my toddler or preschooler to keep a mask on?

This is far trickier. Some children will be more open to wearing a face covering than others.

“For anyone who has a toddler, it’s going to be a challenge to keep it on,” Sawyer said. But, he said, having them at least try to wear one is better than having them not try at all.

He advised first explaining to your child why other people are wearing masks and why it is important — because people can spread the virus before they’re showing symptoms, for instance. Set an example by wearing a mask yourself and be sure to offer lots of positive reinforcement when your child does wear one, he added.

You may also want to consider a reward system, suggested Meg Fisher, MD, a pediatric infectious disease specialist and the medical director of the Unterberg Children’s Hospital at Monmouth Medical Center in Long Branch, New Jersey.

For example: if your child wears the mask, you could praise her efforts with a healthy treat like strawberries or yoghurt, or let her pick out a fun sticker.

That being said, parents of toddlers should avoid pushing too hard.

“Forcing a child to do something they don’t want to do in the 2- or 3-year age range is asking for trouble,” Fisher said. “That’s an age where tantrums are common, and the last thing we want is a child to have a tantrum and put themselves in a position where they’re either running away from a parent or running into danger.”

Younger children — particularly those in the earlier developmental stages — will find it more difficult to understand the importance of a mask, Fisher said. “They will put their hands all over the mask, and put it on and off and bring it down below their nose and above their nose and therefore it won’t be doing anything that it’s supposed to be doing,” she said.

In the end, Fisher added, their age and maturity level will determine how likely they are to cooperate.

“It would be a special 2-year-old who would tolerate it,” she said. So parents should use their best judgement.

For children who are 4 or older, see how they’re feeling about wearing a face covering and explain the rationale behind it.

The most effective thing parents can do is teach their children to keep their fingers out of their face and practice hand washing, Sawyer said. But don’t expect that you’ll have an easy time altering their behavior.

Is it safe for a young child to wear a mask?

Masks of any kind should never be used on children younger than 2 because of the risk of suffocation. But the C.D.C. has said that it is safe for children aged 2 and older who do not have breathing problems to wear a cloth face covering made of cotton.

If you are staying at least six feet away from others, the mask itself will not become contaminated. The purpose of the mask is to catch your droplets so that you don’t infect others, Fisher said.