US leaders backtrack on reopenings

Standard approach to controlling the virus in America is not working, says Fauci 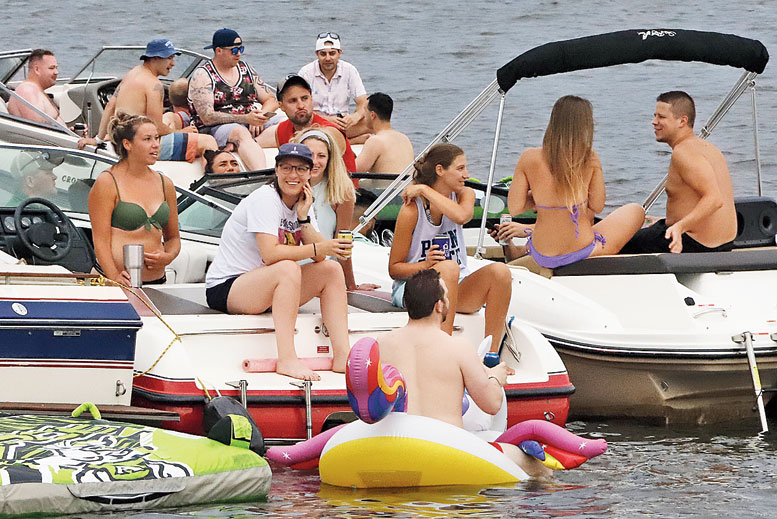 As coronavirus cases surge across much of the US, leaders are urgently rethinking their strategies to curb the spread, which the nation’s top infectious disease expert said on Friday were “not working”.

For the first time, some governors are backtracking on reopening their states, issuing new restrictions for parts of the economy that had resumed.

Leaders in Texas and Florida abruptly set new restrictions on bars, a reversal that appeared unthinkable just days ago. And governor Gavin Newsom of California told rural Imperial County, where hospitals have been overwhelmed with patients, that it must reinstate a stay-at-home order, the most restrictive of requirements.

More than 45,000 new cases were reported on Friday in the US, according to a New York Times database. It was the third day in a row that the country set a daily record during the pandemic. At least six states — Florida, Idaho, Kansas, Oregon, South Carolina and Utah — hit daily highs on Friday, but even leaders outside of the new hot zones in the South and West expressed mounting anxiety.

“This is a very dangerous time,” governor Mike DeWine of Ohio said in an interview on Friday, as cases were trending steadily upward in his state after appearing to be under control for more than a month. “I think what is happening in Texas and Florida and several other states should be a warning to everyone.”

“We have to be very careful,” he said.

The stock market responded badly, with the S&P 500 dropping 2.4 per cent. Losses accelerated after the Texas announcement, adding to investors’ concerns that the virus continued to be a threat to the economy.

The shifting assessments of the nation’s handling of the virus stretched to the highest levels of the federal government, where Dr Anthony S. Fauci, the director of the National Institute of Allergy and Infectious Diseases, made clear that the standard approach to controlling infectious diseases — testing sick people, isolating them and tracing their contacts — was not working.

The failure, he said, was in part because some infected Americans are asymptomatic and unknowingly spreading the virus but also because some people exposed to the virus are reluctant to self-quarantine or have no place to do so.

In a brief interview on Friday, he said officials were having “intense discussions” about a possible shift to “pool testing”, in which samples from many people are tested at once in an effort to quickly find and isolate the infected.

Dr Fauci also issued an urgent warning that while coronavirus infections were spiking mostly in the South, those outbreaks could spread to other regions.

Even in the face of the alarming news, the White House continued to praise its own efforts.

“We have made truly remarkable progress in moving our nation forward,” Vice- President Mike Pence said at what has become a rare public briefing by the coronavirus task force in Washington. “We’ve all seen the encouraging news as we open up.”

Pence did not wear a mask, although the health officials around him did.

The renewed sense of urgency comes as the US confronts a new, treacherous phase of the pandemic, no longer defined by a crisis concentrated in New York City, but by rising cases in many cities and states. Alabama, Alaska, California, Georgia, Missouri, Nevada, Oklahoma and Texas also reported their highest single-day totals of new known cases this week, and the US set records for daily new cases on both Wednesday and Thursday. By Friday, new daily cases were rising in 29 states.

From Miami to Los Angeles, mayors were contemplating slowing or reversing their plans to return cities to public life. On Friday, San Francisco announced it was delaying plans to reopen zoos, museums, hair salons, tattoo parlours and other businesses on Monday.