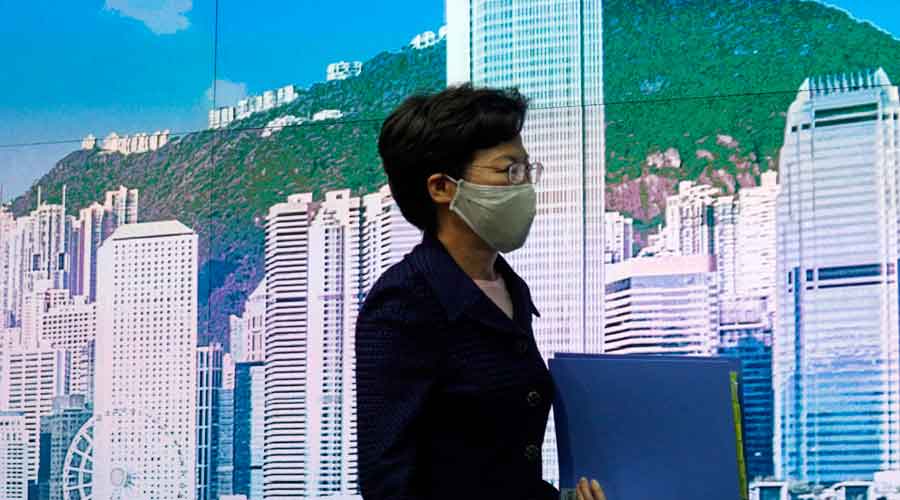 Hong Kong leader Carrie Lam on Friday postponed a September 6 election for the city’s legislature for a year because of a spike in novel coronavirus cases, dealing a blow to the pro-democracy opposition hoping to make gains in the vote.

The Opposition had aimed to ride a wave of resentment of a new national security law, that Beijing imposed on the city on June 30, to win a majority in the Legislative Council, where half the seats are directly elected with the other half filled mostly by pro-Beijing appointees.

The postponement comes after 12 pro-democracy candidates were disqualified from running in the poll, for reasons including perceived subversive intentions, opposition to the new security law and campaigning to win a legislation-blocking majority.

Lam, who said the election would be held on September 5 next year, told reporters the decision was the most difficult she had made in seven months and it was aimed at safeguarding people’s health.

“We have 3 million voters going out in one day across Hong Kong, such flow of people would cause high risk of infection,” Lam said.

Beijing-backed Lam said she had to invoke an emergency law to make the postponement and no political considerations were involved in the decision. China’s parliament would decide how to fill the legislative vacuum caused by it.

The poll would have been the former British colony’s first official vote since Beijing imposed the security law to tackle what China broadly defines as secession, subversion, terrorism and collusion with foreign forces, with punishment of up to life in prison.

Hong Kong returned to Chinese rule in 1997 under a guarantee of autonomy but critics say the new law undermines the Chinese-ruled city’s high degree of autonomy and puts it on a more authoritarian path.

Chinese foreign ministry spokesman Wang Wending said earlier that Hong Kong’s coronavirus outbreak was a factor in its elections, which were a domestic issue. News of the postponement came as the nomination period for candidates seeking to run in the election closed.