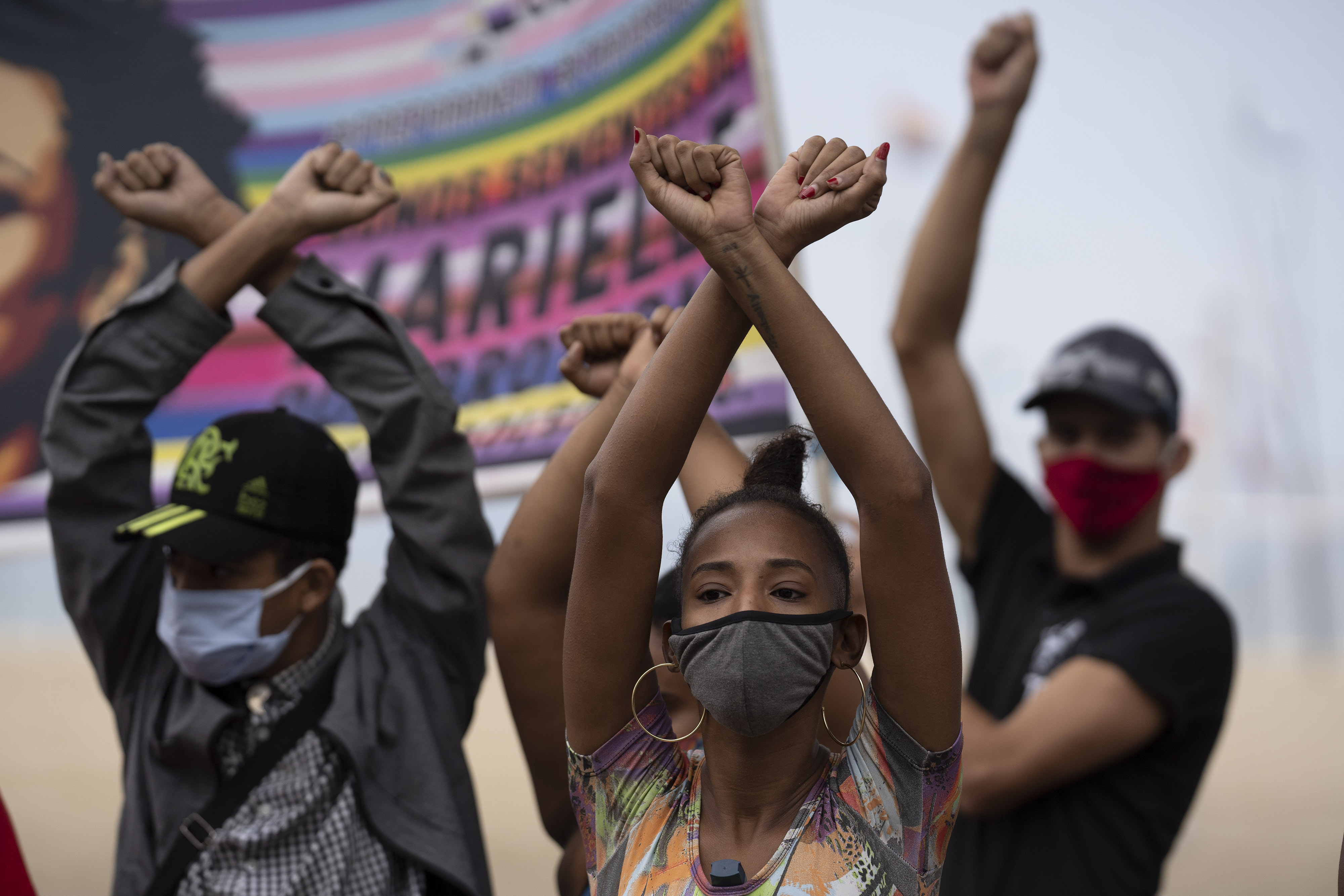 The threats are swirling around the President: Deaths from the virus in Brazil each day are now the highest in the world. Investors are fleeing the country. The President, his sons and his allies are under investigation. His election could even be overturned.

The crisis has grown so intense that some of the most powerful military figures in Brazil are warning of instability — sending shudders that they could take over and dismantle Latin America’s largest democracy.

But far from denouncing the idea, President Jair Bolsonaro’s inner circle seems to be clamouring for the military to step into the fray. In fact, one of the president’s sons, a congressman who has praised the country’s former military dictatorship, said a similar institutional break was inevitable.

“It’s no longer an opinion about if, but when this will happen,” the president’s son, Eduardo Bolsonaro, recently told a prominent Brazilian blogger, warning of what he called a looming “rupture” in Brazil’s democratic system.

The standoff traces an ominous arc for Brazil, a country that shook off military rule in the 1980s and built a thriving democracy in its wake. Within two decades, Brazil had come to represent the energy and promise of the developing world, with a booming economy and the right to host the World Cup and the Olympics.

Since then, its economy has faltered, corruption scandals have toppled or ensnared many of its leaders and an impeachment battle ousted its powerful leftist government.

Bolsonaro, a former army captain, stepped into this tumult, celebrating the country’s military past and promising to restore order. But he has come under blistering criticism for downplaying the virus, sabotaging isolation measures and cavalierly presiding over one of the highest death tolls in the world, saying, “We are sorry for all the dead, but that’s everyone’s destiny.”

He, his family and his supporters are also being pursued on allegations like abuse of power, corruption and illegally spreading misinformation. Yet nearly half of his cabinet is made up of military figures, and now, critics contend, he is relying on the threat of military intervention to ward off challenges to his presidency.

A retired general in Bolsonaro’s cabinet, Augusto Heleno, the national security adviser, shook the nation in May when he warned of “unpredictable consequences for national stability” after the Supreme Court let an inquiry into Bolsonaro’s supporters move forward.

Another general, the defence minister, swiftly endorsed the provocation, while Bolsonaro lashed out as well, saying the police ignore the “absurd orders” of the court.

“This is destabilising the country, right during a pandemic,” said Sergio Moro, the former justice minister who broke with Bolsonaro in April, of the threats of military intervention. “It is reprehensible. The country does not need to be living with this type of threat.”

Political leaders and analysts say that a military intervention remains unlikely. Even so, the possibility is hanging over the nation’s democratic institutions, which are scrutinising Bolsonaro and his family on multiple fronts.

Two of the President’s sons are under investigation for the kind of disinformation and defamation campaigns that helped get their father elected in 2018, and late last month the federal police raided several properties tied to influential allies of Bolsonaro. The Superior Electoral Court, which oversees elections, has the authority to use evidence from the inquiry to annul the election and remove Bolsonaro from office.

Two of his sons are also under investigation for corruption, and the Supreme Court recently authorised an inquiry into allegations that Bolsonaro tried to replace the federal police chief in order to protect his family and friends.

Even the President’s handling of the pandemic is under legal threat: On Monday, a Supreme Court justice ordered the government to stop suppressing data on Brazil’s surging death toll.

The threats of military intervention have incited a broad backlash, even from some senior members of the armed forces. And General Heleno, the national security adviser, later said he that did not support a coup, contending he was misunderstood.

Still, military and civilian officials in Bolsonaro’s own administration — as well as allies of the President in Congress, evangelical megachurches and military associations — say the maneuvering is aimed at heading off any attempts by Brazil’s legislative and judicial institutions to oust the president.

Silas Malafaia, a Right-wing televangelist close to Bolsonaro, insisted that the Pesident had not told him of any plan for military intervention. Still, he argued that the armed forces had the right to prevent courts from overstepping or even ousting the President.

“That’s not a coup,” Malafaia said. “It’s instilling order where there is disorder.”

The pro-Bolsonaro officials issuing such threats are generally not referring to the way coups have often been carried out in Latin America, with the armed forces toppling a civilian leader to install one of their own.

Instead, they seem to be urging something similar to what happened in Peru in 1992, when Alberto Fujimori, the Right-wing leader, used the armed forces to dissolve Congress, reorganise the judiciary and hunt down political opponents.

Bolsonaro, who still draws support from about 30 per cent of Brazilians, already casts himself as the embodiment of Brazilian military culture, and portrays the armed forces as ethical and efficient managers.

Brazil’s armed forces already exercise exceptional influence in his government. Military figures, including retired four-star generals, account for 10 of 22 ministers in the cabinet. The government has named nearly 2,900 other active-duty members of the military to administration posts.

The clout of Brazil’s armed forces was on display when congressional leaders mostly exempted them from a 2019 pensions overhaul, allowing members of the military to avoid the deeper benefits cuts endured by other parts of society.

Building on Brazil’s public health successes in fighting previous epidemics, the health ministry pushed early on in the crisis for social distancing measures to slow the virus’s spread.