Flight attendants say they have been told not to confront passengers 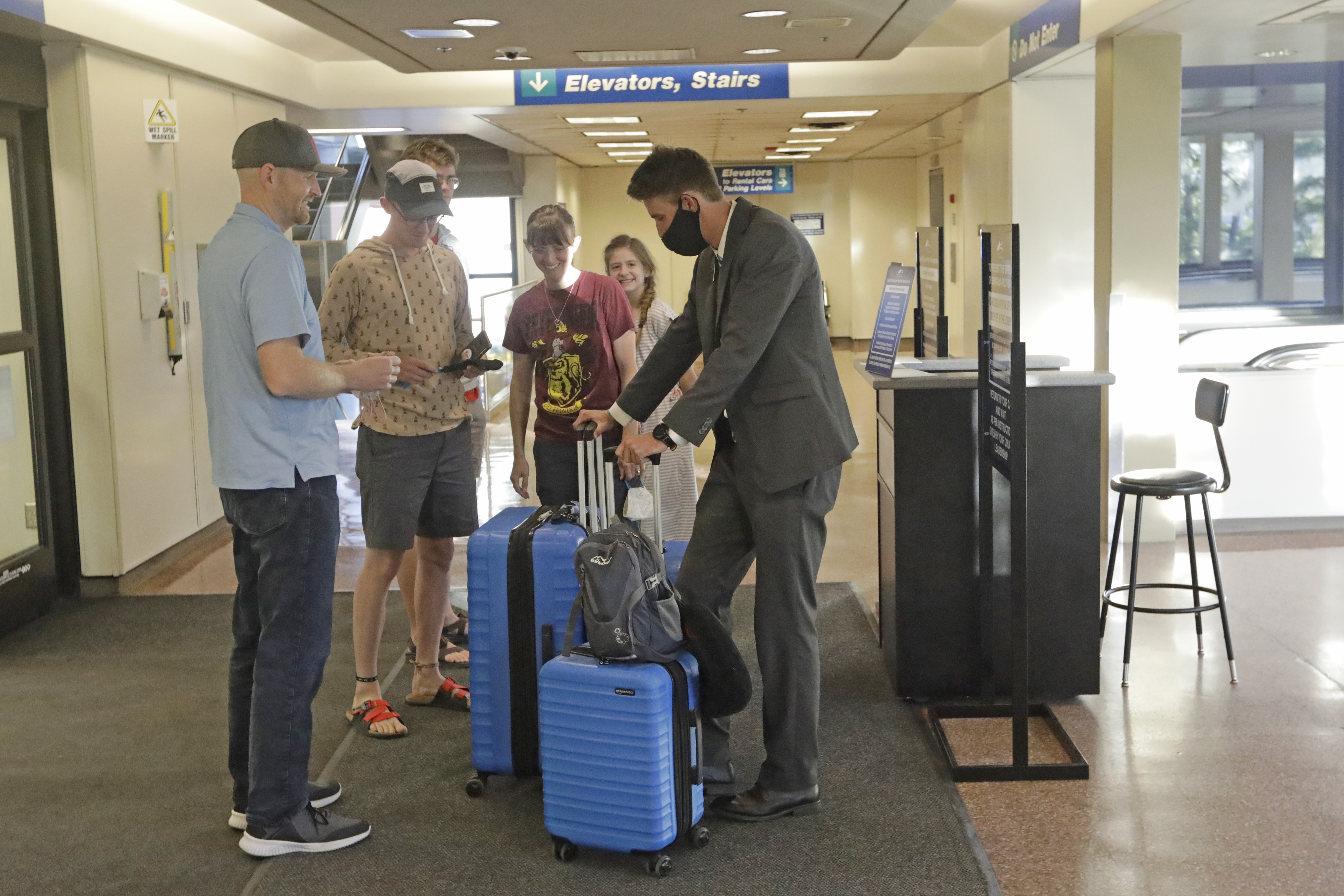 As airlines try to convince Americans to fly again, they have touted their policies for keeping passengers safe, including the requirement that everyone onboard a plane wear a mask.

But travellers on recent flights said the rules are not being enforced. And flight attendants said they have been told not to confront passengers who opt to not follow them.

Drusilla Lawton flew from South Carolina to Wyoming in May on two American Airlines flights and said the mask rule wasn’t being enforced during boarding or on the plane. “I was just horrified watching the gate agent let people through without their masks,” said Lawton, a part-time portfolio manager. “When I was walking down the aisle I was wondering, ‘How many people aren’t wearing a mask?’ There were so many.”

Lawton said the first leg of the trip was “particularly bad” and the people across the aisle from her, those in front of her and those behind her did not wear masks. Although the woman sitting next to her put on a mask after Lawton asked her to, there was never an announcement from the flight crew or captain about the rules.

On social media and in emails to The Times, other travelers described similar scenarios, which left them feeling they had to choose between confronting fellow passengers and possibly encountering hostility, and sitting on a flight for hours potentially being exposed to the coronavirus.

The patchwork enforcement of policies has left passengers uncomfortable, confused about whether they should be wearing masks or not, and concerned about their safety. They’ve also left flight attendants with the difficult task of trying to make people do something they won’t be punished for if they choose not to comply.

“Airlines have said follow the guidelines, but don’t enforce them, don’t tackle people to the ground and don’t turn flights around if they don’t listen,” said Sara Nelson, president of the Association of Flight Attendants union. “That gets around to the public then it’s, ‘I don’t have to do this. There are no consequences if I don’t do this.’ That, too, can lead to conflict, not just with the flight attendants, but with other passengers, who get angry and all of a sudden we have to break up a fight.”

Recent passengers on Delta Air Lines have posted on Twitter about fliers failing to wear masks (“What’s the point in requiring if there is no follow through?” one man asked the airline in a tweet). Another Delta passenger wrote on Twitter that he asked a flight attendant about the mask rule after seeing a passenger, a flight attendant and the pilot without masks on. He was told that the rules couldn’t be enforced.

And after one doctor’s Twitter post about the lack of social distancing on a United Airlines flight went viral, another United traveller said she’d had to ask a gate agent to put on a mask before getting on a full flight to Chicago from New Jersey.

“If you’re travelling right now, be prepared to advocate for yourself,” she wrote, adding that, “United did not follow their own social distancing guidelines,” and many travelers were not wearing masks.

Nicole Carriere, a spokeswoman for United, said that face coverings are mandatory for all employees and passengers onboard and the airline is providing free masks to customers who need them. In instances where people refuse to wear a mask, they can be pulled aside “to further understand their concerns and discuss options,” Carriere said.

“This would include things like moving them to a new seat where they could maintain a safe social distance from other passengers.”

Denying someone boarding would be a “last resort,” she said.

Aims Coney, 65, recently flew from Missoula, Montana, to Boston with his wife. When the boarding group for their second flight, on American, was called, people gathered close together, causing him some anxiety about the lack of social distancing, Coney, who is known as Andy, said in a phone interview.

“The crew made no effort to ask passengers to wear their masks properly and even joked about the rule with an obnoxious guy across from us with his mask under his chin who seemed to be enjoying making everyone else uncomfortable,” he said.

Coney, said that he and his wife were also particularly concerned about people travelling without masks because the two of them are in the “over-65 vulnerable group” and had been deferring their return home to Massachusetts since mid-March. They only decided to fly home after American announced its social-distancing rules and safety measures.

Typically, when an event as major as the coronavirus is involved, government agencies, including the Federal Aviation Administration, the department of transportation, the department of labour and the occupational safety and health administration, have come together with airlines, unions and other stakeholders to create policies and emergency procedures to help travellers and transportation staff, said Nelson of the flight attendants union.

But since the coronavirus pandemic began, no such coordination has taken place. That has left the airlines to set their own rules — and their own standards of enforcement.

“In normal times something like this calls for a federal response, but we don’t have it,” Nelson said. “In an event like 9/11 things were incredibly transparent. There were emergency procedures put into place. None of that is happening now. We don’t have consistent rules, so the airlines are trying to figure out how to navigate this.”

Last month, Reuters reported that the three airlines instructed their employees not to enforce the rules that had been promoted to travellers.

Nelson said that one concern for flight attendants has been about what happens if there’s a confrontation with a passenger who is asked to wear a mask, but doesn’t want to. “All of this is so fuzzy because the airlines have made this edict and they can’t enforce it,” said Benet Wilson, an aviation expert.