Former British PM hints at discrepancy within the government 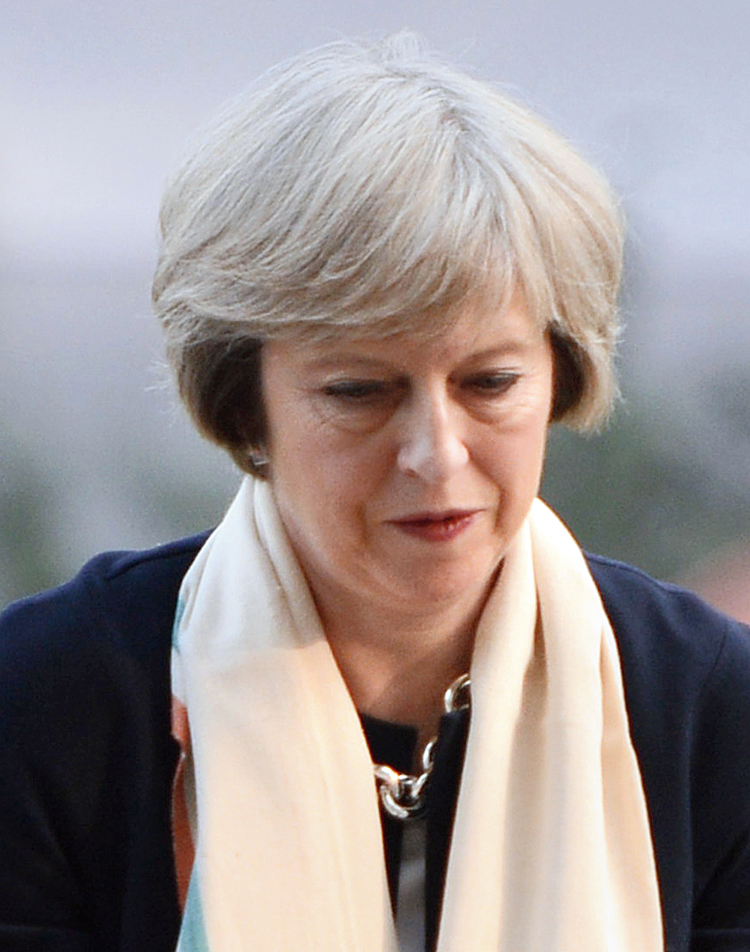 The convention is that an incumbent Prime Minister is not attacked by his immediate predecessor if they are from the same party but on Saturday Theresa May came out against Boris Johnson by attacking his chief adviser, Dominic Cummings.

She chose a well-established method of doing so — writing a letter to her constituents who have complained to her that Cummings broke the rules of lockdown by driving 264 miles from his residence in London to his father’s home in County Durham, and also doing a 60-mile return trip on his wife’s birthday to Barnard Castle, allegedly to test his eyesight.

Boris has said he considered the matter “closed” but the affair is still rumbling on. The real worry is that members of the public will be emboldened by Cumming’s example and not follow the government’s new guidelines on keeping the coronavirus at bay as it attempts a gradual easing of the lockdown.

From Monday, people are being encouraged to return to work if they can and also schools are reopening for the most junior and senior classes. Even these limited measures have met with opposition from a number of scientists who have warned Boris he is risking a second and potentially worse second wave of the pandemic.

In her letter, May, the MP for Maidenhead, a large market town in Berkshire, set out what many other Tory MPs are saying.

She pointed out: “Unprecedented measures have been necessary to prevent the spread of Coronavirus and I want to thank everyone in the Maidenhead constituency and across the country who has been following the government’s rules and guidance.

“The Prime Minister and Dominic Cummings have both made statements about Cummings’ actions.

“What this matter has shown is that there was a discrepancy between the simple messages given by the government and the details of the legislation passed by Parliament.

“One of my biggest concerns has been that the ongoing focus on Mr Cummings has been detracting from the most important task, which is dealing with coronavirus and starting the process of recovery and easing lockdown.”

She added: “During this challenging period, my office and I will continue to work hard to support constituents, to work with the local community and to raise ongoing concerns and views with the government.”

A Guardian analysis covering 117 MPs found they have received a total of 31,738 mostly angry emails about Cummings.

It is clear that Boris considers Cummings to be indispensable but his presence in 10, Downing Street, appears to be undermining the government.

The good news on Saturday was that it was a beautiful, sunny day across the UK. But that was also ironically bad news because parks and beaches were crowded and many people were behaving as though the virus did not exist.

Boris has the very difficult task of balancing the need to restart the economy with the risk of a second flare up of the disease. The government’s former chief scientific officer did not disagree with the suggestion that Boris had taken a political decision to ease the lockdown as a way of diverting attention away from Cummings.

King told LBC talk radio that to risk losing the gains made doing the lockdown was “simply a dereliction of duty”. Professor Peter Horby, of Oxford, joined scientists Sir Jeremy Farrar and Professor John Edmunds, all members of the Scientific Advisory Group for Emergencies (Sage), to warn that ministers were taking risks.

Asked if it was too soon to ease more of the lockdown, Horby told BBC Radio 4’s Today programme: “Actually, I do. You know, we have still got 8,000 (new) cases a day. We have been very successful in bringing it down, decreasing the numbers because of the social distancing. Returning to a situation where we lost control again is far worse than another week or two of social measures.”

Farrar summed up his objections on Twitter: “Covid-19 spreading too fast to lift lockdown in England.”