The latest 'Civil Society Atlas' shows a disturbing trend: All over the globe, rights and freedoms are being limited 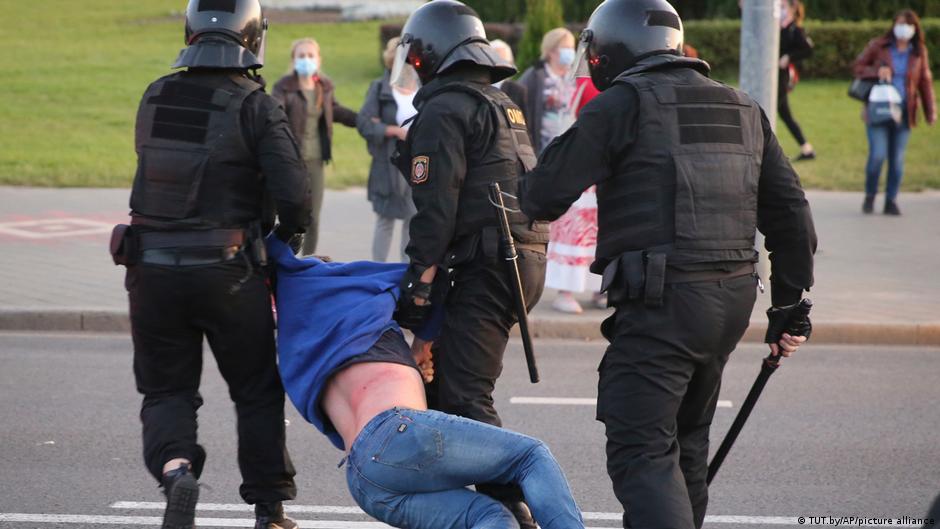 The latest Civil Society Atlas shows a disturbing trend: All over the globe, rights and freedoms are being curtailed – with particular setbacks also in Europe.

Engagement in civil society can take many forms: environmental activism, fighting for gender equality, Indigenous groups joining forces. People unite for better working conditions, want to live their sexuality freely, defend themselves against various forms of oppression and much more.

Sometimes these initiatives are welcomed by governments – such as when citizens help the state to take care of refugees, as millions of Germans are doing to help those who have fled Ukraine. But many others are not.

People worldwide are feeling the effects. Silke Pfeiffer, head of the Human Rights and Peace unit at the Germany-based non-governmental organization Brot für die Welt (Bread for the World) illustrates this to DW with a shocking figure: "Only 3% of the world's population are fortunate enough to live in countries where the conditions for civil society action can be described as 'open.'"

Only 240 million people in 'open' countries

Of the nearly 8 billion people in the world, that is only 240 million. On the other hand, more than 7 billion people live in countries where critics are harassed, persecuted, and detained, where fundamental rights are curtailed.

These figures come from the latest "Civil Society Atlas," which Brot für die Welt is now presenting for the fifth time. It confirms a trend recently stated in the Bertelsmann Transformation Index and Amnesty International's annual report: Democracy is in retreat worldwide; human and civil rights are coming under pressure in an increasing number of countries.

An essential component of the Civil Society Atlas is the CIVICUS Monitor. The non-governmental organization CIVICUS, headquartered in Johannesburg, South Africa, constantly evaluates reports from partner organizations globally, as well as public sources. Based on this data, countries are divided into 5 categories, from "open" to "closed." Compared to their previous report, only one country has improved: the status of Mongolia was upgraded from "restricted" to "impaired."

At the same time, 14 countries have moved down the rankings, including two European Union member states: The Czech Republic and Belgium deteriorated from "open" to "impaired". "In the case of Belgium, this is due to the police crackdown on peaceful assemblies in late 2020-early 2021," Silke Pfeiffer explains.

In Belarus, as with Nicaragua, the CIVICUS Monitor diagnosed that the situation had deteriorated so badly that both countries were put in the worst category: "closed." That category includes 23 other nations such as North Korea, China, and Saudi Arabia.

In Russia, classified in the second-worst category of "suppressed,"the situation had already been deteriorating over recent years. "It has worsened since the war of aggression against Ukraine," Silke Pfeiffer observed. "People who have taken to the streets [to protest the invasion] are arrested en masse, media outlets are shut down, certain things are no longer allowed to be reported on. Significant voices are now forced to go abroad."

One of those voices is Angelina Davydova. Since late March, the journalist, civil society expert and environmental activist has been in Berlin. She left Russia via Istanbul, like so many others. Davydova described the growing pressure that civil society has faced over recent years and the repression of activists. She speaks of the "huge shock" caused by the ban of the country's most renowned human rights organization, Memorial International, at the end of last year – because it was a sign that their work "is perceived by the state as being hostile." Memorial was founded in the Soviet era and honored for its work with the Alternative Nobel Prize in 2004.

Despite these growing difficulties, many activists have chosen to stay, Davydova said. She wishes for the West to remain in dialogue with Russian civil society – and never forget "that there are also people in Russia who think differently and civil society initiatives that are important."

A key topic in the Civil Society Atlas is digitization. According to Rupert Graf Strachwitz, civil society expert at the Maecenata Foundation: "The possibility of disseminating information without having a 'gatekeeper' in between was one of the reasons civil societies has been able to develop so strongly over the past 30 years."

The power of digital media is also demonstrated by the extent to which particularly authoritarian regimes are upgrading their technological capacity. The goal: to tighten the room for maneuver that has opened in the digital space.

According to the Atlas, one particularly drastic measure is being more commonly used: shutting down the Internet completely. For example, many social media sites in Tanzania were blocked in the days surrounding the 2020 presidential election. In India, which likes to describe itself as "the biggest democracy in the world", the plug was pulled on the information stream in various regions more than 100 times last year.

The downsides of digitalization include the spreading of misinformation and hate speech. According to the Atlas, Russia was weaponizing lies on a large scale even before its invasion of Ukraine began. The right to information, however, is a fundamental human right and an essential prerequisite for a functional civil society, explained Silke Pfeiffer. "If this right is curtailed by the spreading of false reports, it erodes a key foundation for civil society engagement."